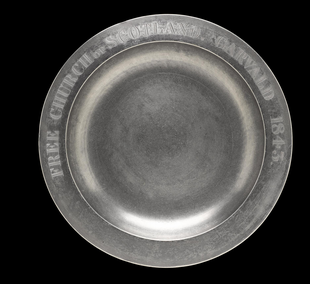 Pewter communion plate, with FREE CHURCH OF SCOTLAND, GARVALD 1843 engraved in cross-hatch lettering round the flat rim, by Robert Whyte of Edinburgh 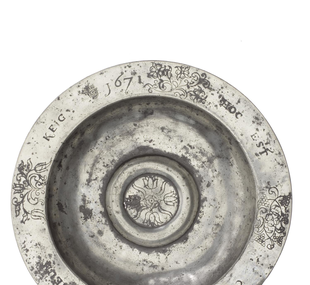 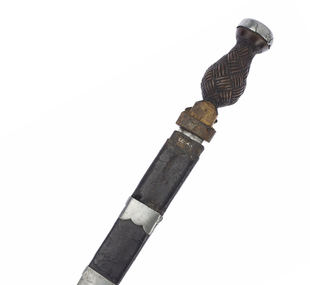 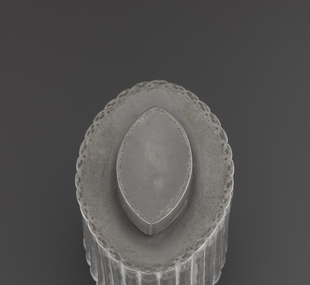 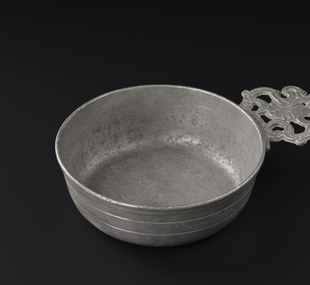 Oblong beggar's badge with cut corners and border of raised dots, from the parish of Dysart, late 18th century 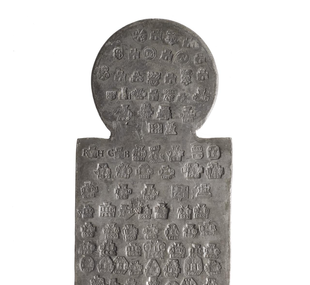 Touch plate of the Edinburgh Pewterers, the touches being the official record of the individual craftsmen's marks from c. 1590 - 1749 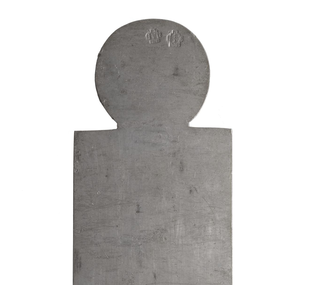 Touch plate of the Edinburgh Pewterers with only two touches, dated 1760 and 1764 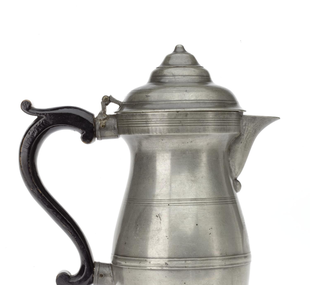 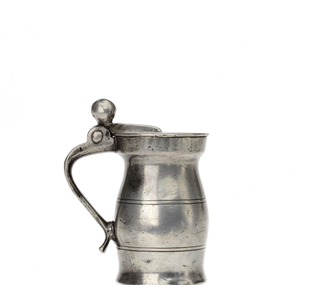 Pewter baluster measure with ball thumb-piece for a Scots half gill, marked 'W I, 1771' on the inside of the lid 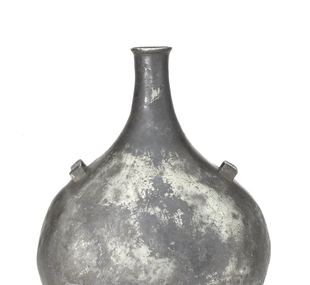 Costrel or bottle of flask shape on a spreading rim foot, with flattened staple-shaped strap loops on the shoulders, with the mark of Patrick Walker of Edinburgh on the base, 1607 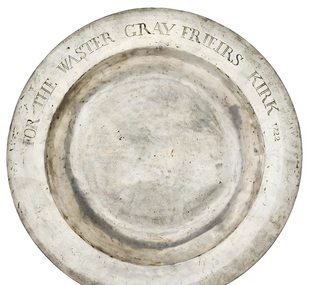 Large communion bread plate of pewter, with a wide rim sloping steeply into a deep base, for the Waster Gray Frieirs Kirk, 1722 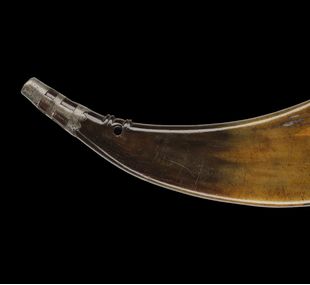 Powder-horn made of flattened cow horn with pewter nozzle mount, decorated with a crowned lion, a unicorn and the initials IF, 1673 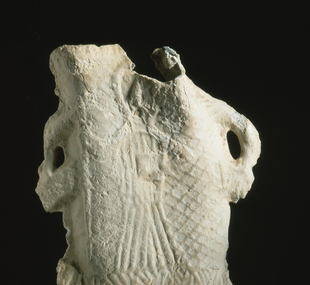 Pewter ampulla with lugs, on one side a male figure with book and pastoral staff, on other an altar with candlesticks and cross, from south of Craigmillar Farm steading, Edinburgh, early 13th century