String of thirty nine glass and paste beads of various colours and patterns, from a grave of a woman and infant, Westness, Orkney, 850 - 900 AD 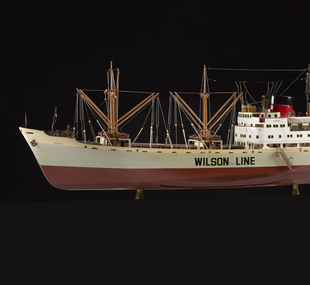 Fertility figurine (known as a Paddle doll) consisting of a flat, painted wooden body with the body with a separate string of mud beads intermixed with folded straw (imitating gold ornaments) beads suspeneed at the top as a representation of hair: Ancient Egyptian, Upper Egypt, Thebes, early Middle Kingdom, c.2125 - 1795 BC 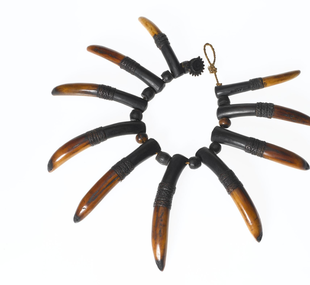