Pieces of a leather belt with a plain metal buckle, found on top of a jacket at Gunnister, Shetland Button or belt mount of bronze, circular and hollow with loops underneath, found in 1869 at Grosvenor Crescent, Edinburgh, Scotland 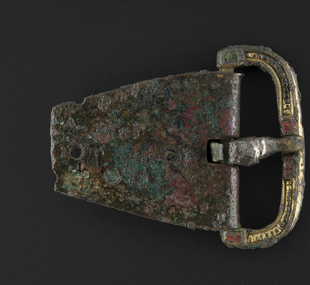 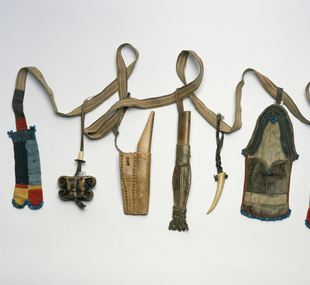 Belt hook of gilded bronze with decoration of two animal heads with glass eye-bead roundel between them: China, Han Dynasty