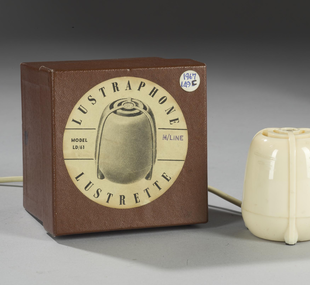 Microphone by Lustraphone in a moulded plastic case 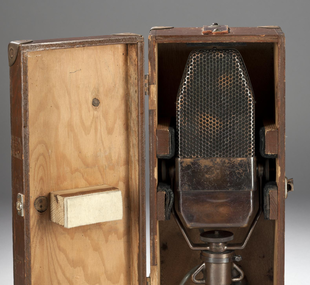 Microphone from a cassette tape recorder, made in Holland for Pye Limited of Cambridge, England about 1970 Reslo microphone consisting of a cylindrical mouthpiece mounted on a hinged base screwed to a bakeltie stand, made in England Iron tripod with spherical microphone on an adjustable brass bracket, probably made in England Miniature reel-to-reel tape recorder with an accessory case for earphones and two microphones, made by Aiwa Co. Ltd of Japan, 1960 Microphone, one of a collection of items relating to Sheila Scott, OBE