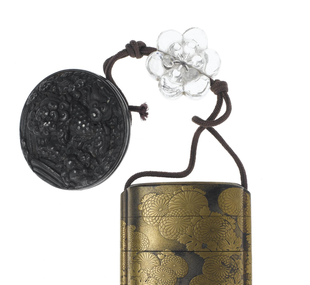 Inro or medicine case of lacquered wood, with four compartments, with a landscape and chrysanthemums in gold lacquer on a powdered gold ground, and with a crystal ojime and an iron kagamibuta: Japan, 17th century 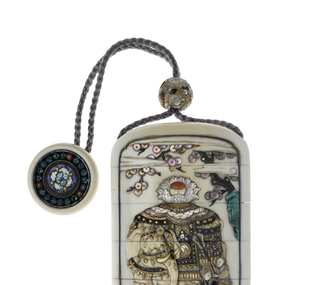 Inro with four compartments, of ivory decorated with caparisoned elephant and Chinese children (karako) in mother-of-pearl, malachite and steatite, suspended from a kagamibuta netsuke of ivory set with glass and emamel, and held by a lacquer ojime encrusted with mother-of-pearl and steatite: Japan, by Shibayama Kazuyuki, late 19th century 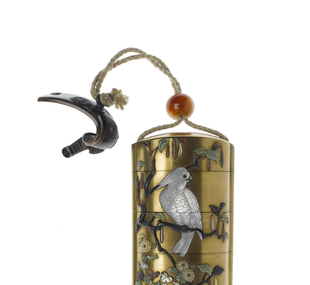 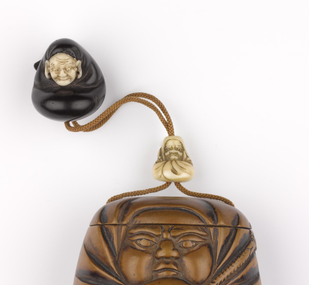 Wooden tobacco box (tonkotsu), with a lid on cords, carved in the form of Daruma, with a wood and ivory netsuke and an ivory ojime in form of Daruma: Japan