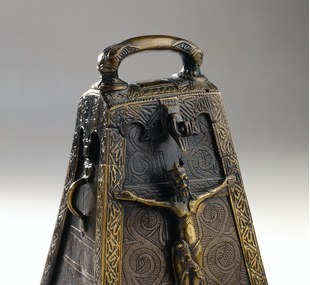 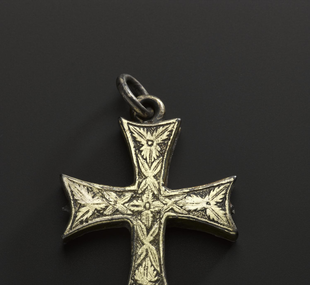 Silver gilt reliquary in the form of a locket, shaped like a Maltese Cross, from Threave Castle, Kirkcudbrightshire, 15th century 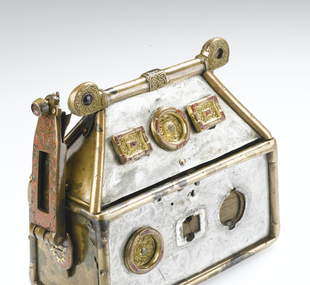 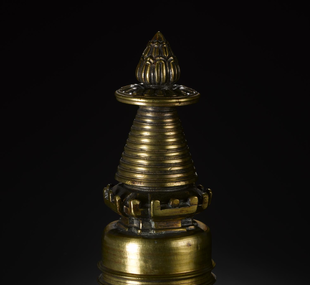 Reliquary of gadrooned and chased silver with a cylindrical glass body, with cherub heads at sides of glass: Italian, Venice, mark of the controller of the mint; winged lion's head above the initials MP, late 17th to mid 18th century Reliquary casket, of copper alloy, champlevé enamels and gilding, decorated with the Journey and Adoration of the Magi or Wise Men: French, Limoges, early 13th century