Working model of high pressure steam engine, with overhead crank and brass cylinder, scale 1:8, made in 1850 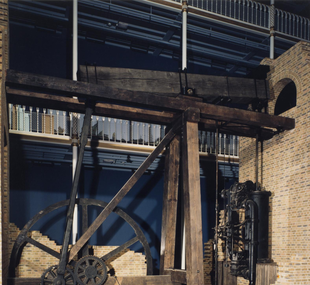 Various working parts assembled to form one of James Watt's original Sun and Planet engines, in use until 1885 at Barclay and Perkins Brewery, Southwark, London, built by Matthew Boulton and James Watt, 1786 Model of the Trevithick high pressure steam engine of 1804 copied from the original in the Science Museum, London, to a scale of 2 inches to 1 foot 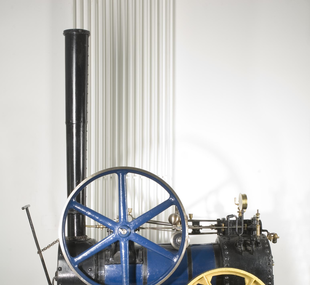 Model stationary steam engine, pre 1856, with a single vertical cylinder on a cast iron 'table', made by C.A. Deane of London, and restored by the Royal Scottish Museum Workshop in 1966 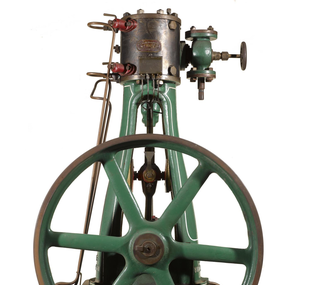 Valve setting model of a steam engine, of wood and brass construction, used as a drawing office aid