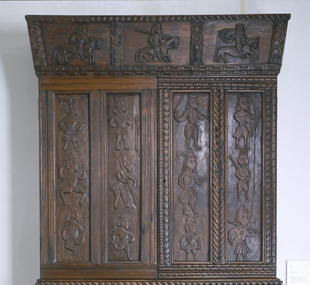 Bookcase made of carved oak panels and featuring a piper playing a bagpipe with a single drone, said to be from a late 16th to early 17th century bedstead from Threave Castle and later Greenlaw, bookcase by Joseph Train, early 19th century

Baluster-shaped, turned wooden snuff-mull, possibly part of the top of a drone from a set of bagpipes 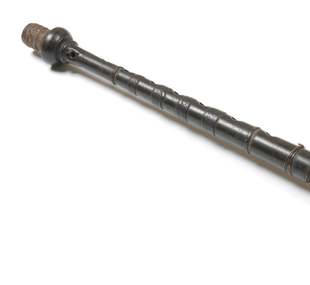 Highland bagpipe chanter of wood, sole missing, split and bound with thread, with one extra hole drilled in the chanter neck above and to the right of High A, made by Donald MacDonald of Edinburgh, c. 1810 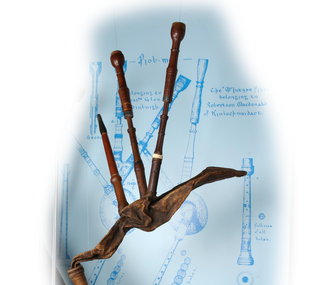 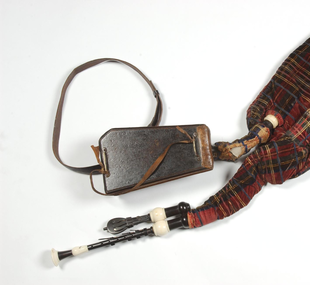 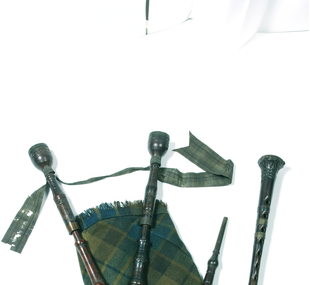 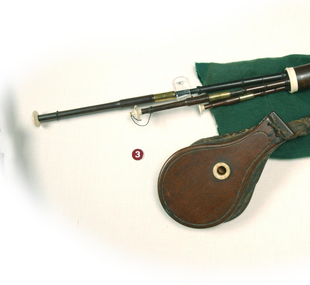 Set of bellows bagpipes or small pipes of ivory, made by John Naughtan of Aberdeen, 1824 - 1842 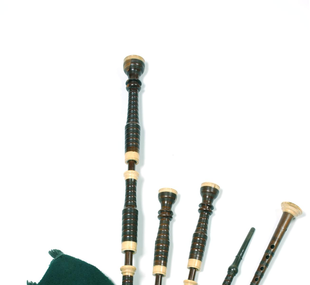 Set of Highland bagpipes made of laburnum mounted with horn and having a sheepskin bag with a green wool cover, made by J. and R. Glen, Edinburgh, c. 1880 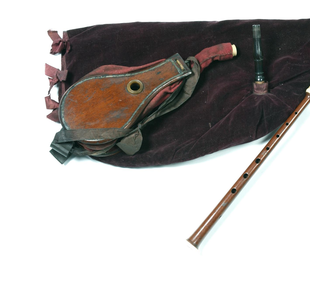 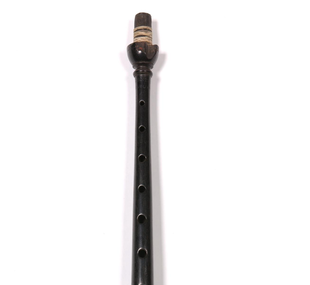 Chanter with an ivory sole for a set of half size set of Highland bagpipes, by James Center, Edinburgh, c. 1910