One of a set of metrological instruments used by C. Piazzi Smyth at the Great Pyramid - a comparative scale of British and Pyramid inches by Casella, ceramic base, in a case with a thermometer, 1867 One of a group of four telescopic end gauges Silver tetradrachm of Alexander III (the Great), Kingdom of Macedon, minted at Amphipolis, c. 324 - 323 BC 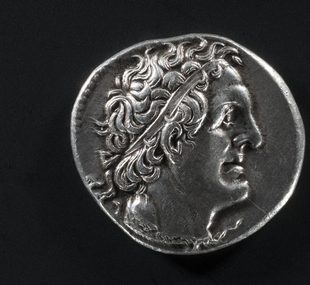 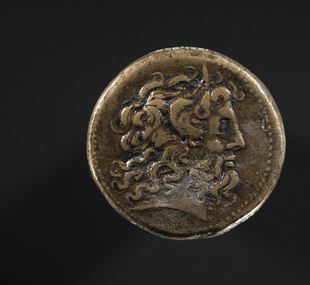 Silver tetradrachm of Cleopatra VII, showing diademed head of Ptolemy I. Year 3 of her reign. Egypt, 49 BC 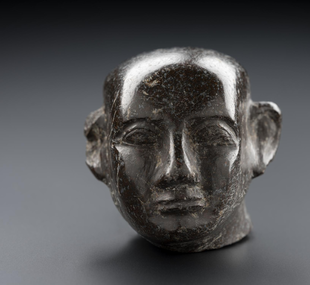 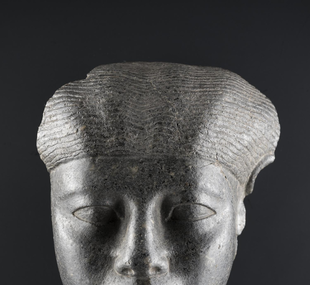 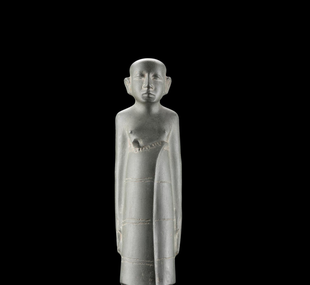 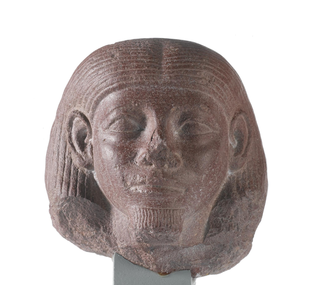 Head of a statue in red quartzose sandstone, of a man wearing a wig of lappet type, broken off at neck: Ancient Egyptian, Middle Kingdom, mid-12th Dynasty 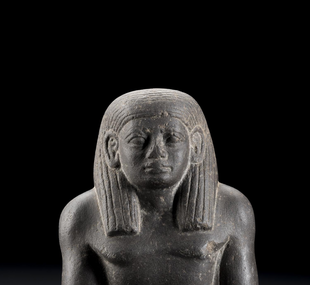 Upper part of a statue made of greywacke or schist of a seated man wearing a long wig with lappets: Ancient Egyptian, Middle Kingdom, 12th Dynasty 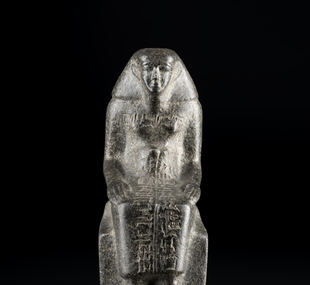 Statue in black granite of a man named Amenyseneb seated with his hands upon his knees, wearing a shoulder-length wig, inscribed across his chest and down his kilt: Ancient Egyptian, Upper Egypt, probably Abydos, Middle Kingdom, 13th Dynasty 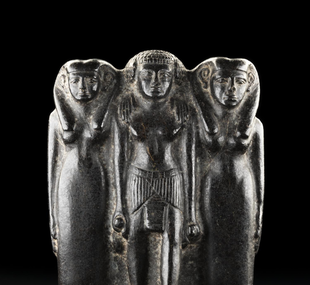 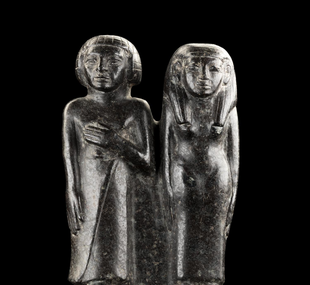 Statue in black serpentine of a man and his wife shown standing on a rectangular podium with a rough inscription: Ancient Egyptian, Upper Egypt, Thebes, Middle Kingdom, Late 12th Dynasty