Model of a patent Corliss engine, horizontal and non-condensing, scale 2 inches to 1 foot, made from designs by Messrs Douglas and Grant of Kirkcaldy, 1876

Model of Richard's steam engine indicator and gear, made in the Museum workshop for attachment to the model of the Corliss engine, scale 2 inches to 1 foot Parsons' turbo-generator, number 261, made by Clarke, Chapman, Parsons and Co. of Gateshead on Tyne in 1889 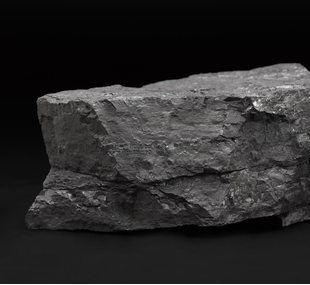 Lochgelly parrot coal, two samples from a group of specimens of coal and associated rocks taken from different parts of the bore of the Minto Pit of the Lochgelly Iron and Coal Co.