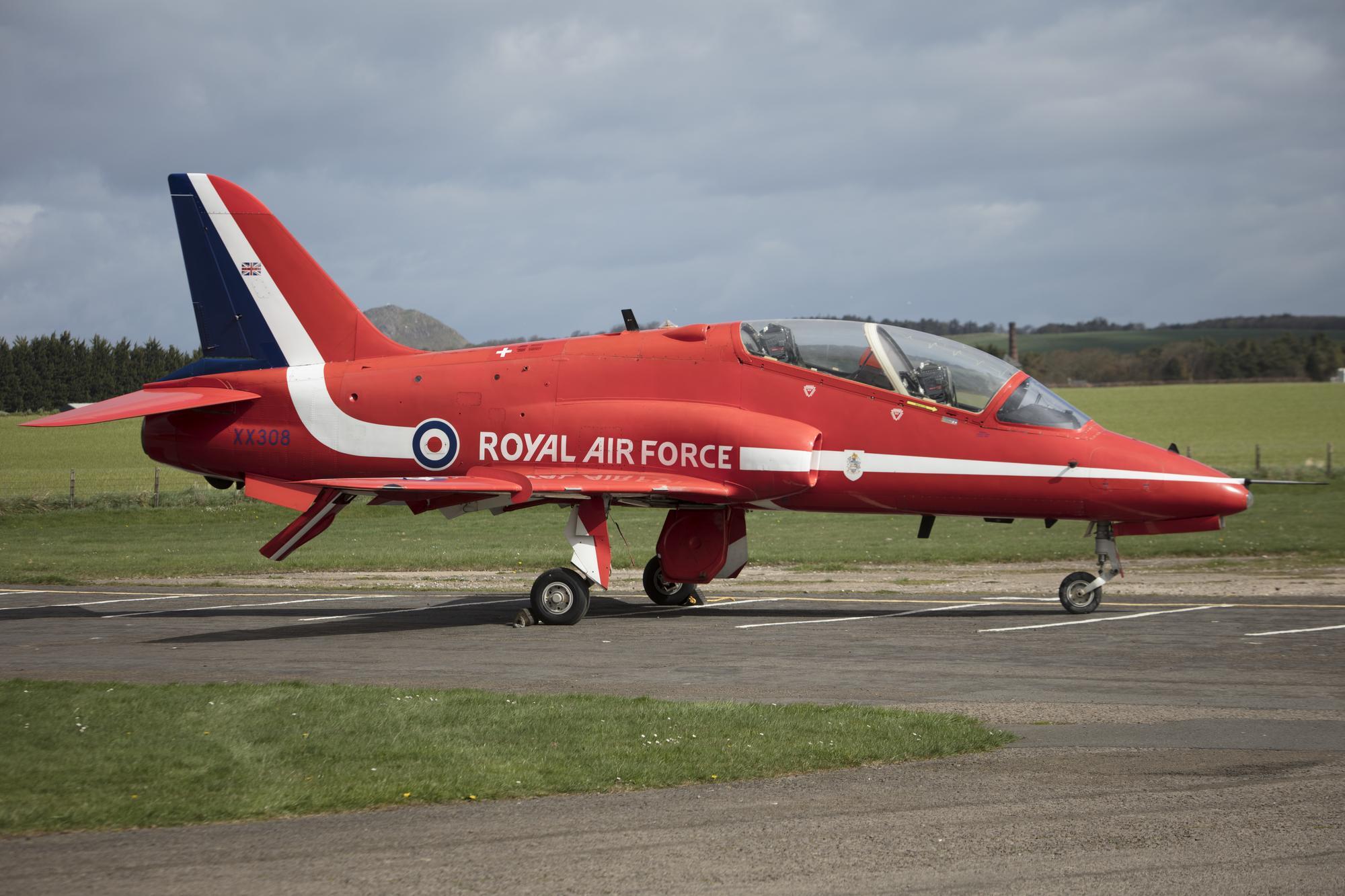 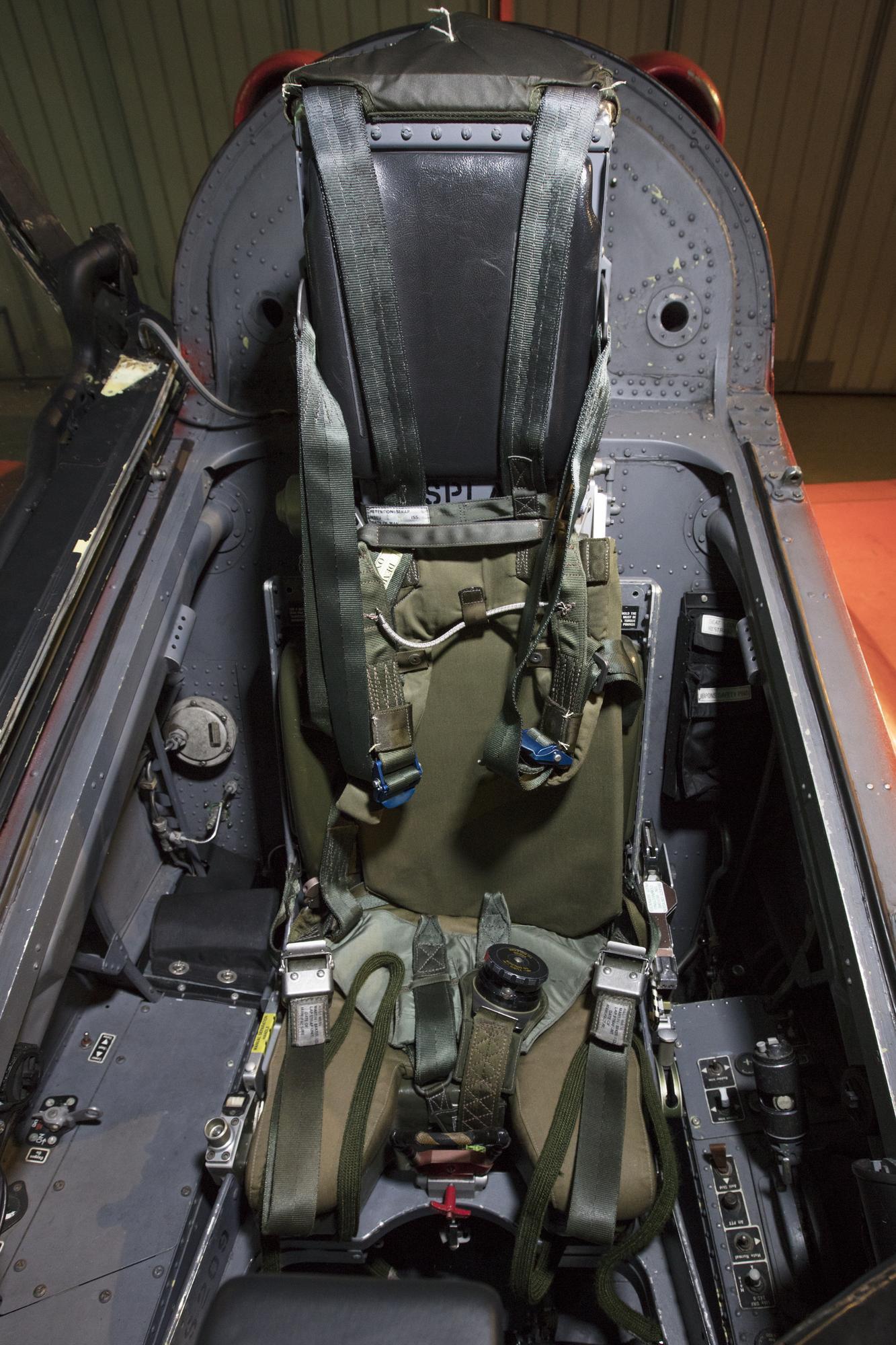 British Aerospace (BAe) Hawk T.1A, serial number XX308, construction number 143/312133, delivered to the RAF on 23 April 1980, this aircraft was operated by the Royal Air Force Aerobatic Team, better known as the Red Arrows, between 1985 and 2013 and on 1 July 1999 was flown by Red 1, Wing Commander Simon Meade, in formation with the Red Arrows and Concorde over Edinburgh to celebrate the opening of the Scottish Parliament