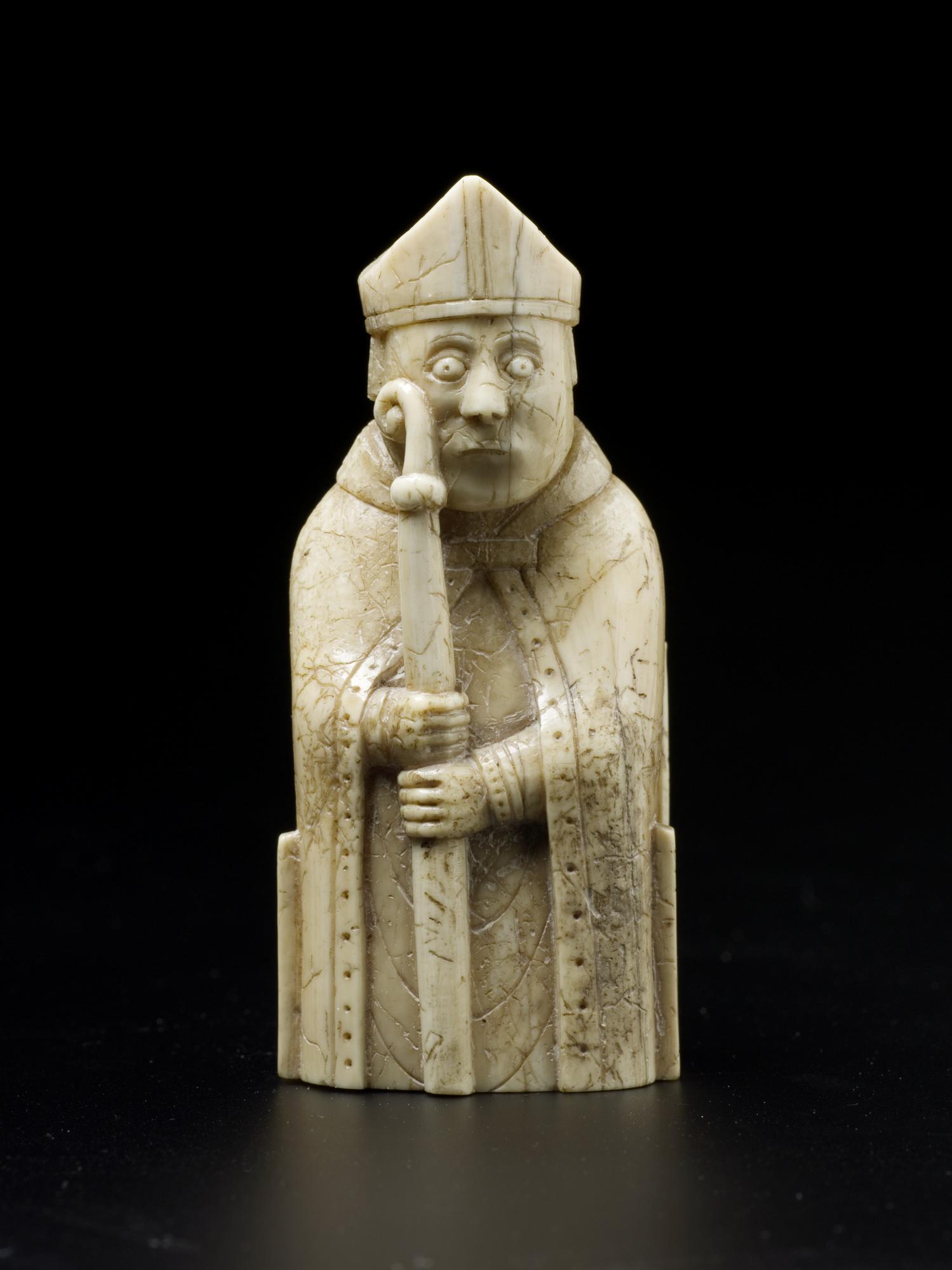 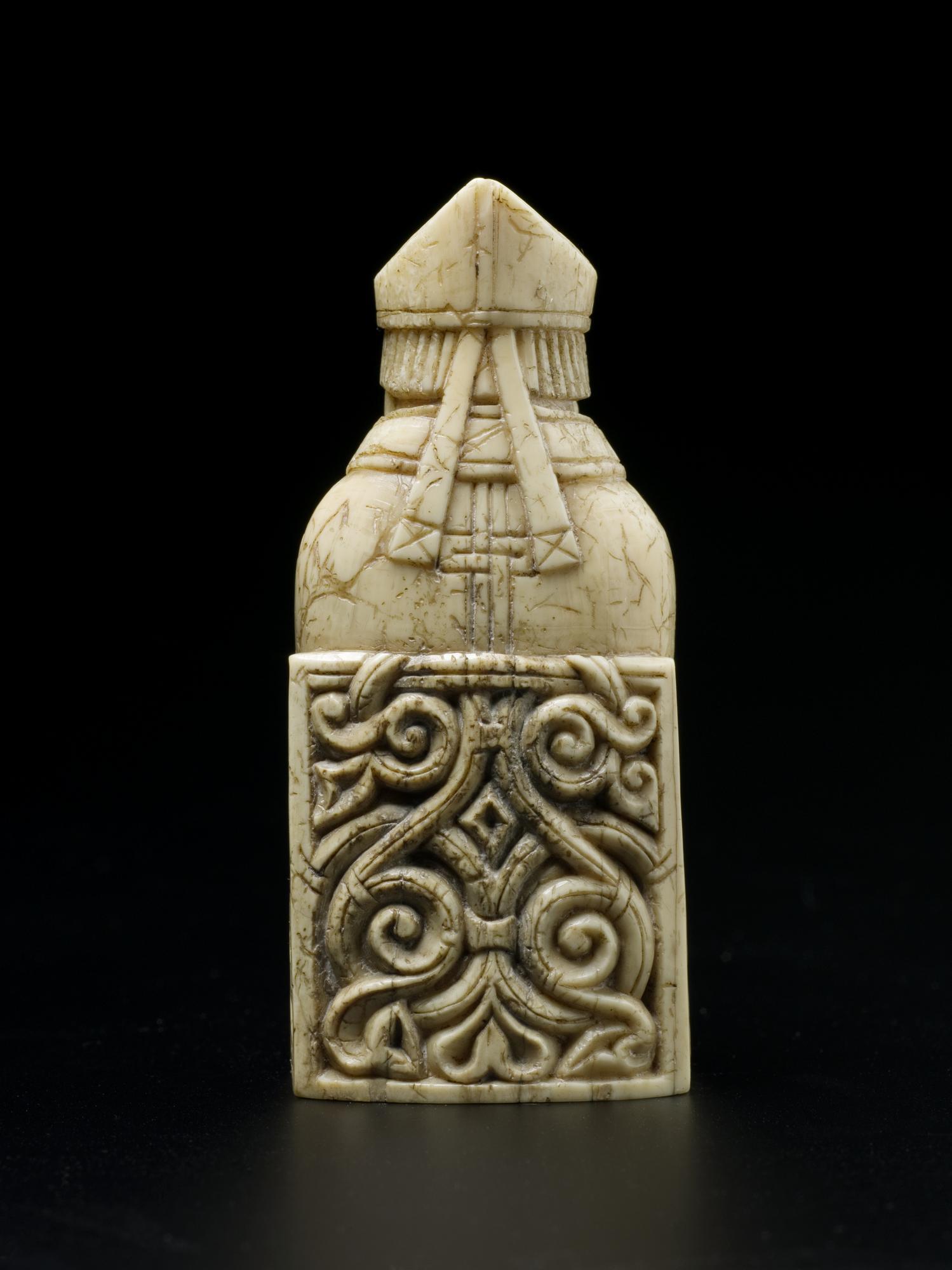 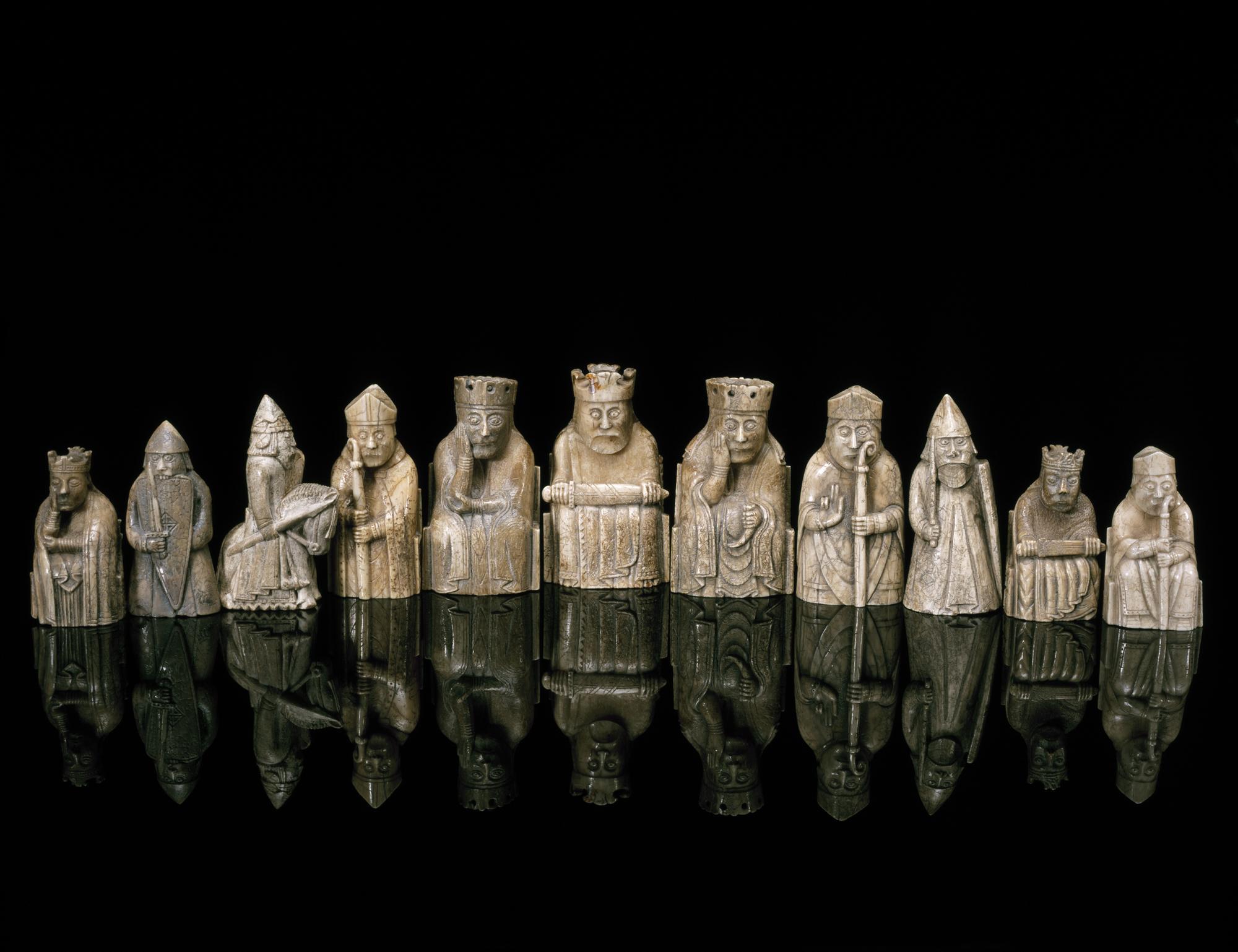 Chessman or chess piece, bishop, wearing a cape over a chasuble and mitre on head, he grasps crosier with both hands, seated on throne, of walrus ivory, found in an underground chamber in the parish of Uig, Lewis in 1831: Scandinavian, late 12th century