‘Tazza’ is the Italian word for cup. It is used to describe a shallow dish mounted on a stem or foot, used for drinking, eating or display.

The exceptionally large Byzantine bowl was acquired by Alexander, 10th Duke of Hamilton (1767-1852) while he was British ambassador in Russia in 1807-8. He bought the bowl in the belief that it was the ‘Bénetier de Charlemagne’ (the holy water stoup of the Emperor Charlemagne, the founder of the Holy Roman Empire). However, this romantic story is legend rather than fact.

The bowl is made from sardonyx, a variant of the mineral onyx that is striped with red bands.

The making of a legend

In 1812 the Duke purchased an enamelled gold foot, which came from a massive gold monstrance that King Philip II of Spain had presented to the Monastery of the Escorial in the mid-16th century. He subsequently united the two parts to create the tazza. 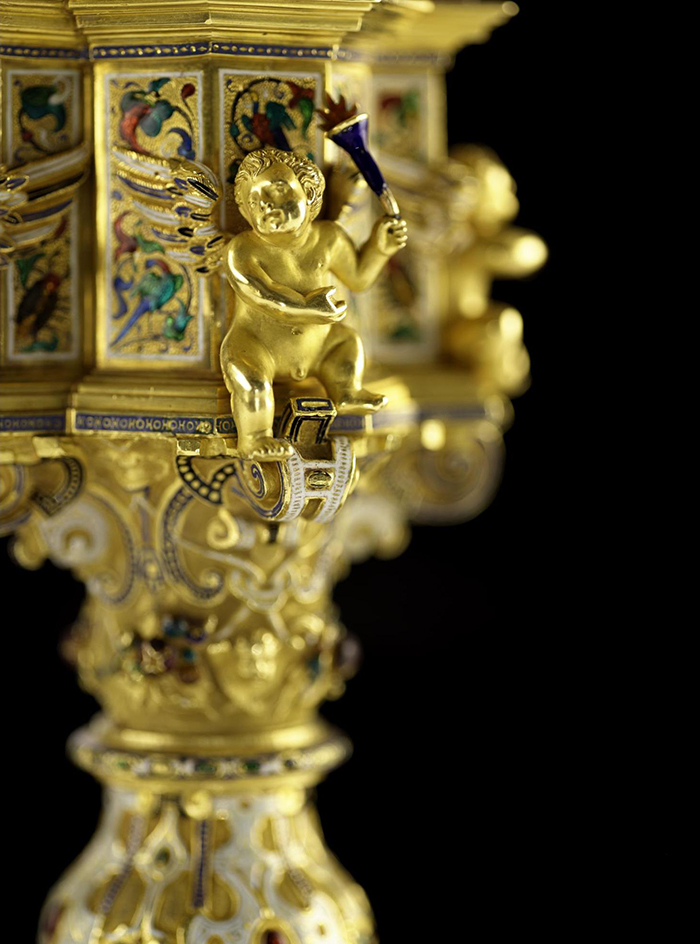 The bowl was used for the baptisms of both of the Duke’s children, William, the future 11th Duke of Hamilton, and Susan, in 1811 and 1814. Its use reflected the 10th Duke’s deeply held belief in the high status of the House of Hamilton, as premier peers of Scotland, the holders of three dukedoms and the true successors to the Stuart kings of Scotland. This amazing two-part piece was the most highly insured item in Hamilton Palace during the first half of the 19th century. It was displayed in the famous 1862 loan exhibition at what is now the Victoria and Albert Museum in London.

Alexander Hamilton was one of Scotland’s greatest collectors, amassing a rich array of paintings, objects, books and manuscripts. He was fascinated by Napoleon – whose tea service, acquired by Hamilton in 1830, is also in the National Museum of Scotland – and by Ancient Egypt. So much so, that after death he was mummified and buried in a Ptolemaic sarcophagus.

In 1882, the Hamilton Palace collection was sold for £397,562. The tazza was one of six outstanding items bought by Alfred de Rothschild shortly beforehand. It came to National Museums Scotland from the estate of the late Edmund de Rothschild, under the Acceptance in Lieu scheme, which allows donors to leave major works of art to the nation in lieu of inheritance tax. 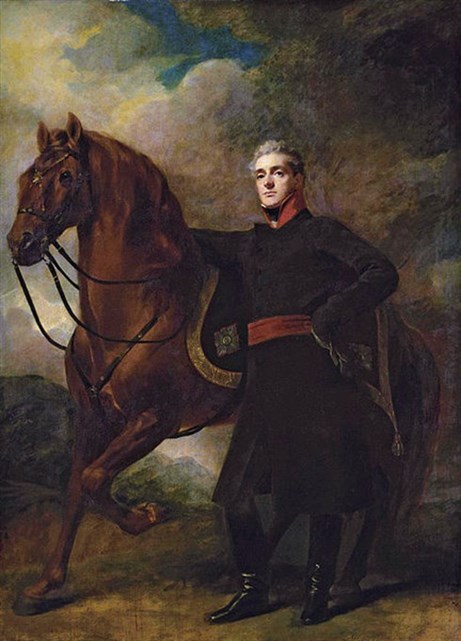 Above: Alexander, 10th Duke of Hamilton, by Henry Raeburn.

This truly magnificent object is one of the favourite objects of Dr Godfrey Evans, Principal Curator of European Decorative Arts!