Uncover the origins of this stunning specimen of polished igneous rock.

Orbicular rocks are not very common. Of the thousands of areas of igneous rocks across the earth, less than 200 orbicular rock occurrences are known. These include sites in Finland, Chile, the Channel Islands and France, as well as Australia. 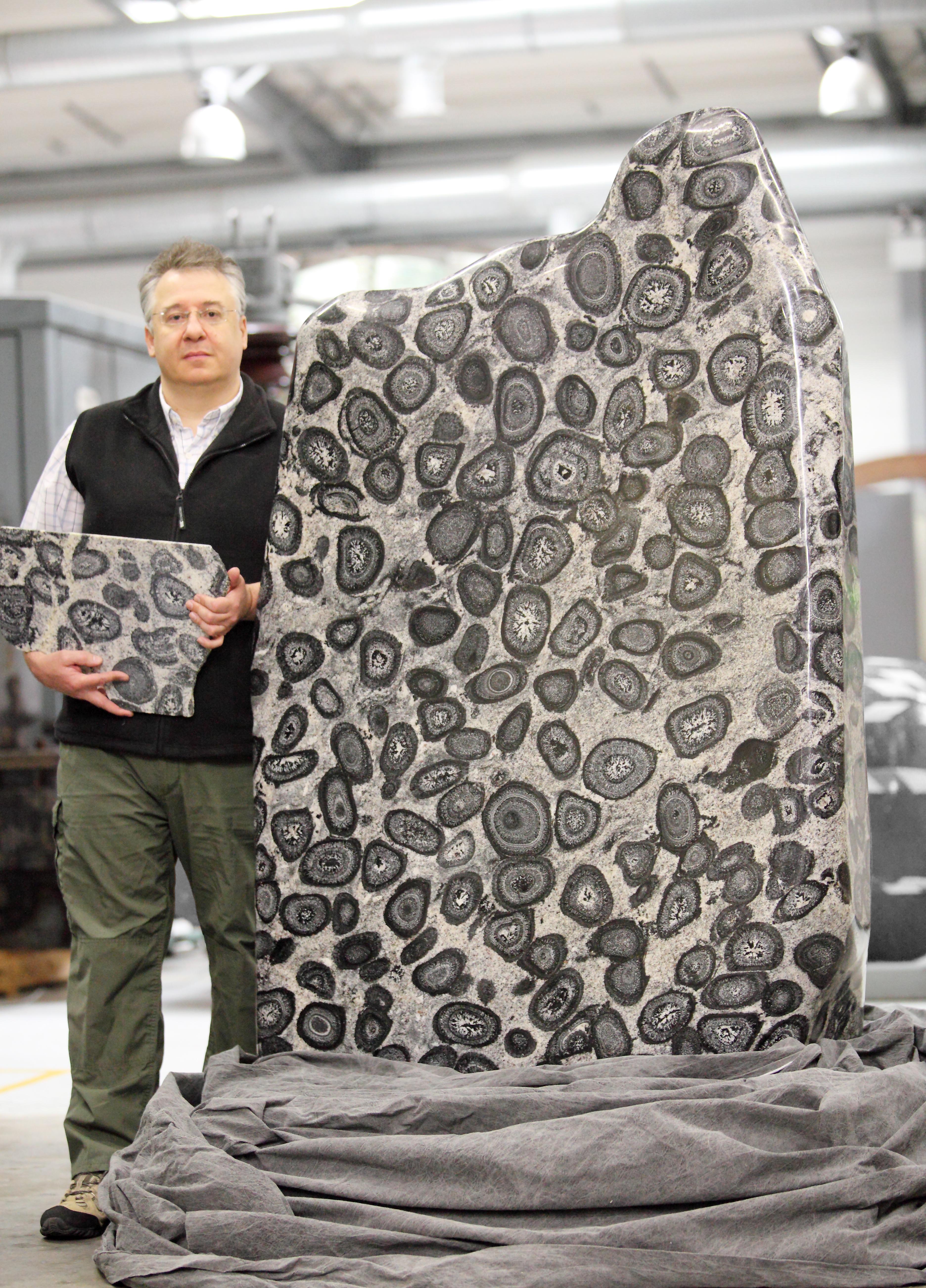 Above: Simon Howard, Curator of Petrology, with the stunning specimen of orbicular granodiorite.

Boogardie Station is a small settlement in the outback of Western Australia. With the nearest city, Perth, over 550 km away, it’s safe to say that it’s fairly remote. Yet it also has great geological significance, for this region of Australia contains ancient parts of earth’s crust. In fact some material mined from the quarry there has been dated at over 2.6 billion years old.

And now a superb sample of rock from Boogardie Station has found its way to Edinburgh. The rock, a rare specimen known as orbicular granodiorite, stands 1.7m high, weighs a hefty 870kg, and is believed to be the largest of its kind in the UK.

Where is the orbicular granodiorite displayed?

The orbicular granodiorite isone of the key monoliths on the origin of rocks in the Restless Earth gallery, which explains the structure of the earth and its complex and varied history.

What’s so special about orbicular granodiorite? 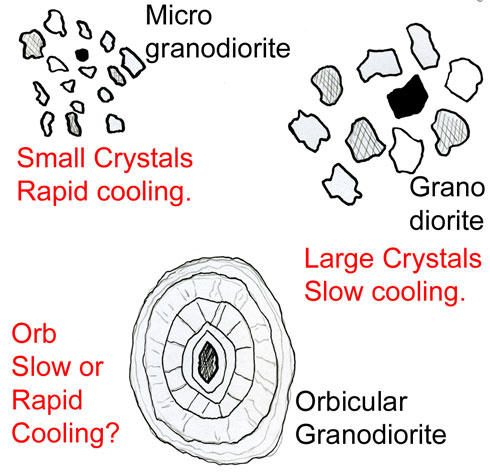 Above: This diagram shows the differences between a micro granodiorite, a granodiorite and an orb of granodioritic composition. Despite the apparent visual differences, they are comprised of identical materials.

How is orbicular granodiorite formed?

Scientists have yet to agree on how the orbs are formed. Usually the slower a magma cools, the larger the crystals formed, suggesting that the orbs take a long time to form. However, they are surrounded by a finer grained layer that is chemically identical to the orbs. This suggests two phases of cooling: one slow phase needed for orb formation and one rapid phase for the surrounding layer. The problem with this theory is various elements would be removed from the mix during the slow cooling phase, changing its composition and altering the final surrounding layer.

However, some researchers suggest that the orbs form quite quickly, when water enters the magma chamber, altering the ability of the magma to remain molten. Orbs would then form rapidly and start to drift around in the hot magma chamber. This means that the orbs remain plastic and pliable, which explains why they are not all perfect spheres.

Other scientists suggest the formation of the orbs is due to a shortage of material in the magma for the crystals to form around (known as a nucleation point), so the magma wants to form a solid mass of crystals as it cools but cannot. Eventually the magma cannot remain in this liquid state and quickly forms the centres of the orbs. Other minerals would then form around these centres fairly rapidly, building concentric shells.

Other more complex ideas about the rocks’ formation have been put forward; but however the orbs are formed, there’s no denying that this is a beautiful and fascinating specimen. 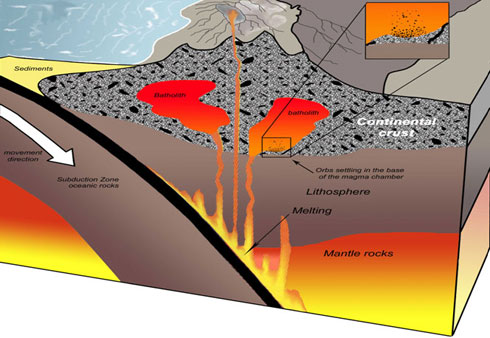 Above: This diagram shows a cross section of a typical subduction plate boundary showing orbs forming in the base of a magma chamber.