This very important fossil, affectionately known as ‘Lizzie', was discovered in Scotland in the 1980s and could be the earliest known reptile.

‘Lizzie’ is a holotype, which means it is a unique specimen and the one on which the species was founded. 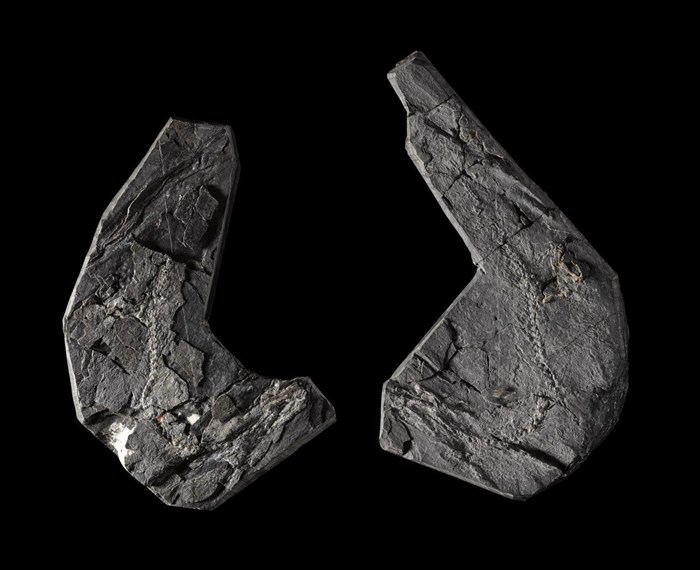 Why is ‘Lizzie’ so important?

This fossil named Westlothiana became famous as ‘Lizzie’  because its appearance is so lizard-like. It was thought to be the oldest known reptile.

However, ‘Lizzie’ is not actually a lizard, and it is impossible to tell if ‘Lizzie’ was a she.

The discovery of ‘Lizzie’ launched an international scientific debate over whether the fossil was a reptile-like animal or amphibian. Amphibians, such as frogs and newts, lay eggs in water and lack a waterproof skin. Because of this, amphibians must always return to the water to breed, and cannot survive for long in hot and dry environments. Animals that lay eggs on land or give birth to live young have eggs with a waterproof membrane called an ‘amnion’. This amnion prevents the egg from drying out in air, and gives the group its name: the amniotes.

It is impossible to tell, just by looking at the fossil skeleton, what kind of eggs ‘Lizzie’ laid. This means that researchers have to reason indirectly, by comparing ‘Lizzie’s’ bones with those of living and fossil amphibians and amniotes. This debate has not been settled, but if ‘Lizzie’ is not the oldest amniote, it is very closely related to the first amniotes.

You can find out more about how tetrapods emerged from the water to walk on land in our story about Closing Romer’s Gap. Today amniotes are very diverse and include reptiles, birds and mammals. 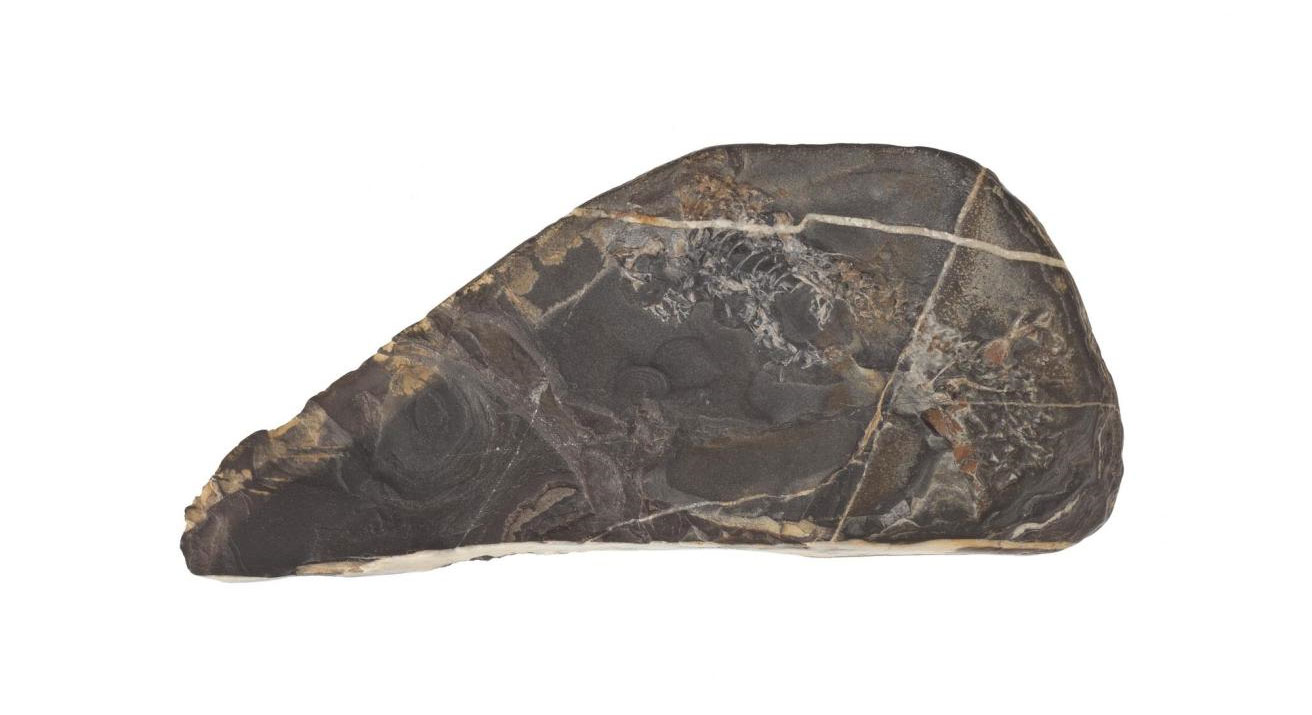 Above: The slightly older Casineria kiddi from East Lothian may also be an amniote, but the fossil skeleton is too incomplete to be certain. You can see this fossil on display in the Survival gallery at the National Museum of Scotland.

Where was ‘Lizzie’ found?

‘Lizzie’ was unearthed in East Kirkton quarry, Bathgate, West Lothian. The fossils collected from this tiny quarry give a rare insight into terrestrial life at an early time in the evolution of tetrapods. The fossils from the quarry belong to the Carboniferous Period (c.360-299 million years ago).

Fossils were first discovered there in the early 19th century, but it was only in 1984, when new fossil finds were made by self-taught Scottish palaeontologist Stan Wood, that the global importance of the quarry was realised.

East Kirkton is an unusual fossil deposit because it favours the fossilisation of land animals rather than those which lived in water.

338 million years ago, a small lake was fed by volcanic hot springs rich in dissolved chemicals. These chemicals were deposited as layers of rock on the bottom of the lake, preserving fossil animals and plants.

At East Kirkton, fossils of water-living animals are rare, probably because the lake was usually scalding hot or poisonous, but the rocks contain many land-dwelling fossils. These fossils are helping scientists unravel the mystery of life on land. 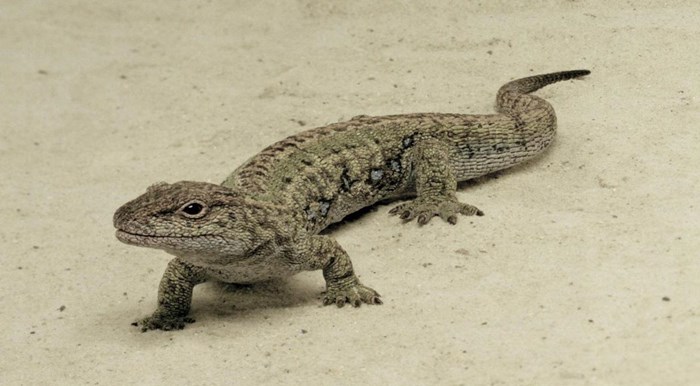 Above: Model of ‘Lizzie’ by John Holmes, on display in the Survival gallery at the National Museum of Scotland.