Apollo 11 was the first manned mission to land on the Moon on 20 July 1969. NASA used technology first developed in 1928 by the Scottish innovator John Logie Baird to develop a small, robust television camera that enabled the live broadcast from this mission.

A robust camera was needed

Among the many challenges of the Apollo 11 Moon mission, was the development of a colour TV broadcasting system that was light enough to transport and capable of transmitting live images over 200,000 miles [322,000 km]  back from the Moon. Electronic colour television cameras of the time were far too complex, big and heavy to be carried in the lunar module.

Neil Armstrong trains with a lunar surface television camera during a simulation, April 1969.

The solution relied on a small disk rotating ten times a second to scan images through red, green and blue filters. The transmission signal to Earth only carries the three sets of black and white images plus a synchronising pulse.

The three separate broadcast transmissions were recombined at Mission Control, Cape Canaveral using a matching set of colour filters to produce one colour image before being converted to an electronic signal which was beamed to televisions around the world.

A close-up view of an astronaut's bootprint photographed during the Apollo 11 mission.

First steps on the Moon

Neil Armstrong's first steps on the Moon were beamed back from a low resolution black and white television camera. That camera remains on the Moon where Armstrong left it, to allow the astronauts to bring back extra Moon rock.

“
That's one small step for a man, one giant leap for mankind.
- Neil Armstrong 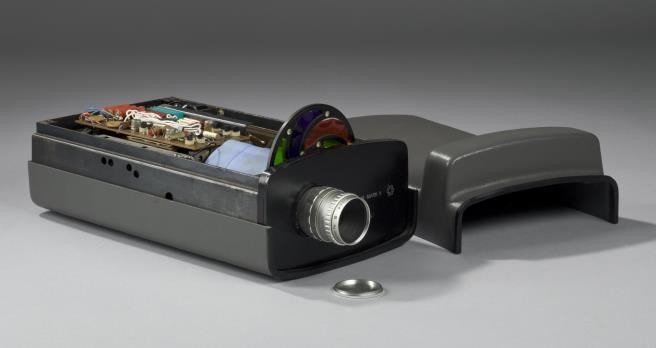 This camera labelled ‘Mark V’ is from the collections at National Museums Scotland. It is one of several developed as part of the miniaturisation process for the Apollo missions. 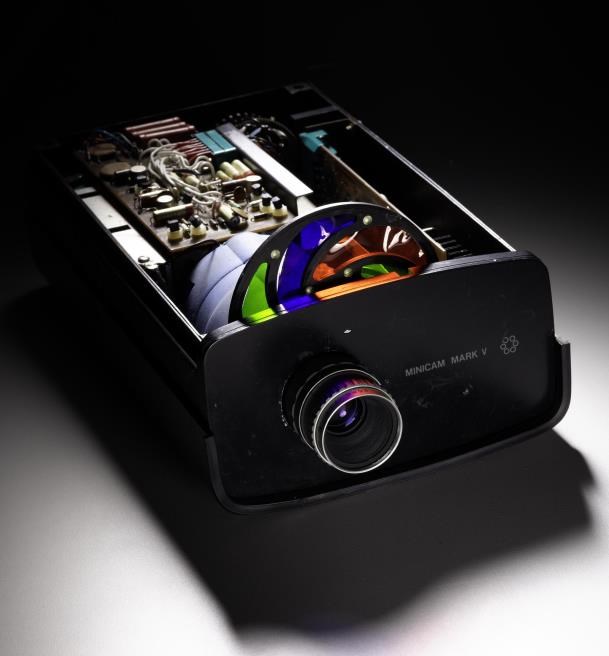 It shows one of the last applications of the field sequential colour television system which built on Baird’s principles for colour broadcast of forty years before. It also shows that sometimes older technologies can provide answers to cutting edge problems.

The first colour TV broadcast from the Moon took place by the later Apollo 12 mission in November 1969.

Colour images of the Apollo 11 mission 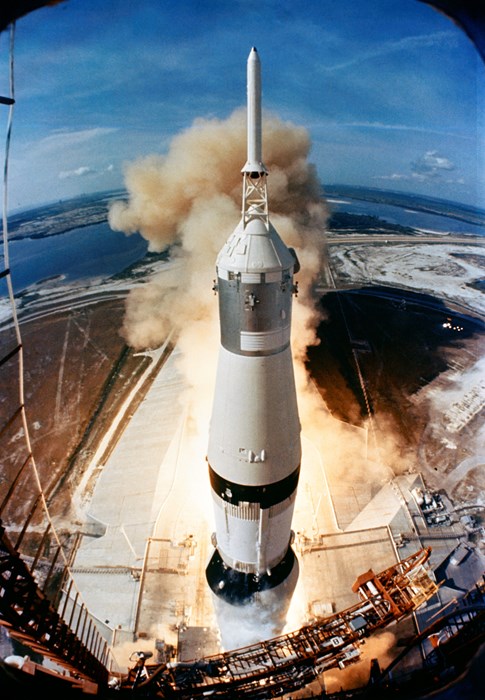 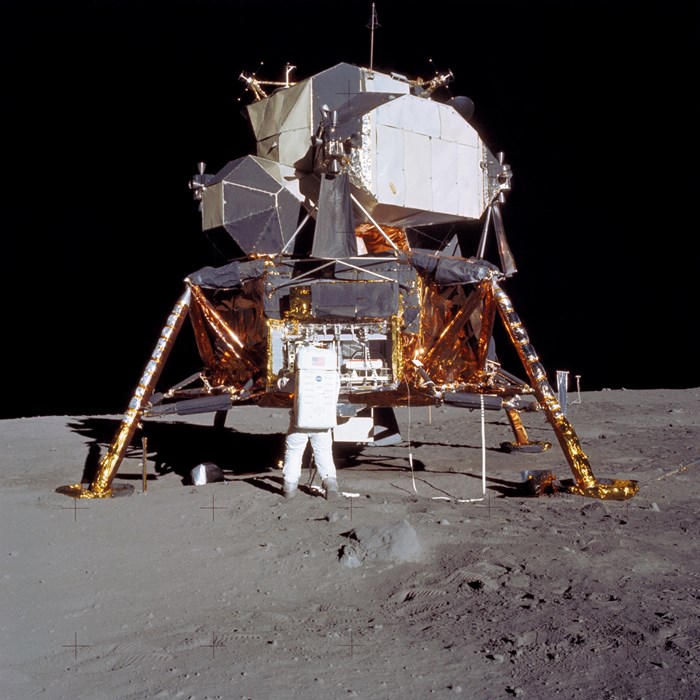 Astronaut Edwin E. Aldrin Jr., lunar module pilot, is photographed during the Apollo 11 extravehicular activity (EVA) on the lunar surface. These photographs were taken by astronaut Neil A. Armstrong, commander, with a 70mm lunar surface camera. 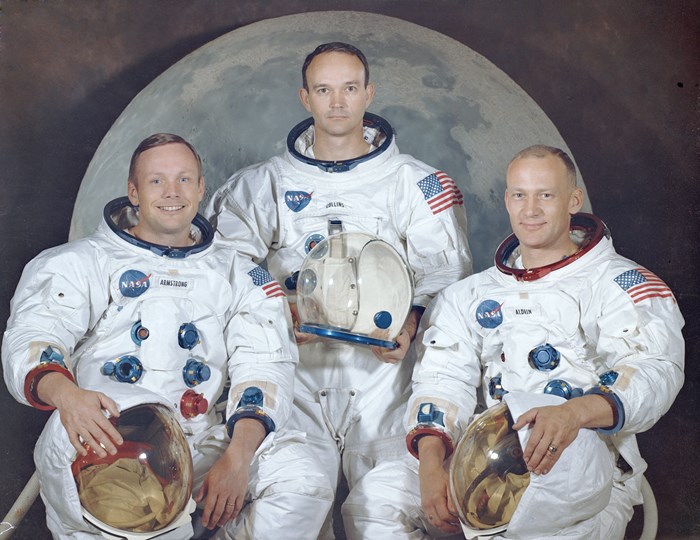 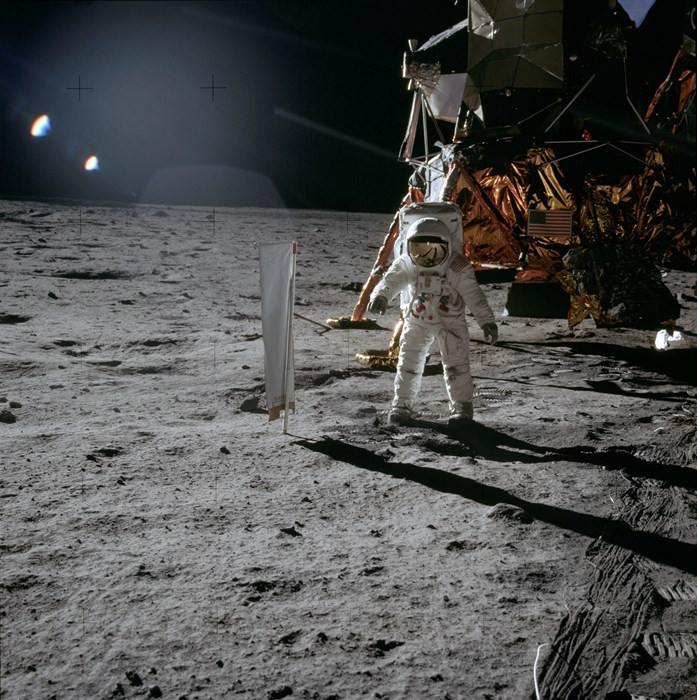 Launched aboard the Saturn V launch vehicle (SA-506), the three astronauts began their journey to the moon with liftoff from launch complex 39A at the Kennedy Space Center at 8:32 am CDT, July 16, 1969. 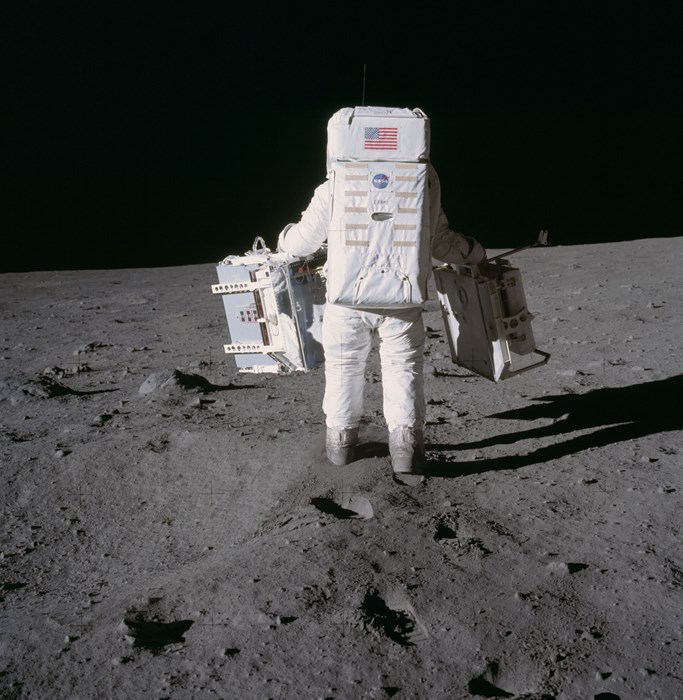 Astronaut Edwin E. Aldrin Jr., lunar module pilot, walks on the surface of the moon near the leg of the Lunar Module (LM) "Eagle" during the Apollo 11 extravehicular activity (EVA). Astronaut Neil A. Armstrong, commander, took this photograph with a 70mm lunar surface camera.

While astronauts Armstrong and Aldrin descended in the Lunar Module (LM) "Eagle" to explore the Sea of Tranquility region of the moon, astronaut Michael Collins, command module pilot, remained with the Command and Service Modules (CSM) "Columbia" in lunar orbit.