Professional cycling is a serious (and costly) business. So how did a homemade bicycle, fashioned from scrap metal and washing machine bearings, come to break the World Hour Record in 1993?

Old Faithful is on display in our Sporting Scotland gallery on Level 6. Obree’s early prototypes joined the Museums’ transport collection as part of our new Science and Technology galleries.

Graeme Obree raced in an anorak, shorts and Doc Martens at his first-ever cycling time trial.

On 17 July 1993, a relatively unknown cyclist from Scotland did the unthinkable: he smashed the World Hour Record on his homemade bicycle, Old Faithful. Graeme Obree’s unorthodox machine was the culmination of years of experimenting with aerodynamics and durability, and his success marked the start of a professional career defined by cycling innovation. 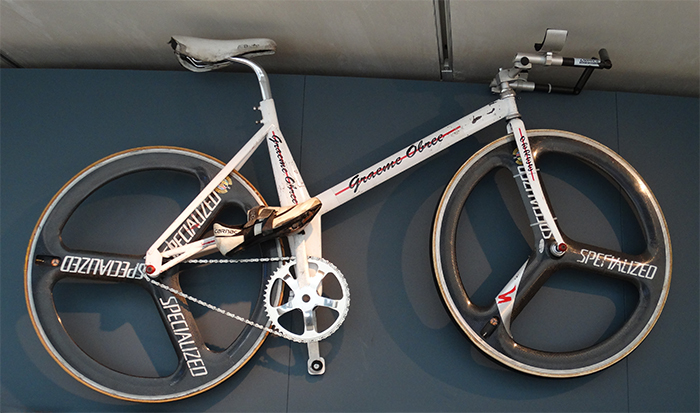 Above: Old Faithful on display at the National Museum of Scotland

“
My biggest fear isn’t crashing this bike at 85mph and losing my skin – it’s sitting in a chair at 90 and thinking ‘I wish I’d done more.’
- Graeme Obree

The World Hour Record is as simple as it sounds: cycle as far and as fast as you can in one hour. Henri Desgrange set the first record in 1893 and since then, it’s been claimed by cycling luminaries including Fausto ‘Il Campionissimo’ Coppa and Bradley Wiggins.

Yet of all the recordholders, only one claimed the record on a bicycle made in an Ayrshire kitchen with wheel bearings from a washing machine. Don’t be fooled though, every choice Graeme Obree made when building Old Faithful was designed to increase speed and endurance.

Obree made the bottom bracket (the part which connects the crankset and chain to a bike) deliberately narrow. He used washing machine bearings when standard bike bearings were unsuitable, a test to see if they were of a higher quality. The wheel fork only had one blade and shoes were fixed to the pedals, decreasing resistance against the cyclist’s body. Obree even invented a new aerodynamic cycling position, the Tuck: hunched over the handlebars, arms folded away under the chest. Taken together, bike and position reduced aerodynamic drag by around 15 percent.

On 17 July 1993 Obree broke the World Hour Record at the Hamar velodrome in Norway, riding 51.596km on Old Faithful.

That’s not to say the ride was always easy for Graeme Obree. While many recognised him as a recordbreaker and innovator, others considered him the bête noire of professional cycling during the 1990s.

On 16 July 1993, Obree’s first attempt at the World Hour record was marred by failure. Riding a carbon replica of Old Faithful built by renowned London bike shop Shorter and engineer Mike Burrows, he missed the record by 500 metres. Obree’s manager at the time, Vic Haines, claimed this was sabotage – a calculated attempt to ride again using his own beloved bike.

Nor did his eventual success please cycling’s world governing body, the Union Cycliste Internationale. During 1993 and 1994, Obree also used the Tuck position to take World Championship individual pursuit and national time trial titles. Worried that cycling was improving because of technological advances rather than human endeavour, the UCI banned it. When Obree countered with a new riding stance, the Superman, this too was banned. Many still argue that the UCI altered and invented rules deliberately to disqualify Obree at a number of cycling championships during the 1990s.

Nonetheless, Graeme Obree remains a popular cycling hero and a true sporting innovator. As recently as 2012, he was working on the world’s fastest pedal-powered bicycle. Newspapers at the time reported it would reach speeds of 100mph – and it was fashioned from a burnt saucepan! 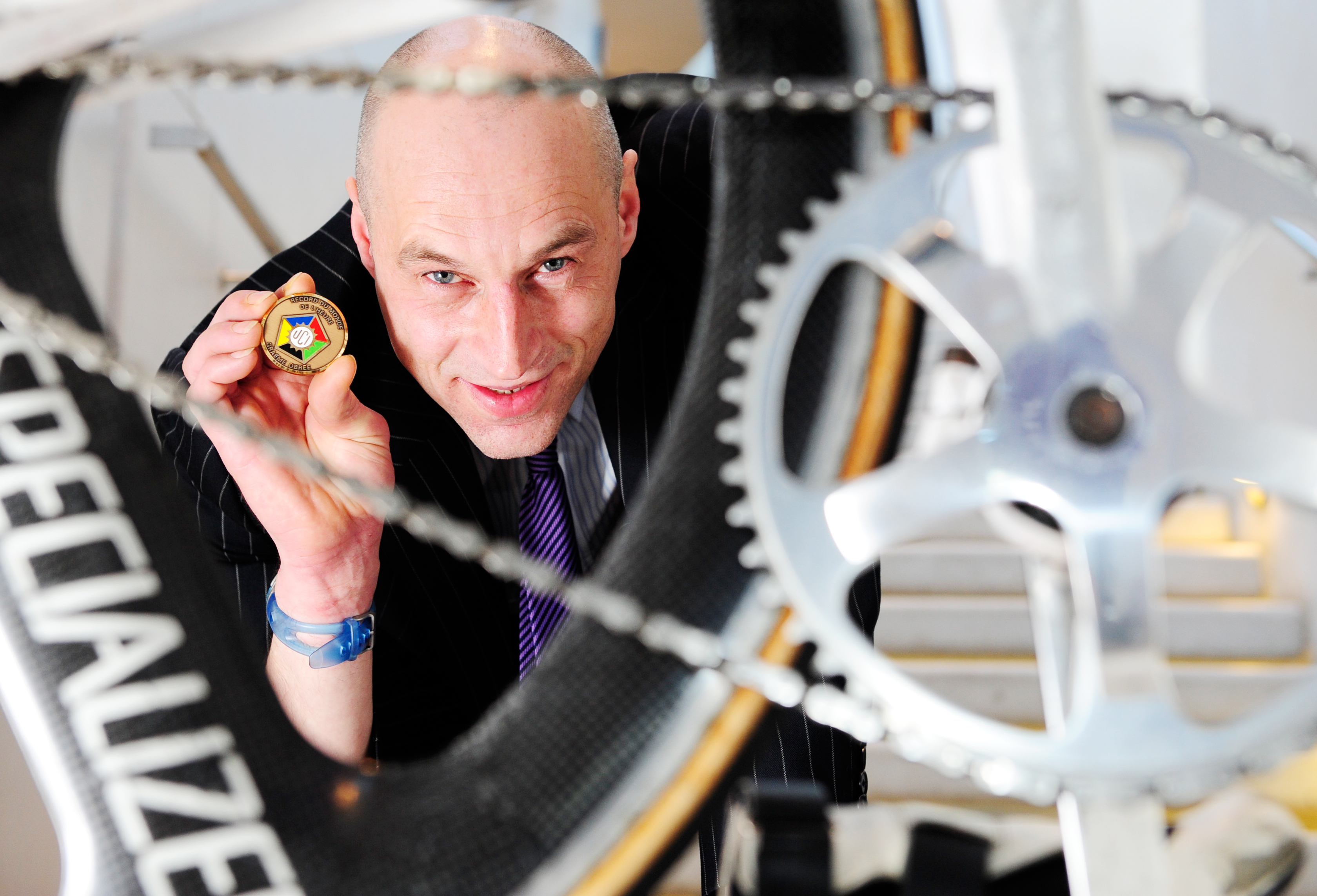