History of the National Museum of Scotland

The magnificent Victorian building that houses the National Museum of Scotland is one of our greatest treasures. In 2016, we celebrated 150 years since the building first opened to the public. Here we look back at the Museum’s history.

Beginnings: The Society of Antiquaries of Scotland

The origins of the Museum’s rich and varied collection lie with the Society of Antiquaries of Scotland, which was founded in 1780, very much in the spirit of the Enlightenment, to collect the archaeology of Scotland. This collection passed into public ownership in 1851, forming the original collections of the National Museum of Antiquities of Scotland. 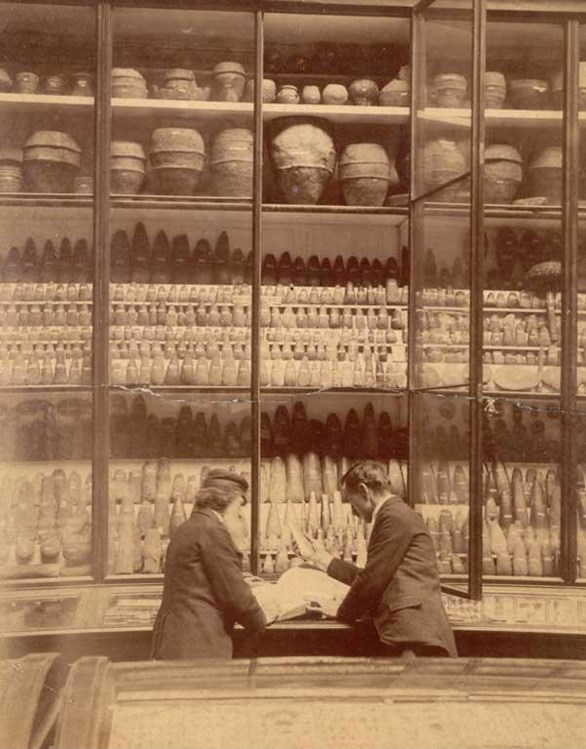 Above: The Museum of the Society of Antiquaries in 1890.

In 1985, the National Museum of Antiquities would merge with the Royal Scottish Museum and is now National Museums Scotland, the largest multi-disciplinary museum in Scotland, with 12 million items in its collections and the largest body of curatorial and conservation expertise in the country.

The Royal Scottish Museum began life as the Industrial Museum of Scotland, founded in 1854 to reflect Victorian ideals of education. Renamed the Edinburgh Museum of Science and Art, it opened in its first bespoke buildings, in Chambers Street in 1866. Originally inspired by London’s Crystal Palace, the building was designed by visionary engineer Captain Francis Fowke and local architect Robert Matheson to be both beautiful and technically innovative. 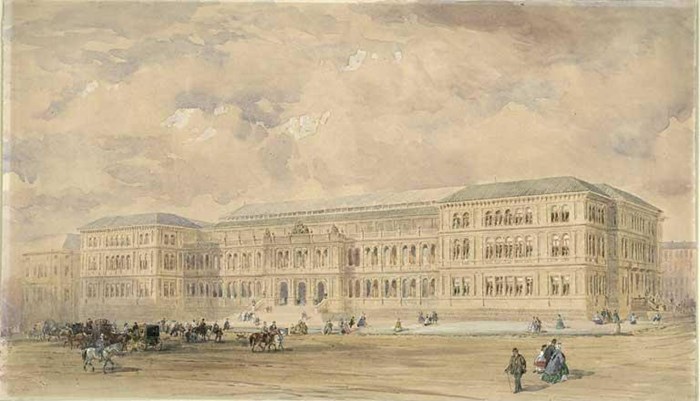 Above: Drawing of the Industrial Museum of Scotland.

The foundation stone was laid in 1861 by Prince Albert, a driving force behind Britain’s 19th century museum movement. His visit to Edinburgh would be his last public act before his death. Five years later, the east wing and one third of the current main hall were opened by Queen Victoria’s second son, Prince Alfred, who had studied at the University of Edinburgh. 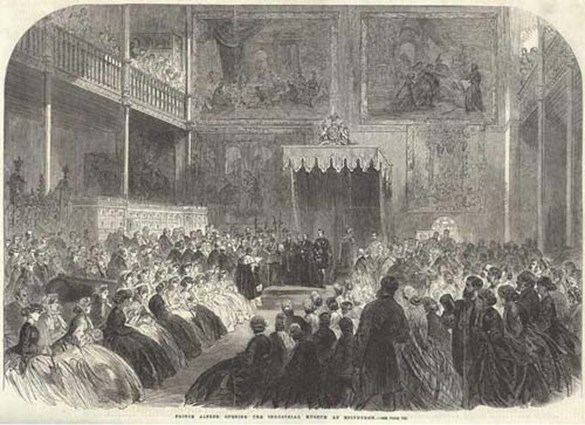 Above: Prince Alfred at the opening of the Edinburgh Museum of Science and Art in 1866. The view shows the blank west wall of the incomplete Great Hall, with the royal dais in the centre. 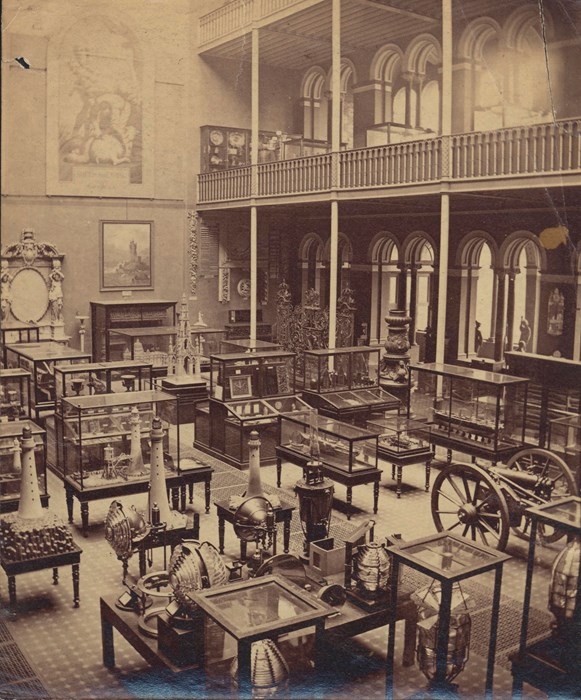 By the time of the building’s jubilee in 1904, the museum had become the Royal Scottish Museum, and was Scotland’s first national public building. This significance as a building of historical importance is reflected today with a Category A listing. 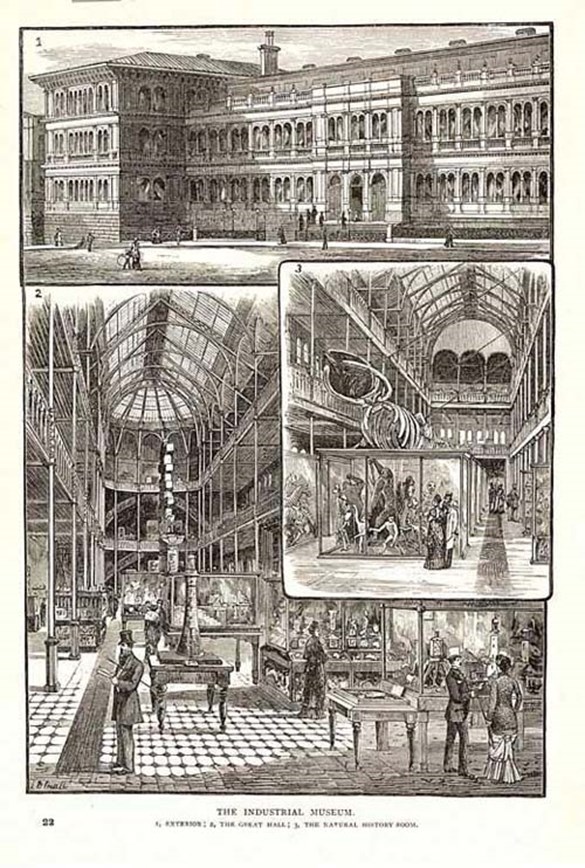 Above: Drawings of the galleries in the Industrial Museum, showing the exterior, the Great Hall and the Natural History room.

Since the doors opened to the public in 1866, the museum has seen many changes in its architecture and its identity. Fowke’s vision took 30 years to complete, culminating in the opening of the west wing in 1890. Behind the Chambers Street facade, the museum has been altered, adapted and extended in response to the growth in the collections and changing public use.

Perhaps the most revolutionary change was the installation of electric power in the early 1900s, replacing the original gas lighting. With electricity came the museum’s first interactive displays, a marine engine and a sectioned locomotive. Those first ‘push button’ displays must have amazed and delighted visitors then as they still do today! 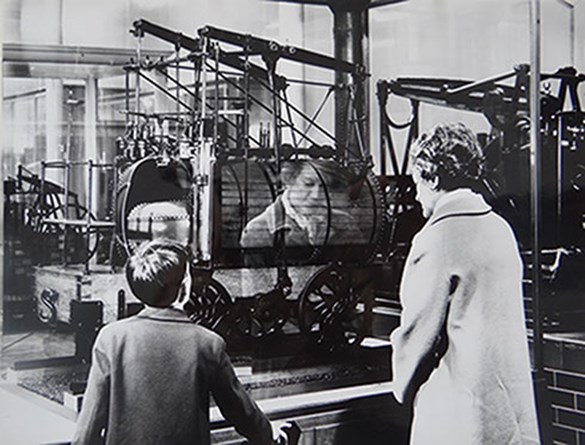 Above: Working model of Wylam Dilly in the Museum.

A new museum for Scotland

The building of the new Museum of Scotland, which opened in 1998, to tell the country’s history from earliest times to the present day, created a landmark museum in Edinburgh for the nation. 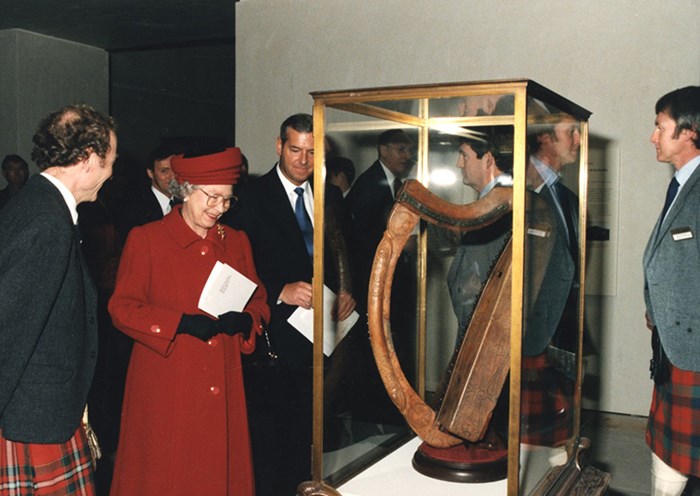 Above: The new Museum of Scotland was opened by Queen Elizabeth II.

The redevelopment of the National Museum of Scotland (2006-2011) transformed the adjacent Victorian building into a vibrant museum for the 21st century, opening up public spaces, providing new facilities and displaying our natural world, world cultures, art and design and science and technology collections in innovative new ways. 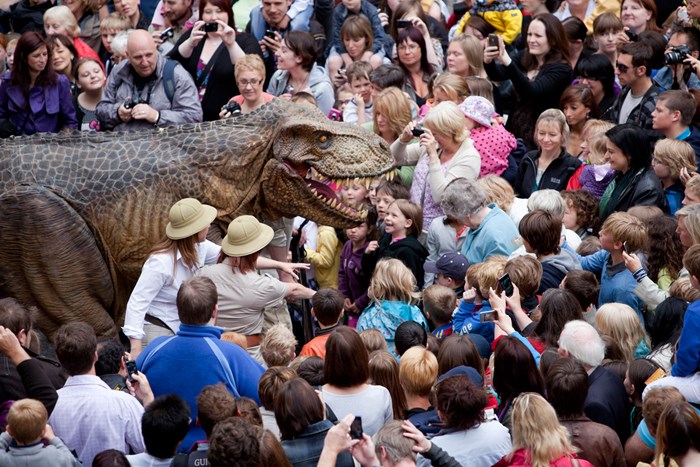 Above: Crowds at the opening of the new galleries in 2011.

When the new galleries opened on 29 July 2011, the Museum united the two strands of its history for the first time in a single entity, the National Museum of Scotland. 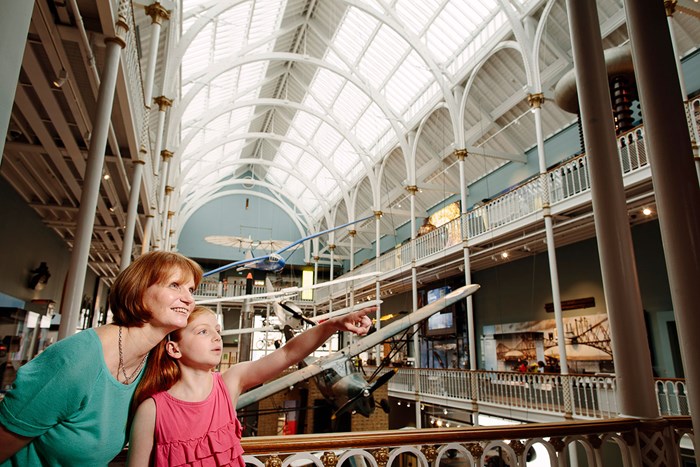 Above: The Science and Technology galleries. 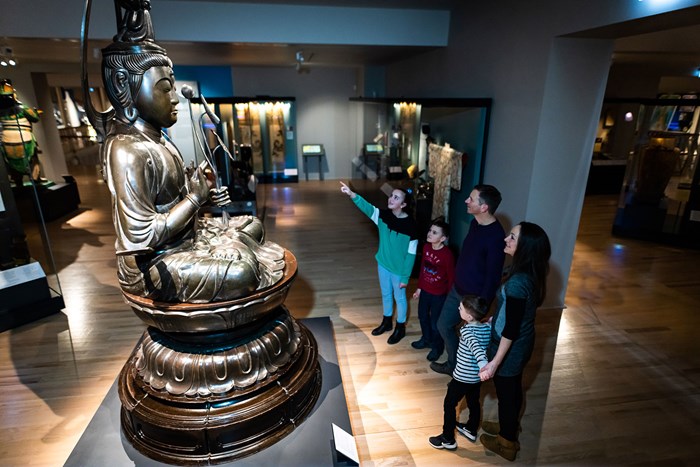 Above: The East Asia gallery at National Museum of Scotland.