Not all supporters of the Jacobite cause were Scottish. This magnificent tartan suit belonged to Sir John Hynde Cotton, described as ‘one of the most zealous Jacobites in England’.

Probably made by a tailor in Edinburgh

Sir John Hynde Cotton was a large man – the writer William Cole described him as 'one of the tallest, biggest, fattest men I have ever seen'.

Who was Sir John Hynde Cotton? 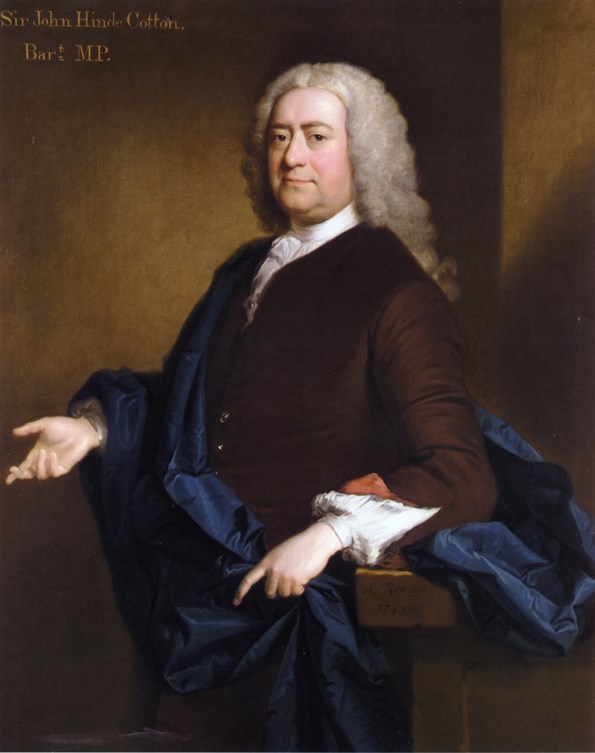 Sir John Hynde Cotton (1686 – 1752) was a baronet, an English MP and a Jacobite Tory. He had been a constant opponent of the Prime Minister, Sir Robert Walpole, whose son, Horace Walpole, noted that Cotton ‘had wit, and the faithful attendant of wit, ill nature’. He became a government minister briefly in 1744, but was also communicating with the exiled Stuart court.

Sir John came to Edinburgh in July 1744, which is probably when he acquired this magnificently defiant and vibrant tartan ensemble.

A symbol of opposition

Since the Act of Union in 1707, tartan had become a symbol of anti-Union and pro-Jacobite sentiment. When Bonnie Prince Charlie arrived in Scotland in 1745 to attempt to reclaim his father's throne, he adopted tartan for his Jacobite army.

The suit consists of trews (trousers), a jacket, and plaid, a length of cloth wrapped around the body. The finely woven cloth uses seven colours, mainly red and green, but the tartan pattern itself is not one known today. 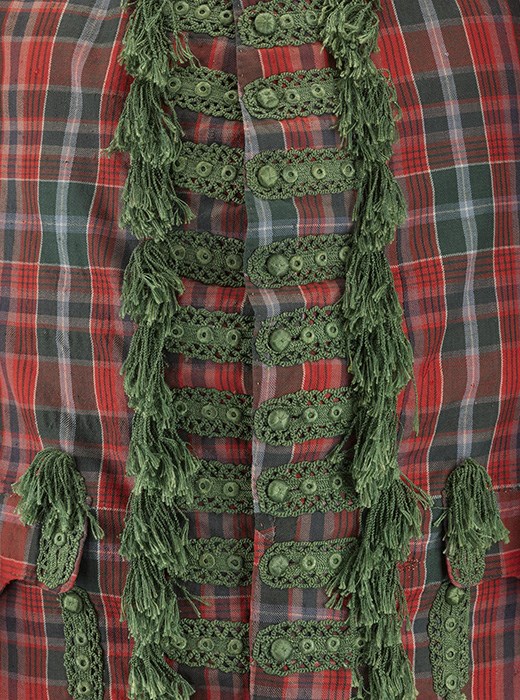 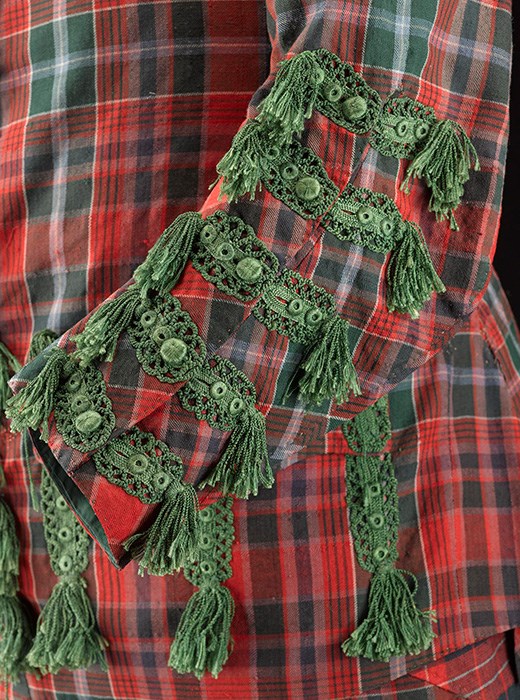 Cotton may have commissioned the outfit himself, with the specific intention of identifying himself with the Jacobite cause, or it may have been a gift. Either way, it had to be enlarged before it would fit – Cotton was an imposing 6 feet 4 inches tall.

He may have worn this outfit to the Palace of Holyrood to celebrate the Jacobite victory at Prestonpans in September 1745. 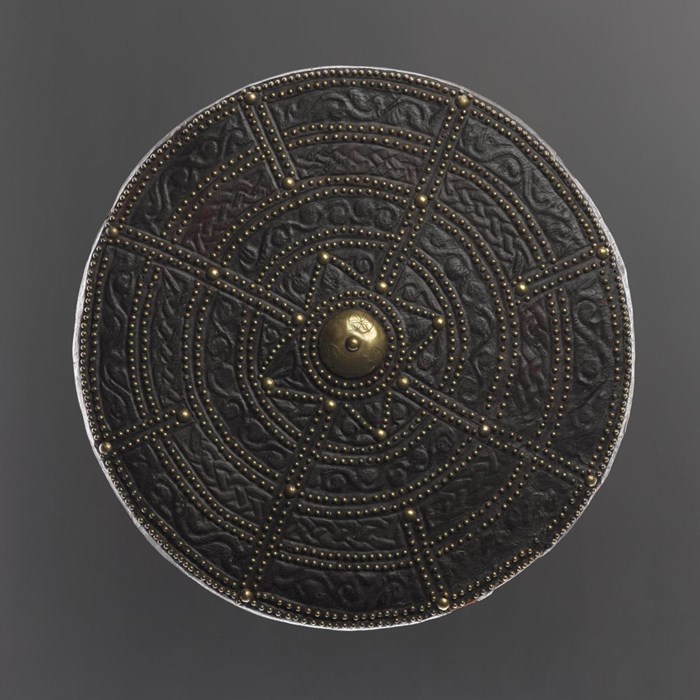 Above: This leather targe is also reputed to have been acquired by Sir John Hynde Cotton, as an accoutrement for his tartan suit, during his visit to Scotland in 1744.

After Price Charles Edward’s final defeat at Culloden in 1746, the Disarming Act banned the wearing Highland dress. The Act was repealed in 1782. The suit is a rare and special example of a non-military tartan pre-dating the ban.

You can find out more about Sir John Hynde Cotton's suit in this short film.

As loyal Jacobites, Sir John and his family amassed a large collection of relics associated with Bonnie Prince Charlie and the Stuart cause, which were donated to the national collection in 1989.

The slideshow below shows some highlights.