King in exile: Ring belonging to James VII and II

This monogrammed ring was given by the deposed King James VII and II to a loyal supporter on the night he escaped London, never to return. But why was the King forced to flee his country and how did this result in five attempts to regain the throne over 50 years?

The ring was bequeathed to National Museums Scotland by the Halkett family.

This ring was given to Sir Peter Halkett by James VII and II on the night he fled from London in 1688.

The Stuarts were one of the oldest dynasties in Europe. They had ruled in Scotland since 1371, holding off all challengers. In 1603, they inherited the crowns of England and Ireland, when James VI and I ascended the throne following the death of Elizabeth I.

Though the Stuarts had survived civil war, execution and exile, in 1688, this dynasty was torn into two competing camps, divided by religion. One court remained in London while the another was established in exile in France.

The restoration of the monarchy

In 1660, Charles II was restored to the throne of England, eleven years after his father, Charles I had been executed by Parliamentary forces commanded by Oliver Cromwell.

When Charles II died suddenly at the age of 54 without any legitimate children to inherit his throne, he was succeeded by his brother, James. 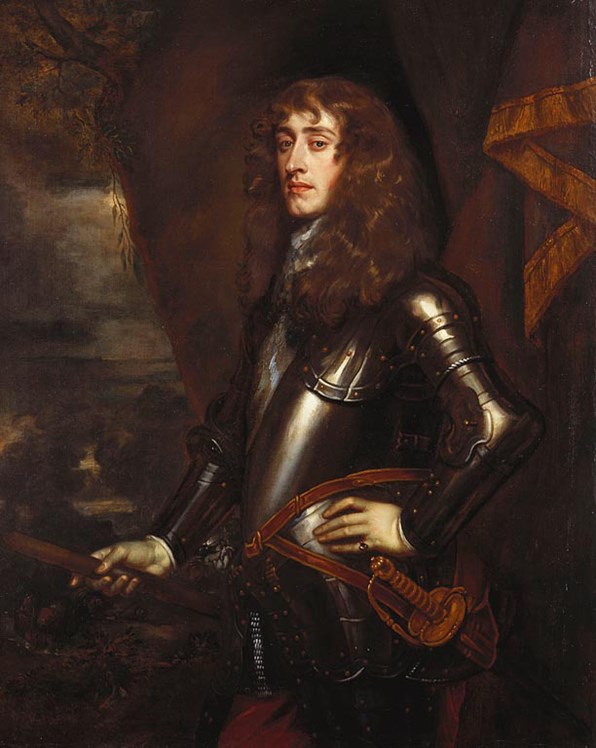 James VII and II was devoutly Catholic. Initially, Protestants tolerated his reign. His successors, his daughters Mary and Anne, were both Protestant, so James's Catholicism was seen as a temporary aberration. When his second wife, the equally devoutly Catholic Mary of Modena, gave birth to a son in 1688, a group of leading Protestants decided to take action.

Fearing a permanent Catholic dynasty, they invited William, the Prince of Orange and husband (and cousin) of James's daughter Mary, to come to Britain with an army – an event which in England became known as the 'Glorious Revolution'.

When anti-Catholic riots broke out in London, James sent his wife and son to safety in France. He attempted to follow them, but was captured and returned to the city. William had no desire to imprison James and allowed him to sail for France, where he was reunited with his family. 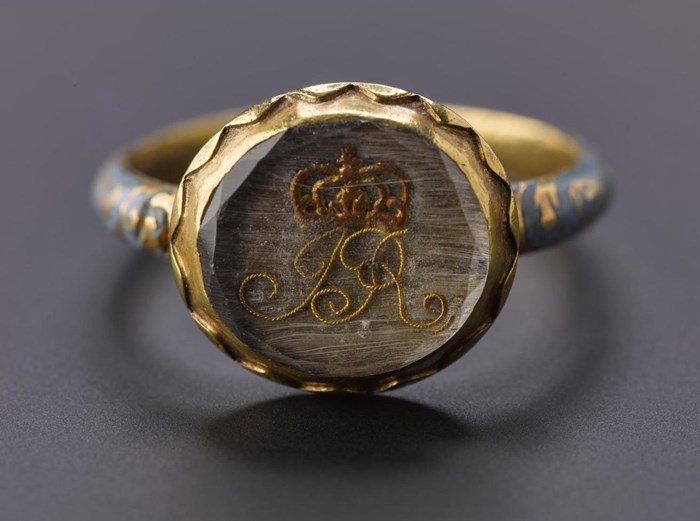 Above: Finger ring with crowned "JR" under crystal, given by James VII on the night he fled from London on 1688 to Sir Peter Halkett. Sir Peter was a member of a long-standing Royalist family from the time of the Restoration in 1660. 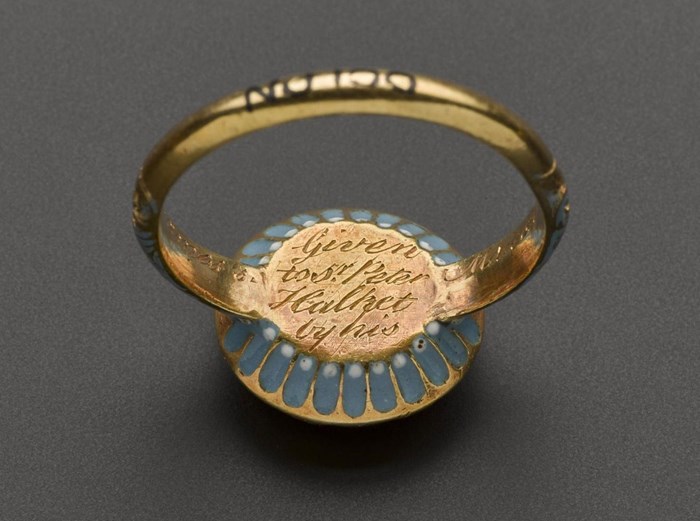 Above: The back of the ring given by James VII to Sir Peter Halket, showing the inscription. 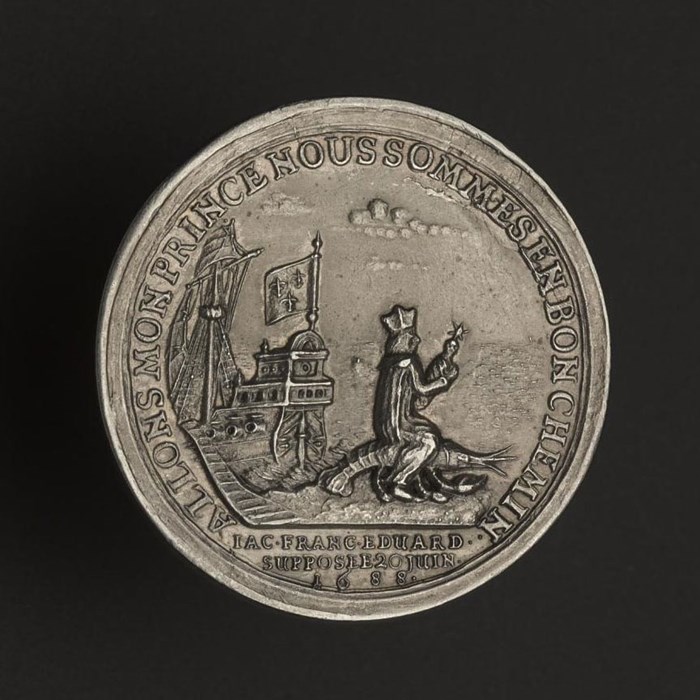 Above: This medal depicts the flight of James VII and II's son, Prince James Francis Edward, in 1688. He is being carried in the arms of a Jesuit priest, mounted on a lobster, the symbol of the Jesuits. The design has a satirical intent and also suggests that he was a changeling: when the Prince was born, a rumour was spread that he was not the son of the King, but had been smuggled into the royal bedchamber in a warming pan! 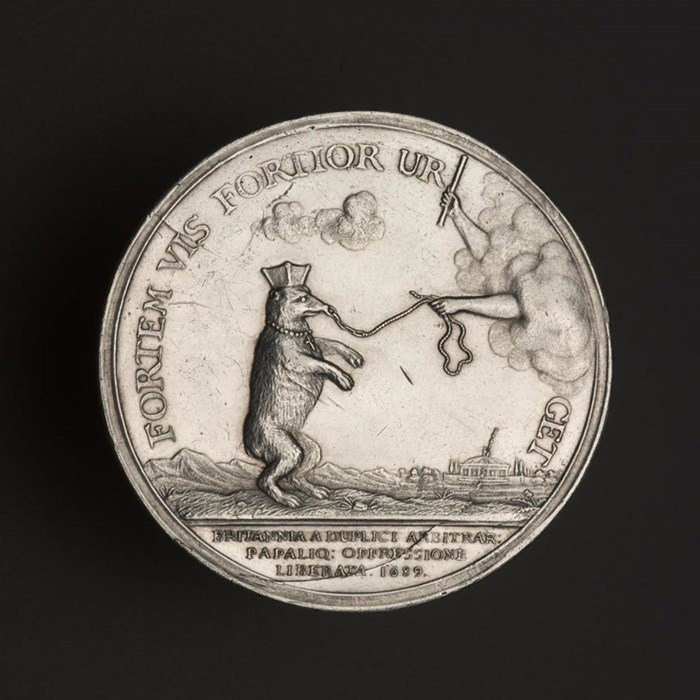 Above: Medal with anti-Jacobite and anti-Catholic sentiments. James is shown as a bear overturning three hives which represent the three kingdoms of Scotland, England and Ireland. Silver, by Jan Smeltzing, Netherlands, 1689.

After James's flight, the English parliament deemed him to have abdicated and offered the throne to Mary and her husband. William III and Mary II were crowned joint monarchs of England on 13 February 1689. In Scotland, on 11 May 1689, William was offered the Scottish crown by a Convention of the Scottish parliament.

The king across the water

Early in 1689 James sailed to Ireland backed by French troops and confident of support from the largely Catholic population. Yet unlike James's raw recruits, William’s army was well trained, and when they met at the Battle of the Boyne in 1690, William was victorious and James fled back to France. There were now two Stuart camps, the Williamites, and Jacobites, taken from the Latin for James, Jacobus. 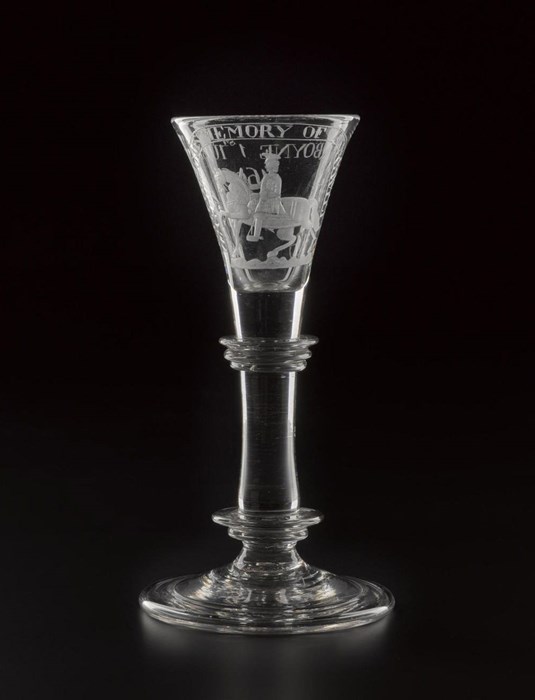 Above: Glass commemorating William's role as commander of his troops at the Battle of the Boyne, 1 July 1690. 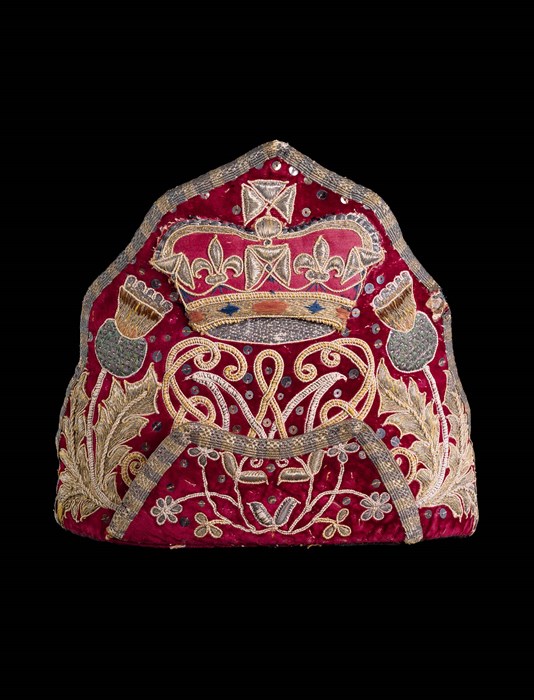 Above: Officer's mitre cap of a Scottish grenadier unit in the army of William III. The Scottish identity is shown by thistles at either side of the royal crown and cypher of King William and Mary.

Louis XIV, the Catholic King of France, offered his exiled cousin a palace and a pension. James would never set foot on English or Scottish soil again.

In September 1701, he died of a brain haemorrhage, and his son James Francis Stuart was officially recognised by Louis XIV as King James VIII and III.

After the birth of his eldest son, Prince Charles Edward, James VIII and III became widely known as the ‘Old Pretender’. Although this meant a claimant to a throne, it was often used disparagingly by those who opposed his aims to restore the Stuart dynasty to the three kingdoms.