Culloden: Portrait of the Duke of Cumberland

This portrait celebrates the victory of the commander of the British government forces, Prince William Augustus, Duke of Cumberland, at Culloden.

Portrait of the Duke of Cumberland fact file

After his success at Culloden, the Duke of Cumberland was nicknamed ‘Sweet William’ by his supporters but ‘Butcher Cumberland’ by his opponents. 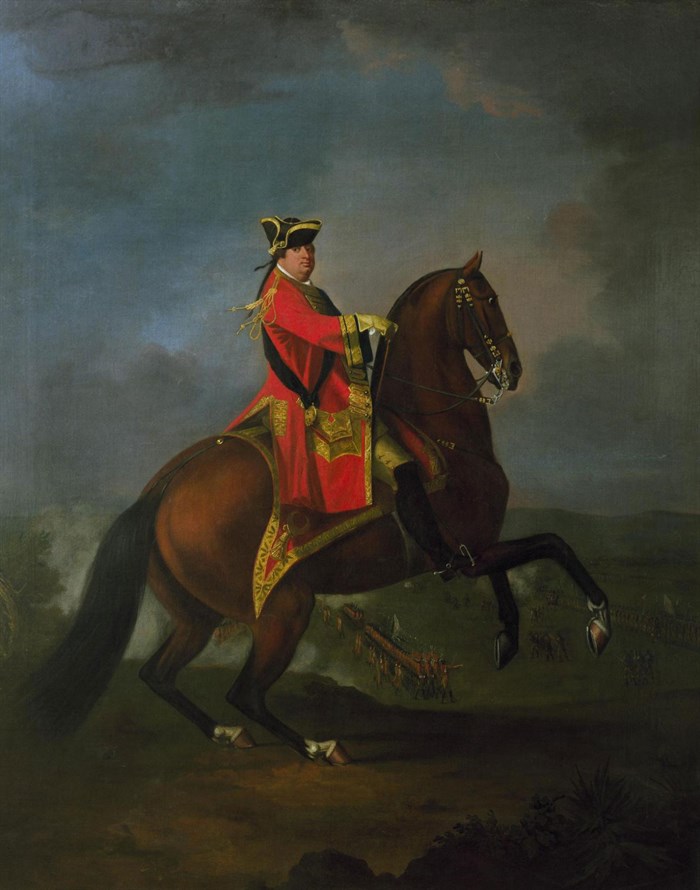 Above: This painting depicts General H.R.H. The Prince William Augustus, Duke of Cumberland, with Culloden in the background.

Who was the Duke of Cumberland?

Prince William Augustus (1721 – 1765) was the third and youngest son of George II. By the time of the Jacobite Rebellion, he was commander-in-chief of British forces fighting on the continent against France. In 1745, as Bonnie Prince Charlie’s attempts to regain the crown for his father, James Stuart (James ‘VIII’), gathered momentum, Cumberland was recalled to put down the rebellion. 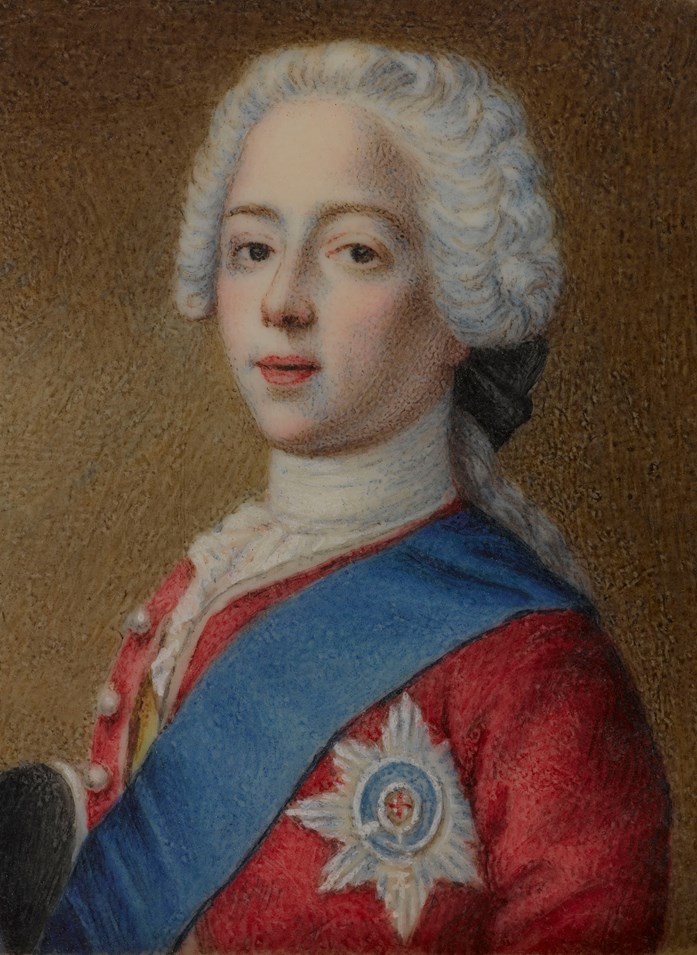 Above: Portrait of Prince Charles Edward Stewart (detail from a miniature, watercolour on bone, artist and date unknown).

On 16 April 1746, his well-equipped, well-trained army destroyed the Jacobite army at Culloden.

In contrast with this triumphant image, many have held Cumberland responsible for the brutal treatment of the Scottish Highlanders after Culloden. For Cumberland, however, Scotland’s instability represented a deadly threat to his family’s power. 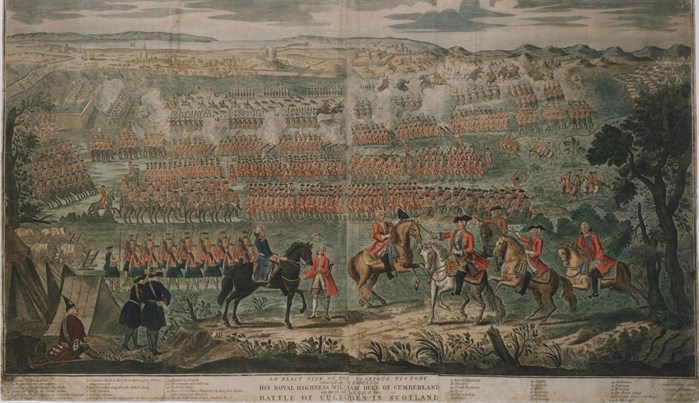 Above: Coloured woodcut showing view of the Battle of Culloden, published 27 October 1746. The Duke of Cumberland is in the middle.

Who was the artist?

Artist David Morier specialised in military portraits and historical scenes. The Duke of Cumberland was his patron, and, he accompanied him to Scotland to capture the details of his campaign against the Jacobites. His most famous painting, ‘An Incident in the Rebellion of 1745’, depicts the Jacobite charge against government forces. 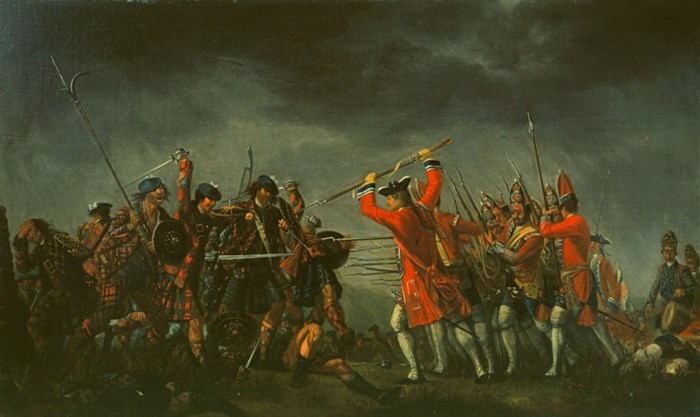 Above: An Incident in the Rebellion of 1745  c. 1745-85. Royal Collection Trust/© Her Majesty Queen Elizabeth II 2017. You can find out more about the painting on the Royal Collection website.

After the Duke retired from military life in 1757, Morier’s fortunes waned. In 1769, he was imprisoned for debt and died in the Fleet Prison the following year.