The Jacobites: Uniform of the Royal Company of Archers

This dashing uniform has links to the Jacobites, the rebel supporters of James VII, James ‘VIII’ and Bonnie Prince Charlie.

Uniform of the Royal Company of Archers fact file

After Bonnie Prince Charlie’s final defeat in 1746, an Act of Parliament banned the wearing of tartan and Highland dress. The Act was repealed in 1782. 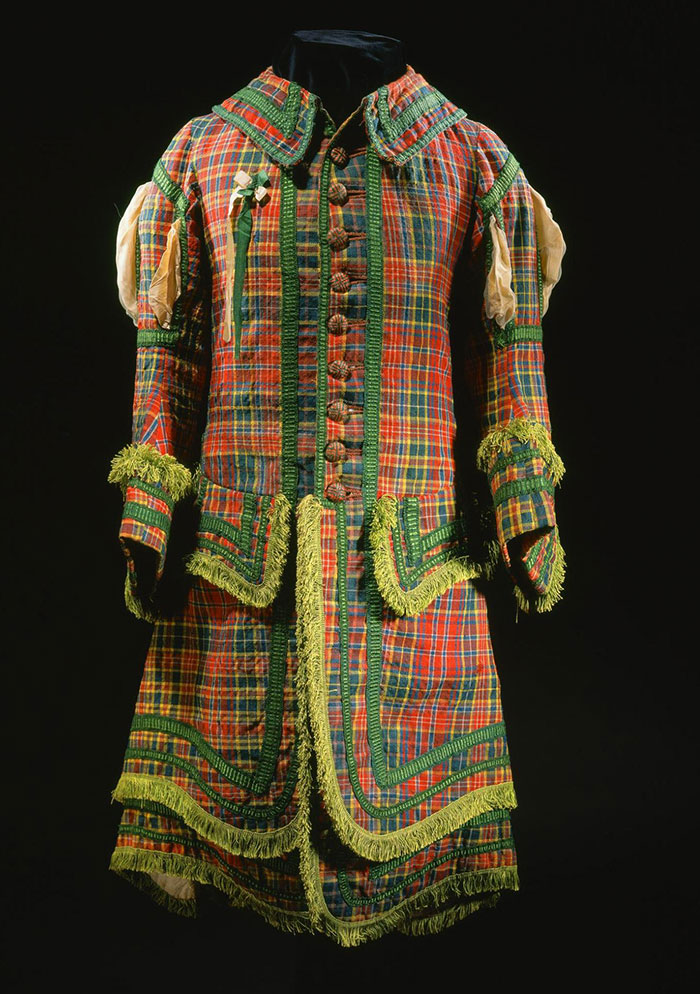 This tartan uniform, probably owned by Stuart Threipland of Fingask, was worn by members of the Royal Company of Archers. The Company was originally established in 1676 to promote the sport of archery in Edinburgh. It was revitalised in 1713 and a new, all-tartan uniform created. Tartan was fashionable at the time as an expression of anti-Union and pro-Jacobite sentiment, and many of the company were known Jacobites, including the Threipland family.

Who were the Jacobites?

The Jacobites were the supporters of James VII, his son James Frances Edward Stuart (James VIII to his followers, the Old Pretender to his foes) and his grandson, Charles Edward Stuart (also known as Bonnie Prince Charlie). The name ‘Jacobite’ is taken from the Latin for James, Jacobus.

James VII relinquished his English throne by fleeing London in 1688. The following year the Scots declared that he had forfeited the Scottish crown. His departure was caused by increasing opposition to his fervent Catholicism among the Protestant majority of his subjects. His place was taken by his daughter Mary and her husband William of Orange, who were both Protestants.

While most Scots supported William and Mary, others still favoured James, and threw themselves behind his attempts, and those of his son and grandson, to regain the throne. The Jacobite risings of 1708, 1715 and 1719 threatened both the Scottish and British state, but failed. The final rising, of 1745-6, was led by Prince Charles Edward Stuart on behalf of his father. It too failed, and the Jacobite cause quickly became a political irrelevance. Equally quickly, the mythology surrounding this lost cause grew, and continues to fire romantic imaginations today. 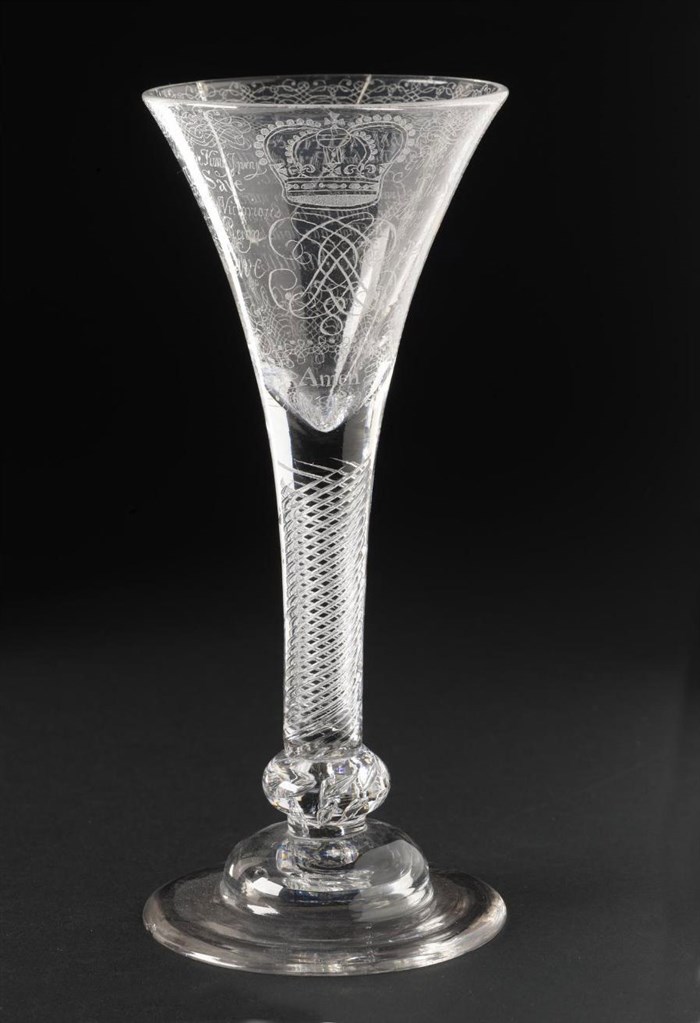 Above: Wine glass engraved with a crown, the royal cypher 'JR VIII', 'Amen', and two verses of a Jacobite version of the national anthem, also associated with the Threiplands of Fingask. On display in the Scotland Transformed gallery at the National Museum of Scotland.

What happened to the Royal Company of Archers?

Today, the Royal Company of Archers forms the Queen’s Bodyguard in Scotland. Duties include attendance at the annual Royal Garden Party at the Palace of Holyroodhouse and at investitures. The Company also still operates as an archery club. 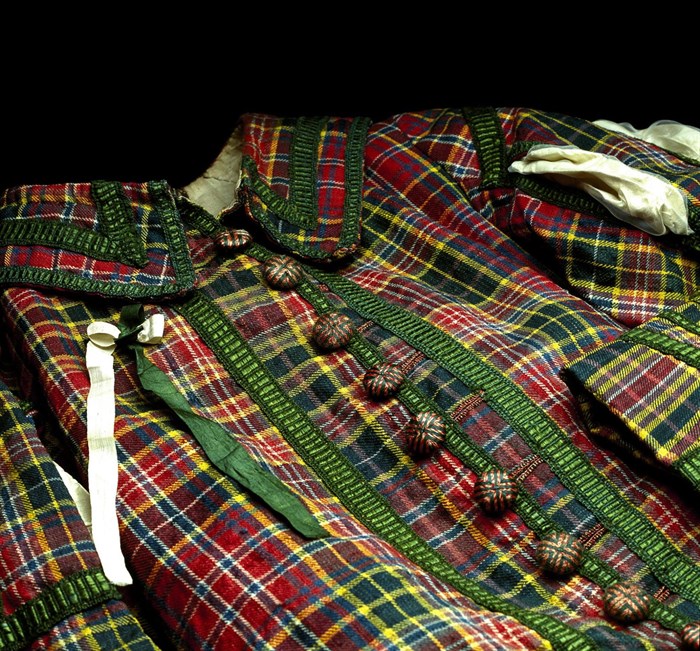 Above: Detail of the uniform.

The Uniform of the Royal Company of Archers is part of