Find out how this revolutionary telescope was invented, and how it found a home at the National Museum of Scotland. 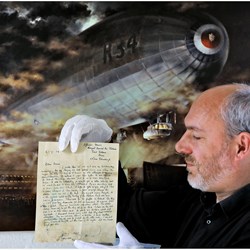 A letter written 100 years ago and dropped over Nova Scotia from the R.34 airship during its record-breaking double transatlantic crossing will go on display at the National Museum of Flight in East Lothian on Tuesday 2 July, the centenary of the R.34’s departure from its East Fortune base.

This bold and vibrant woollen pile rug once furnished the Edinburgh home of Sir Robert Murdoch Smith, the director of this museum from 1885 to 1900.

The National Museum of Scotland has become the first museum or gallery in Scotland available for exploration online via Google Arts & Culture’s Museum View experience.

This tent was a home-made 'mini' vigil travelling stall used by members of the Democracy for Scotland campaign. 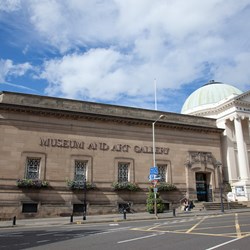 Investigate the Pacific material in Perth. 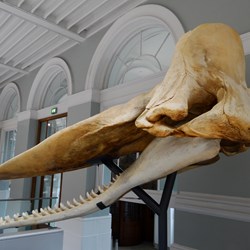 Discover how the skull of a 40ft whale, which captured the heart of the nation, has become a permanent feature at the National Museum of Scotland.

This Persian leopard is a male that was born at Bristol Zoo in 1994. He eventually found a home at Wilhelma Zoo in Stuttgart, Germany where he died at the advanced age of 17 years old.

Two pieces of tusk in our collection show that some woolly mammoths made their home in Scotland, while another provides early evidence of mammoths in North America. 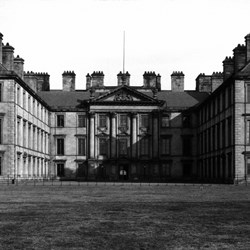 The Rise and Fall of Hamilton Palace

The destruction of Hamilton Palace, the grandest stately home in Britain, was one of the greatest losses to national heritage ever to happen in this country. This is the story of how Scotland’s biggest treasure trove was won and lost.