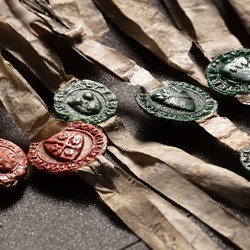 2020 marked the 700th anniversary of the Declaration of Arbroath, one of Scotland's most important historical artefacts. Explore the document in detail and listen to our podcast.

Robert I, also known as Robert Bruce, was king of Scots from 1306 to 1329. Follow his journey from coronation to grave through objects associated with this famous warrior. 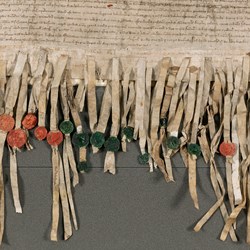 The Declaration of Arbroath Panel Discussion

This event will be rescheduled at a later date. All ticketholders will be contacted in due course.

Britain in the late nineteenth century experienced a revolution in domestic comfort as rising living standards (the consequence of cheap food imports) generated surplus income for ordinary householders which was spent by many on home furnishings. 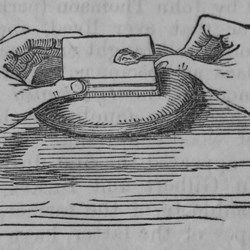 From the professionalisation of wood engraving during the first half of the 19th century, the trade had virtually disappeared by the beginning of the 20th century.