Read more about these objects 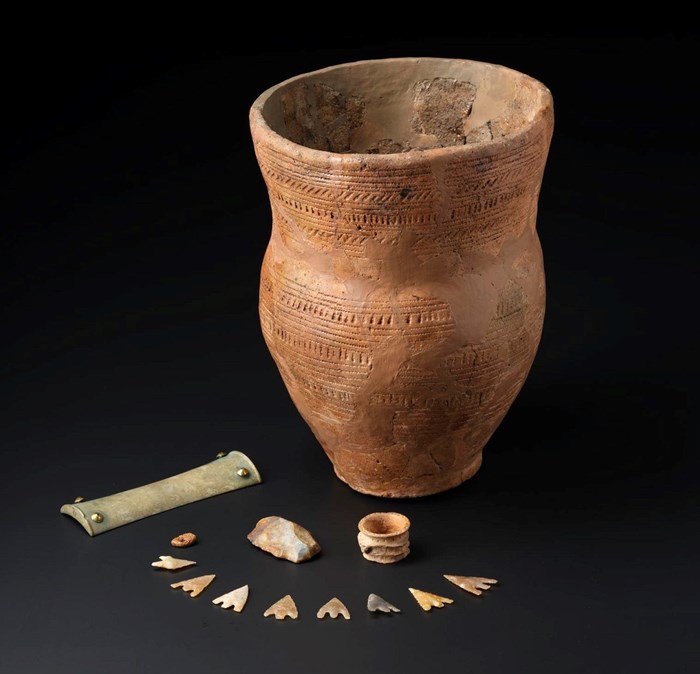 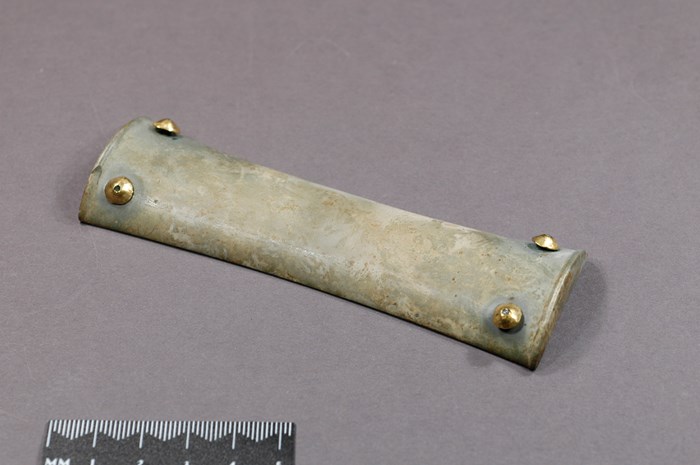 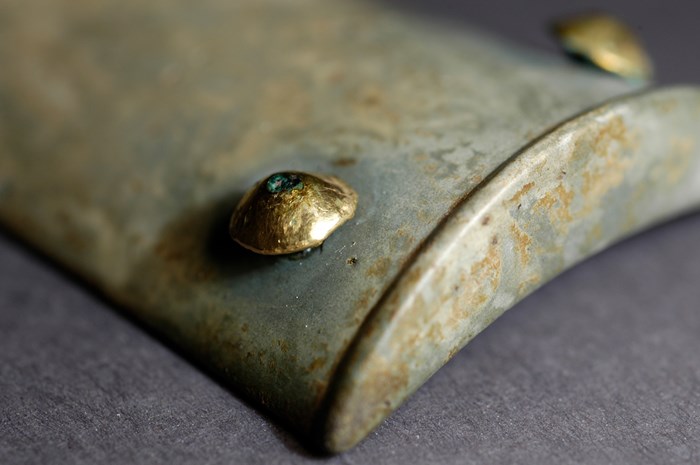 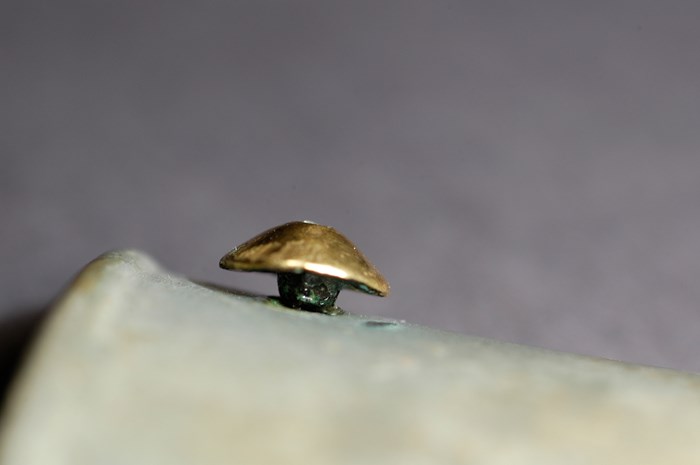 Side view, showing the copper shank of the rivet. Photo by Barbara Armbruster.

The Kelleythorpe wristguard © The Trustees of the British Museum. 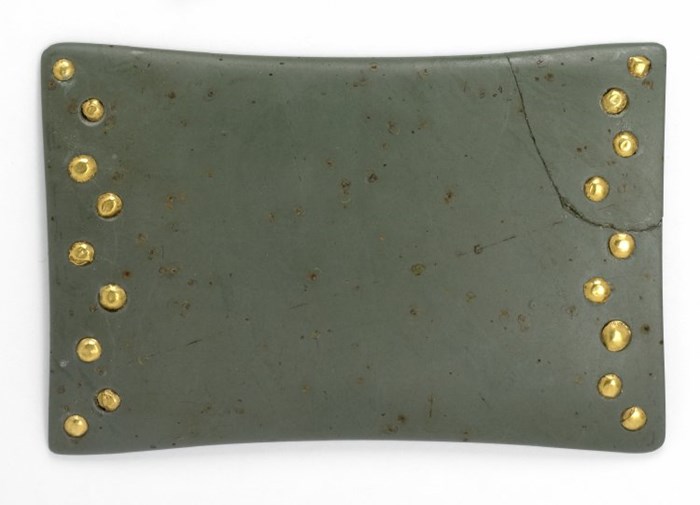 The Barnack wristguard © The Trustees of the British Museum.