This handloom was used for weaving silk at Stonehouse in Lanarkshire in the 19th century. It has a Jacquard attachment which allows complex patterns to be woven. The punch cards used in the Jacquard mechanism laid the foundation for modern computer programming.

Charles Babbage, the inventor of the first mechanical computer, was inspired by the Jacquard system to use punch cards to programme his Analytical Engine. 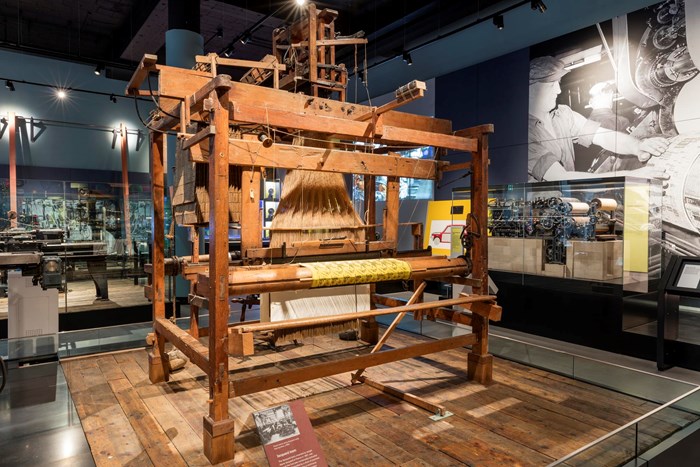 Above: Jacquard loom in the Making It gallery in the National Museum of Scotland.

How does a Jacquard loom work?

The Jacquard mechanism, invented by Frenchman Joseph Marie Jacquard and first demonstrated in 1801, simplified the way in which complex textiles such as damask were woven. The mechanism involved the use of thousands of punch cards laced together. Each row of punched holes corresponded to a row of a textile pattern. This modification not only introduced greater efficiency to the weaving process, allowing the weaver to produce, unaided, fabrics with patterns of almost unlimited size and complexity, but also influenced the future development of computing technology. 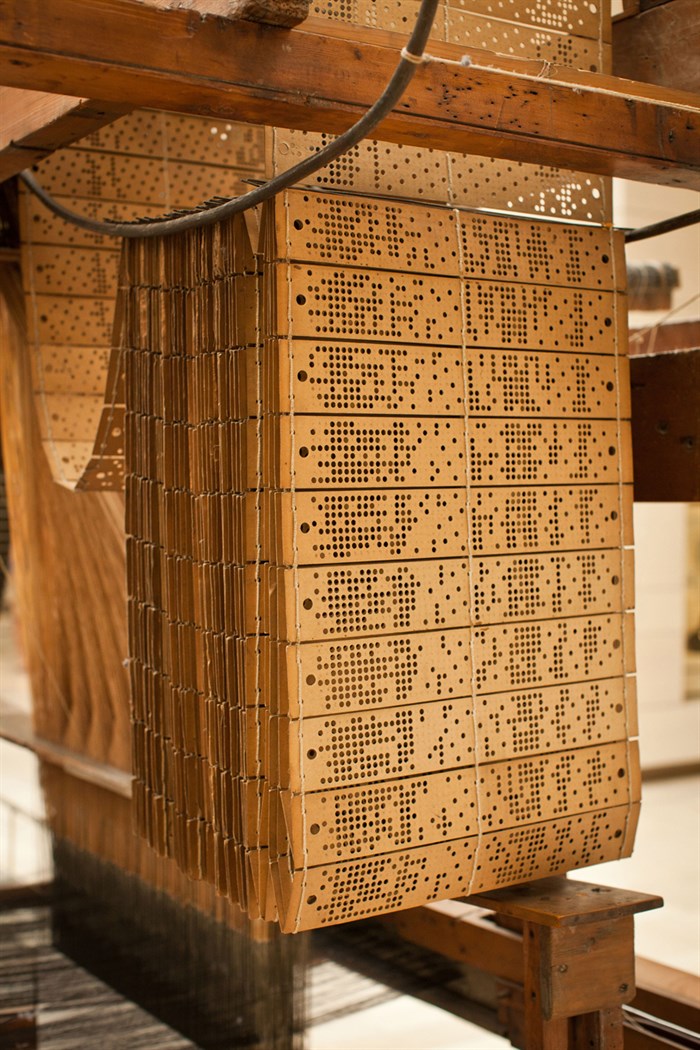 Above: Each row of punched holes in these cards corresponds to a row of the textile being woven.

You can see a Jacquard loom in action here. This loom was filmed at Paisley Museum.

Where does the loom come from?

Jacquard looms are recorded as being used in the Scottish textile industry from the 1820s. It is believed that they were operational in Angus, Kincardineshire and Paisley for shawl production and Dunfermline for damask weaving. 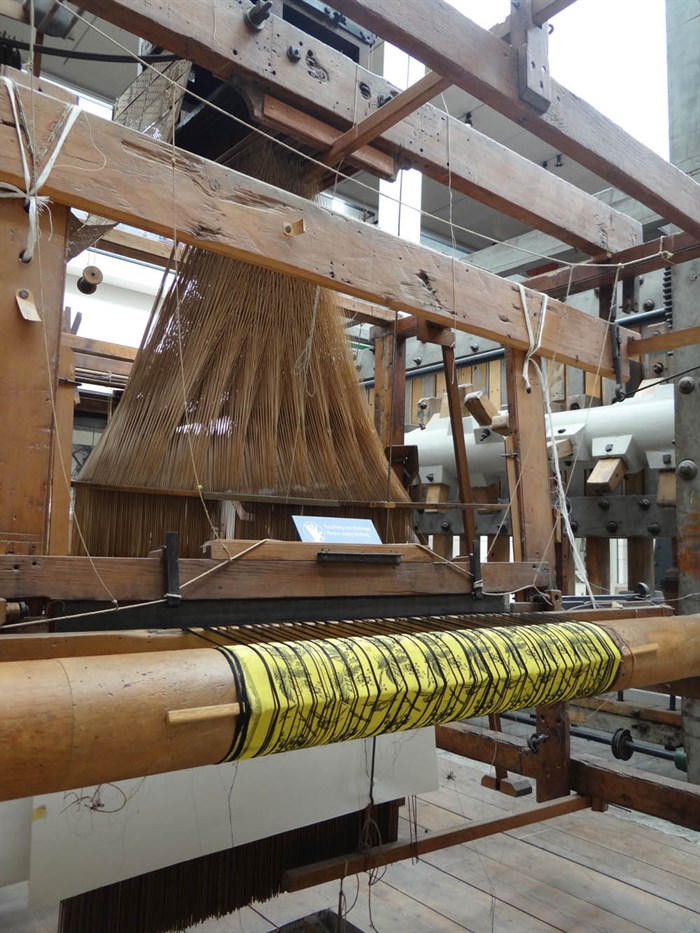 Above: Cloth being woven on the Jaquard loom in the Scotland Transformed gallery.

This particular loom was used by two weavers from Stonehouse in Lanarkshire, brothers Robert and James Hamilton. Weaving was part of ordinary life for many families in Scotland, and was a major cottage industry in Stonehouse for over 200 years. However, as the increased automation of looms during the 20th century reduced the need for human input, the industry became outdated and had died out altogether by the 1940s. 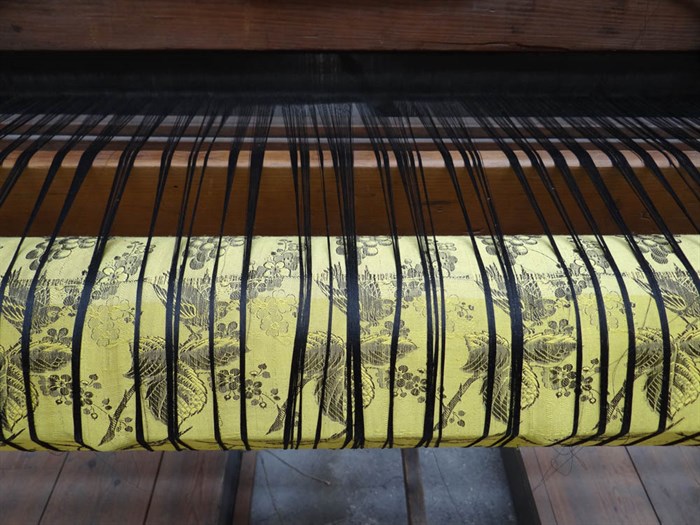 Above: Intricately patterned cloth on the Jacquard loom.

The maker’s stamp ‘J.HOOD, NEWMILNS’, suggests the loom was manufactured by well-known Jacquard loom and lace maker Joseph Hood. Hood, who was based in Newmilns, Ayrshire, played a big role in the production of looms and the development of the Scottish textile industry during the mid to late 19th century.