Mary, Queen of Scots is one of the most famous yet enigmatic figures in Scottish history. Our collection contains a rich selection of objects associated with Mary. Explore her dramatic story and separate out the facts from the myths that have built up around her.

Elizabeth I of England famously called Mary, her cousin, ‘the daughter of debate’. Mary was a controversial figure in her own lifetime, who stirred up fierce loyalty in her supporters and equally impassioned opposition from her enemies. She continues to inspire similarly strong reactions today. Myth and mystery, immortalised in films, plays, operas, and whodunnits, continue to obscure the nuanced reality of who Mary was and what she is supposed to have achieved.

Together, the objects in our collections associated with the life of Mary, Queen of Scots reveal a majestic Mary, in stark contrast to the tragic figure so often recalled in her posthumous portraits dressed woefully in black. They tell of a queen of Scotland and, briefly, of France too (1559-60), educated to rule and furnished with the trappings of a Renaissance monarch who bought, was given, and inherited precious jewels and objects. This is a Mary of fearsome intelligence and sophistication: vivacious, multilingual, a skilled lute-player and poet, undeniably remarkable even in the eyes of her critics.

Explore these pages to learn the story of the iconic Queen of Scots. 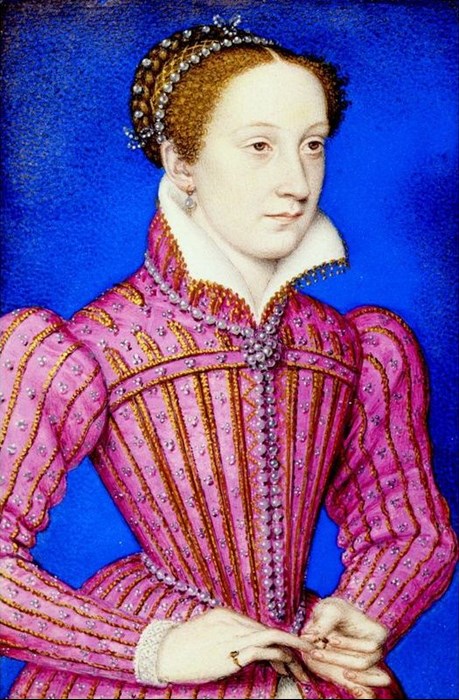