This elaborate set of travelling cutlery and two wine beakers was made by the Edinburgh goldsmith Ebenezer Oliphant in 1740-41, and may have been a 21st birthday gift for Prince Charles Edward Stuart.

The canteen contains several pieces, including a wine-taster, a cruet, a teaspoon and marrow scoop, a corkscrew, a nutmeg grater and a knife and fork.

Who was Bonnie Prince Charlie? 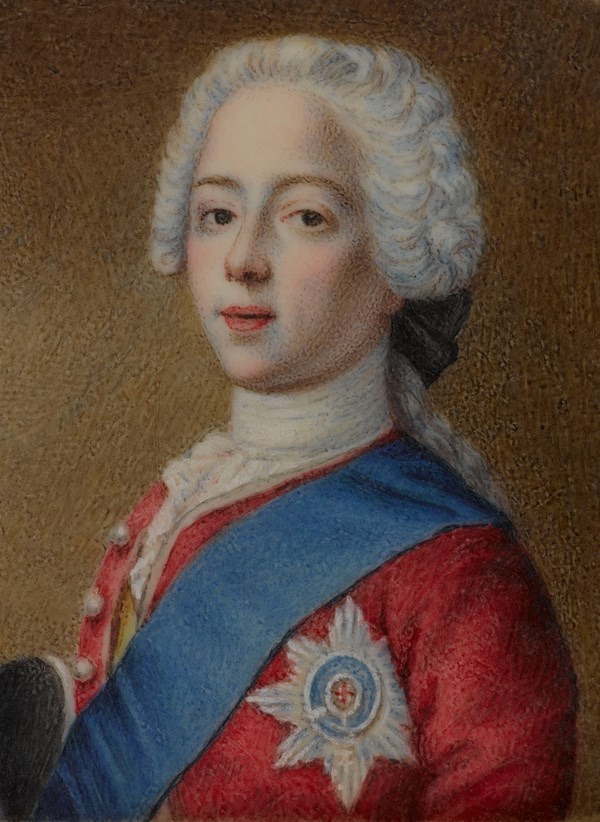 Above: Portrait of Prince Charles Edward Stewart (detail from a miniature, watercolour on bone, artist and date unknown).

Prince Charles Edward Stuart was born in Rome in 1720. Better known as ‘Bonnie Prince Charlie’ or the ‘Young Pretender’, he was his family’s last hope in the fight to regain their lost kingdoms.

In 1744, he took up active pursuit of the claim to the three kingdoms and set out on his journey to regain the crown for his father.

He landed in Scotland in 1745 to raise forces to restore the Stuart monarchy to the British throne.

How does the travelling canteen represent the Jacobite cause?

The outer case of the travelling canteen is decorated with the three-feathered badge of the Prince of Wales, while the lid is chased with bands of linked thistles and a figure of St Andrew surrounded by the motto ‘Nemo Me Impune Lacesset’, all representing the collar and badge of the Most Nobel Order of the Thistle. In Jacobite eyes, Prince Charles was created Prince of Wales on his birth in 1720, and was made a Knight of the Thistle shortly after. 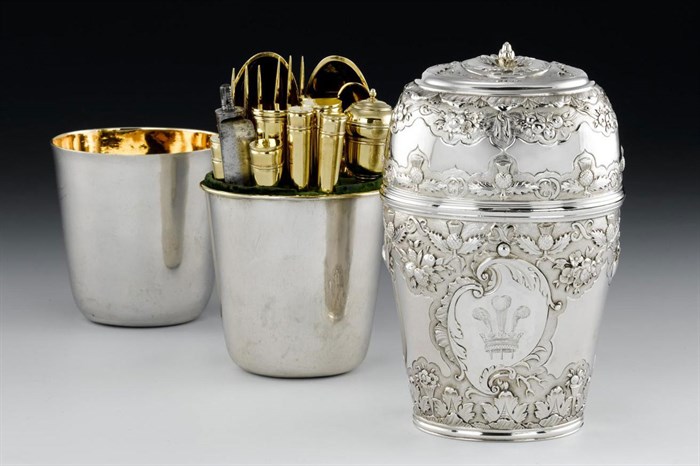 Above: The travelling canteen, engraved with the three feathers of the Prince of Wales.

Who was Ebenezer Oliphant?

Ebenezer Oliphant was a member of the staunchly Jacobite family of the Oliphants of Gask, in Perthshire, and his father and brother (both called Laurence) were ‘out’ with Prince Charles’s army during the 1745-6 Rebellion.

Above: The base of the travelling canteen, showing the intials of its maker, Ebenezer Oliphant.

When did the canteen arrive in Scotland?

Charles brought the canteen with him to Scotland in 1745. At first his campaign went well. Having gathered support from the Highland clansmen, Charles marched south, defeating the British government’s army at Prestonpans, in East Lothian, then crossing the border to England and successfully laying siege to Carlisle. Charles and his army reached as far south as Derby, causing panic in London, before reluctantly retreating to Scotland on the advice of his commanders. After defeating government forces again at Falkirk, the Jacobite army headed north.

When the Rebellion came to an end in April 1746, with the defeat of the Jacobite army at Culloden, Charles had the canteen with him in his baggage. 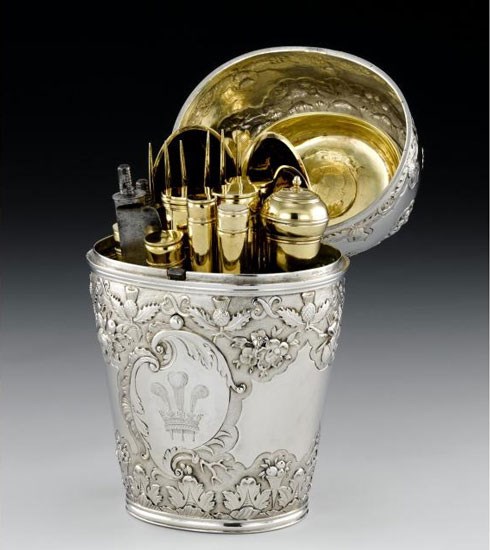 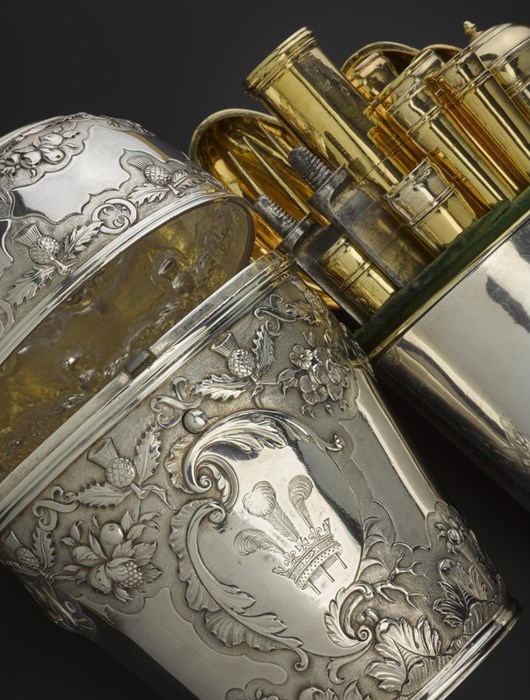 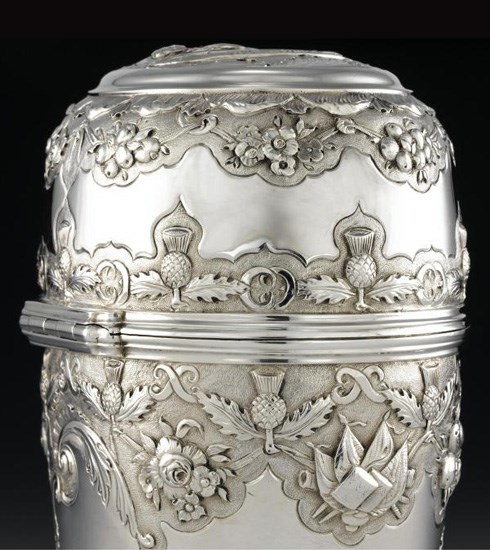 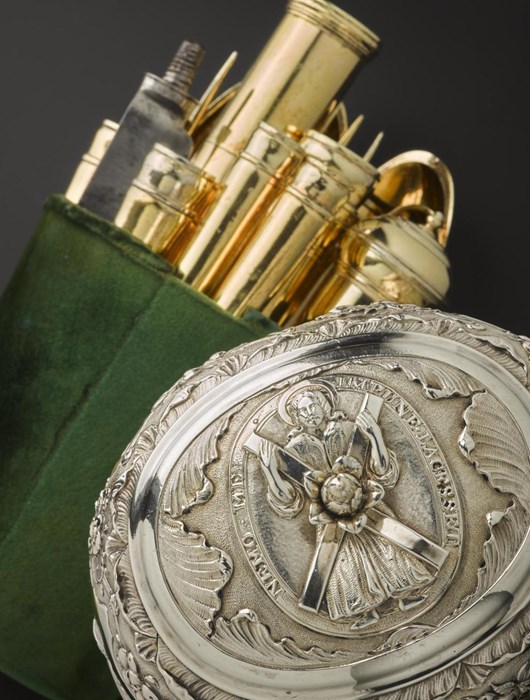 You can find out more about the travelling canteen in this short film.

How did the canteen come into the museum collection?

The victorious government commander, William, Duke of Cumberland, captured the canteen and gave it to one of his aides, George Kepple, later the Earl of Albemarle, and it remained in his family until 1963. The canteen was finally acquired by the Museum in 1984, after a successful public fundraising campaign to prevent it being sold abroad.