Discover the story of Scotland at war within the walls of Edinburgh Castle.

Find out more
Explore over 400 years of conflict through a unique collection of military objects, artwork and personal stories.

A Nation in Arms

Discover how conflicts at home and abroad have shaped Scotland's image and reputation over the centuries. Like any other nation, Scotland’s military history has been shaped by its terrain and its position on the map. This gallery explores how the division between Highland and Lowland, a long coastline, and access to important sea routes have influenced Scotland’s strategic importance. Discover more about the relationship with Scotland’s powerful neighbour, England, and the opportunity that the army represented for ordinary Scots. 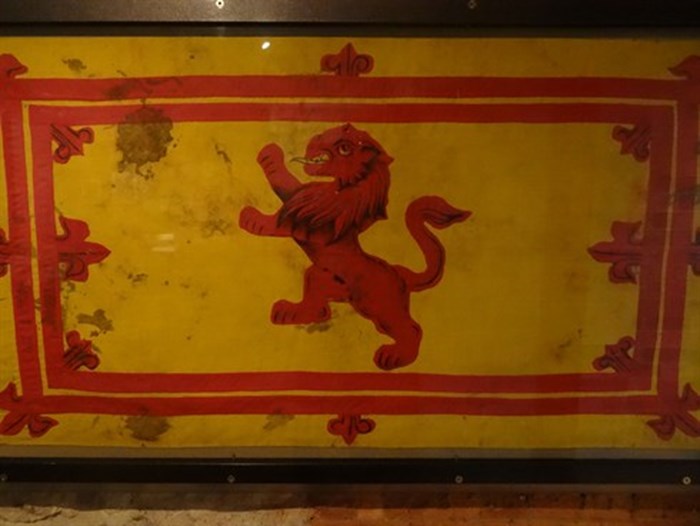 Above: Scottish Royal Standard flown in the defence of Crete, 1941.

Take time to watch our short film, which creates the context for the rest of your visit. Explore highlights of our collection that introduce the major themes of the museum, and uncover the stories of some key figures in Scottish military history. 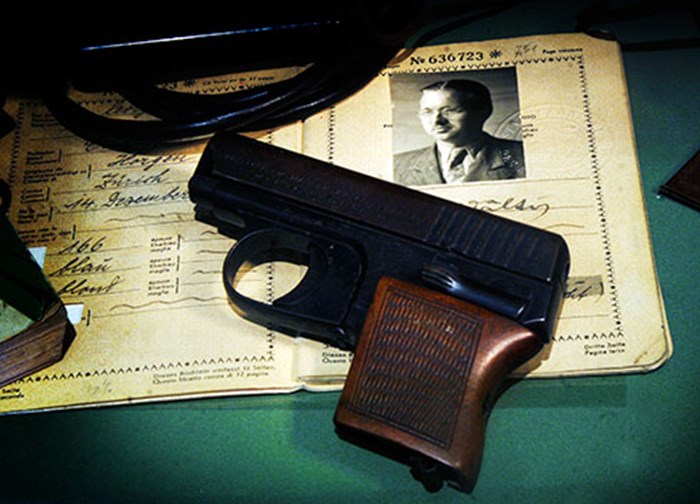 Above: Pistol taken from a German spy arrested at Waverley station in 1940, on display in Active Service gallery.

A Grand Life for a Scotsman

There is a long history of Scots serving in the British armed forces. Why did thousands of individual Scots willingly spend much of their lives as sailors, soldiers or airmen? What motivated them to join up and how did military service affect them?

Recruitment posters line the entrance to A Grand Life for a Scotsman gallery.

In this gallery you can explore daily life of Scots servicemen from recruitment to retirement. See posters designed to attract people to join the armed forces and understand how they've changed throughout the years. Discover uniform, souvenirs, personal possessions and letters home, which help tell the story of life in the armed forces – and don't forget to say hello to Bob the dog! 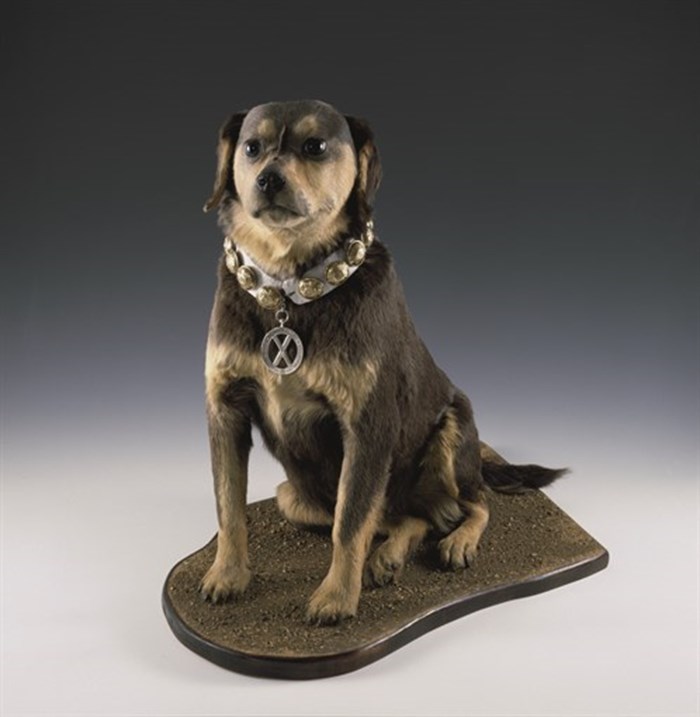 Above: Bob the dog on display in a Grand Life for a Scotsman gallery.

Tools of the Trade

The equipment of war tells a story all of its own. The objects in this gallery were all developed to equip the individual for war. See the weapons, equipment and clothing developed to meet the demands of war, from Highland broadswords to modern rifles, protective suits to medical kits.

The divide between the Highlands and the Lowlands has played an important part in the story of Scotland. In the 17th and 18th centuries, the Highlands were often beyond the control of government and were seen as a threat to the spreading power of the British state. Yet since then, the Highland soldier has become an icon of Scottish identity.

The objects in this gallery tell the story of this dramatic change from Highland rebel to military exemplar, through paintings, Highland uniforms, bagpipe music and more.

Robert Gibb's famous painting The Thin Red Line can be seen in the Highland Soldier gallery.

While many Scots chose a life of military service, much of their duty lay overseas expanding or defending the British empire. So who was left to defend Scotland in times of war or danger?

In this gallery you'll find medals, mementoes, souvenirs and photographs that tell the stories of the men and women who protected Scotland on the home front. Follow the story of how Scots became involved in part-time or temporary military service and find out how war gradually came to touch the lives of everyone in Scotland.

Fighting is the ultimate task of any military organisation. The extreme nature of this experience makes it difficult to imagine for those who have not gone through it themselves. Here is an opportunity to explore something of the reality of war through the eyes of Scottish servicemen.

This gallery offers a personal perspective of over 300 years of warfare through collections of medals, memorabilia and weapons relating to extraordinary individuals. Find out what it was like to face the enemy and even face up to death, and learn about leadership and morale, victory and defeat, loss and commemoration.