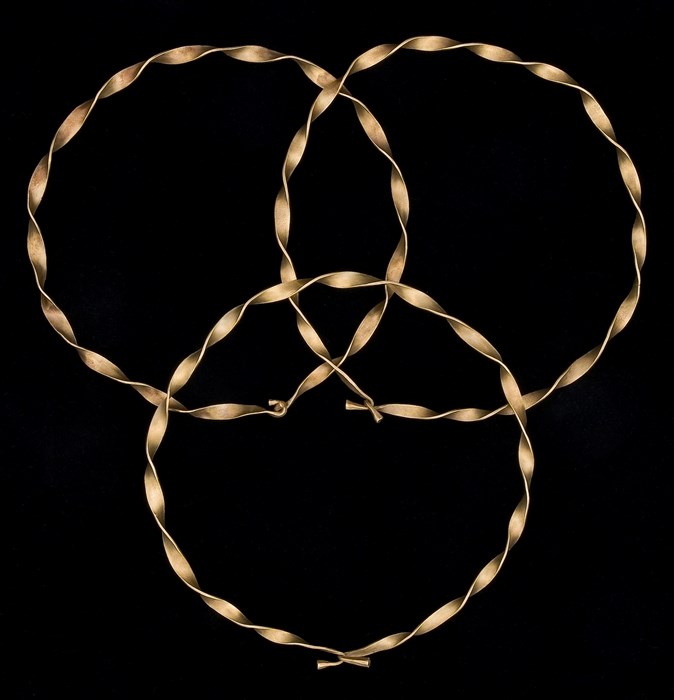 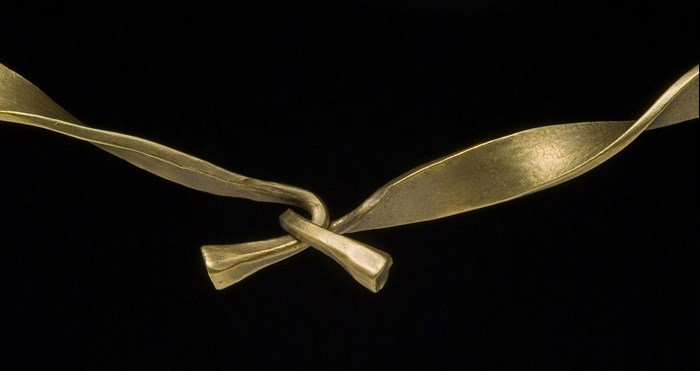 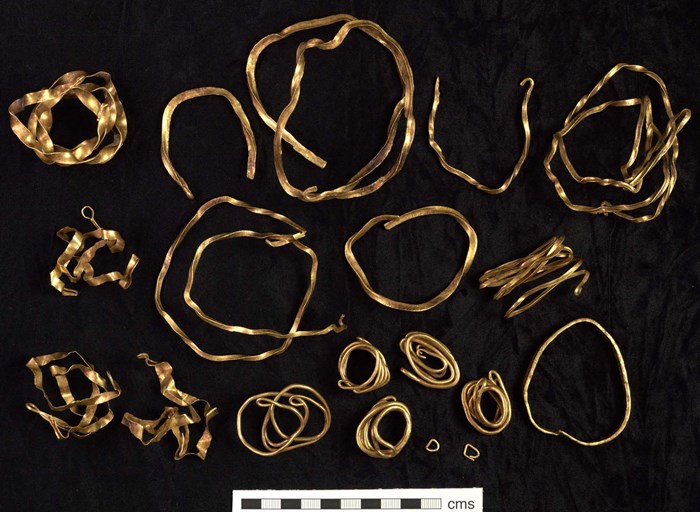 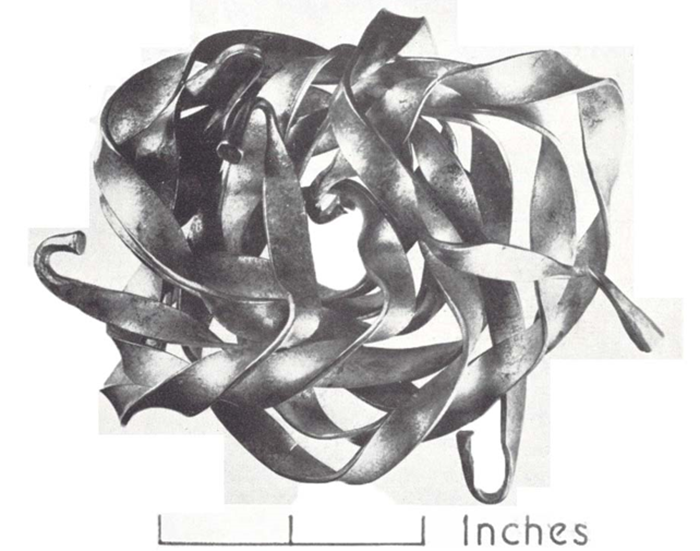 The crushed Heyope torcs as they were found (source: Savory 1958, Plate II). 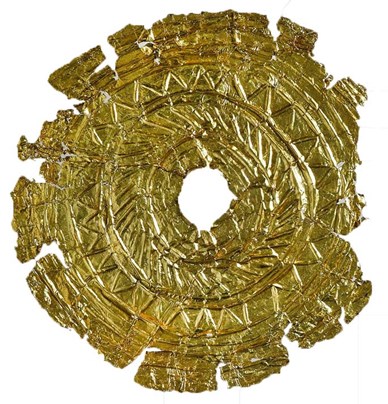 Early Bronze Age gold discs such as this one from the Knowes of Trotty, Orkney, may have had links with the sun.