Our ancient Southern European collections offer a window onto the diverse cultures that flourished along the Mediterranean coast in antiquity.

Objects from ancient Greece and Rome were amongst the earliest collections donated to the Museum in the early 19th century, when ‘Classical antiquity’ held particular influence in Britain. National Museums Scotland’s collections now comprise around 3,200 ancient Greek, Roman, Cypriot and Etruscan objects, ranging from the Neolithic to the late Roman period. These objects offer a glimpse into the daily lives of the people who lived along the Mediterranean coast of Europe: their customs, artistic and craft production, religions, stories, and beliefs about life and death.

The collections include about 300 Greek and Italian ceramic vessels and more than 400 fine examples of ancient glass, as well as terracotta figurines, architectural ornaments, coins, bronzes and stone sculpture. The ancient glass collections were acquired from the 9th Earl of Northesk in 1879, and Eugène Piot (1812–1890). A significant transfer from the University of St Andrews of c. 500 objects excavated at the site of Kouklia in Cyprus took place in 1987. The Museums also hold important Iron Age finds that sparked the first prehistoric archaeological excavations in Greece. 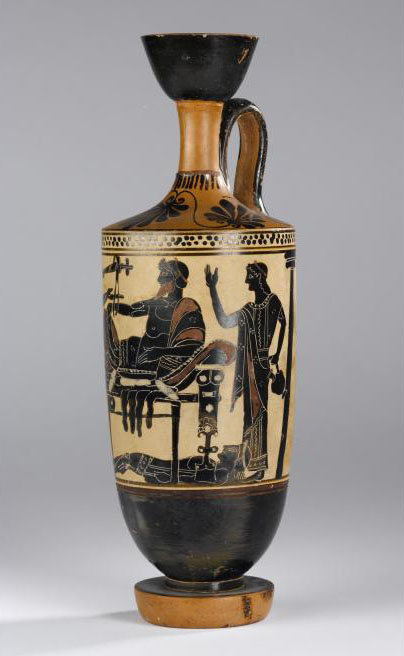 Above: Lekythos decorated with a scene from Homer’s Illiad of Achilles delivering the body of Hector to his father King Priam, by the Edinburgh Painter, 5th century BC

Some of the most intriguing objects from the ancient Greek world are their painted vases. The images on the vases depict gods and heroes from Greek mythology, and aspects of ancient Greek religious life, but also notorious drinking parties. Some vases depict typically male activities, such as warfare and athletics, while others give insights into women’s domestic area of the house. 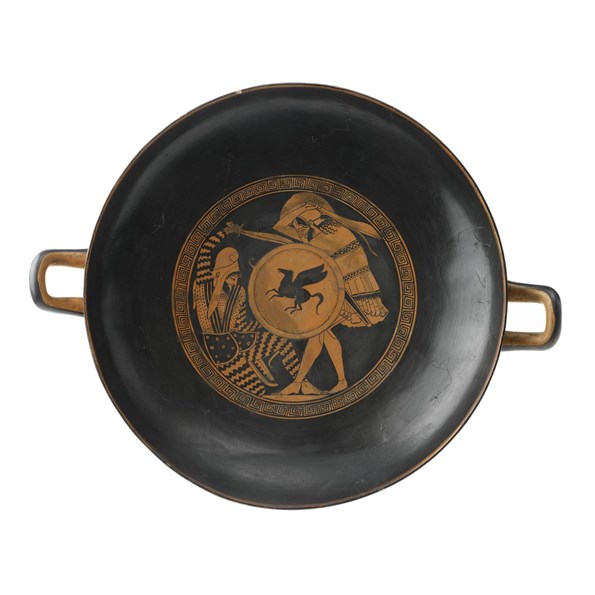 Above: Kylix depicting a Greek hoplite slaying a Persian inside, by the Triptolemos painter, 5th century BC

The images on the vases are not their only important element. The vases’ shapes are also of great significance. Different shapes were used for different purposes, ranging from fish plates with special compartments for sauces and condiments used during dinner parties to elaborate cups and jugs for the drinking parties that followed after dinner. Certain vases were used by women for perfumes and wedding preparations, or held perfumes offered to the tombs of the deceased. 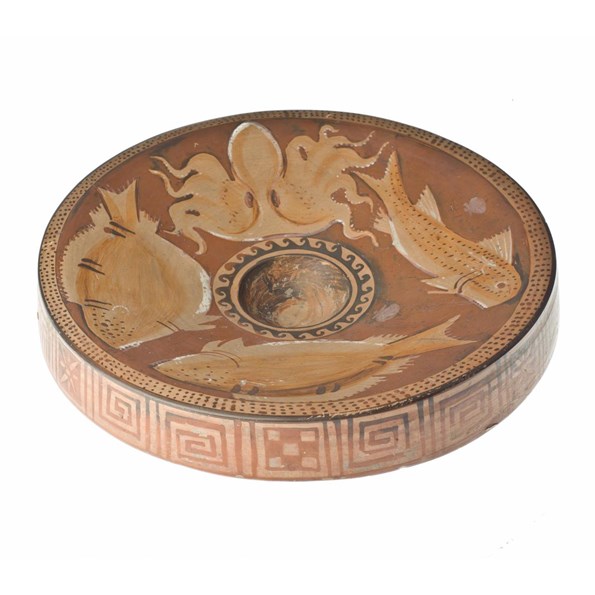 Above: Fish-plate painted with an octopus and three fish (mullet, wrasse and bream) and two jellyfish, Campanian, mid-4th century BC

See highlights from our collection on our Collections Search and discover for yourself how the forms of the vases and the images that decorate them are related. Through the vases, you can explore what ancient Greek gods and heroes looked like and get a glimpse of how ancient Greek men and women lived their lives.