Who was Jean Jenkins?

Jean Jenkins (17 March 1922 - 12 September 1990) was an American-born ethnomusicologist who moved to the United Kingdom in the 1950s during the McCarthy era. Jenkins' career was based in the UK, although she travelled extensively undertaking fieldwork in Africa, India, the Middle East and Central Asia.

Her passion was music as a played form and she recorded all forms of music, always carrying the latest recording technology. Her recordings include classical, court, popular, folk and religious music. She always documented the context in which music was performed, collecting information, taking photographs, making notes and buying musical instruments. 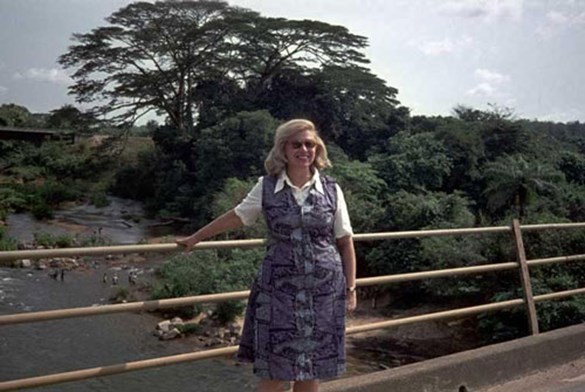 Above: Jean Jenkins in Sierra Leone.

Date Jean Jenkins was collecting from the 1950s to 1980s but some of the items collected are much older.

Made in The bulk of Jenkins' collections come from Africa and Central Asia.

Did you know? Jenkins' work was key to the rise in popularity of music from Africa and Asia, which was little known in Europe at the time.

How did the collection come to the Museum?

The Jean Jenkins Collection came to the Museum in two stages. In 1980, the Museum purchased Jenkins' personal collection of musical instruments, textiles, paintings, figures and other items related to her travels and music in general.

After Jenkins' death in 1990, the Museum received the rest of her collection through the wishes of the executor of her estate. This included the sound recordings, recordings of her radio broadcasts, a large personal archive of professional correspondence, slides, photographs, a number of musical instruments as well as pieces related to her fieldwork. It is believed to be one of the broadest musical recording archives ever collected by a single person.

The slideshow below shows photographs taken by Jenkins in the field.

In 1983 Jenkins curated the Man and Music exhibition at the Royal Scottish Museum (now the National Museum of Scotland) which displayed musical instruments and traditions from around the world. She worked for many museums throughout her life, as well as creating radio programmes for the BBC. 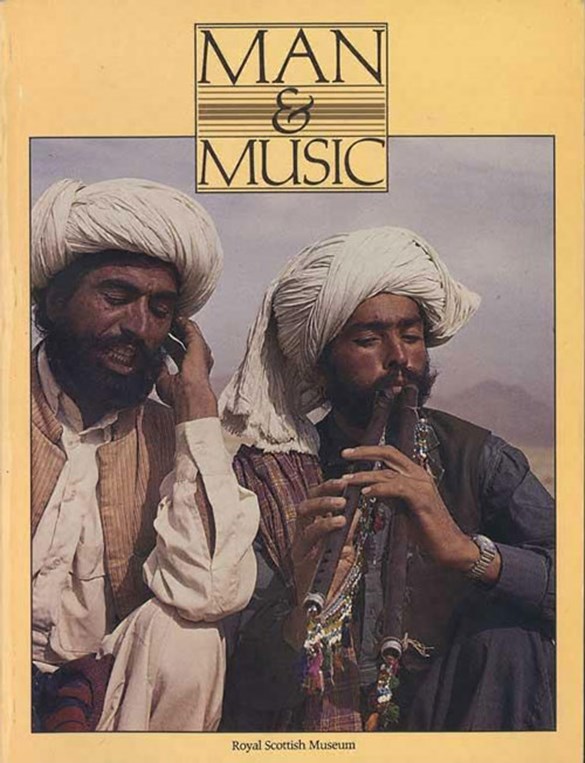 Above: The cover of Jenkins' book Man and Music, written in 1983 to accompany the exhibition at the museum.

Highlights in the collection

Slides in the collection were largely taken by Jenkins during fieldwork. Over 500 have been digitised and are available through SCRAN. The images include musicians and performances from many countries including Bali, Ethiopia, Mongolia, Pakistan and Ghana. These show musicians playing or musical instruments, though Jenkins regularly had herself photographed while recording music. 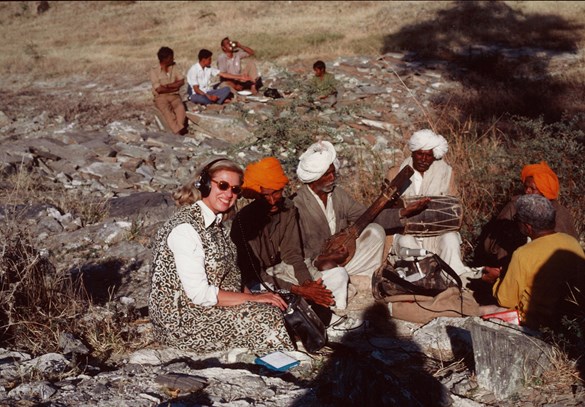 Above: Jean Jenkins recording in Rajasthan.

Jenkins’s musical instrument collections includes percussion, wind and string instruments, such as  harps, trumpets, fiddles, flutes and drums. Jenkins travelled to Morocco a number of times. Examples of the instruments she collected can be seen in the Performance and Lives gallery in the National Museum of Scotland.

Jenkins was a passionate and prodigious collector and she reserved her dedication especially for musical recording. Tape recordings (she said) brought instruments to life. The Museum has a collection of 677 original reel to reel field recordings, amounting to several thousand individual musical recordings. The tracks have been digitised to allow them to be accessible and preserved in the digital age. Highlights include recordings made in Rajasthan, Afghanistan, Ethiopia and Uganda. You can hear some of her recordings in the World Music Composer game, which you can play in the Performance and Lives gallery and online.