The feathers stretch out to 1.2 metres when open.

Lady Victoria was the subject of an 1892 photograph by pioneering Edwardian society photographer Alice Hughes. It is the earliest surviving commercial photograph taken by her.

Feathered fans were extremely popular during the early 20th century. Just like this one, they were often large and extravagant; enormous ostrich feathers made an impact worn against the Jazz Age era’s slim-line evening gowns. 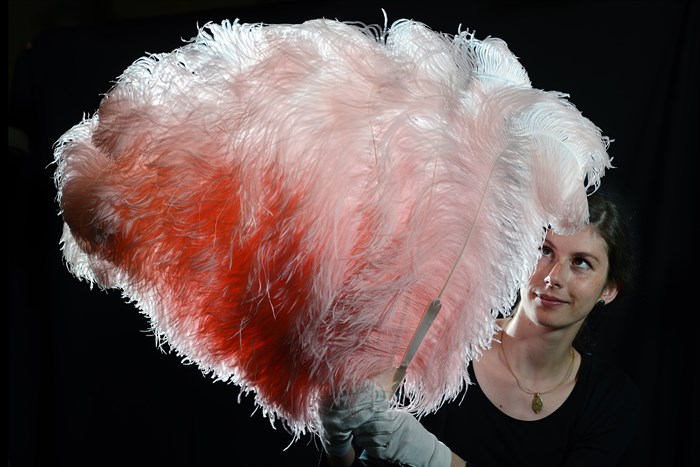 Colourful feathers had been used in fashion fans since the mid-1800s. Originally, fan-makers allowed their natural pastel colours to echo the gentle tones of Victorian evening gowns. By the 1920s however, they were dyed all the colours of the rainbow to match swinging flapper dresses.

These delicate pink feathers may look rather innocent to us now but at the time, they were high fashion – and rather risqué. Society belles attended balls wearing the same plumed fans that discreetly covered the dancing girls of the Moulin Rouge!

Not just a pretty accessory, for hundreds of years fans like this one were also used by fashionable ladies to communicate love notes to dance partners and suitors. 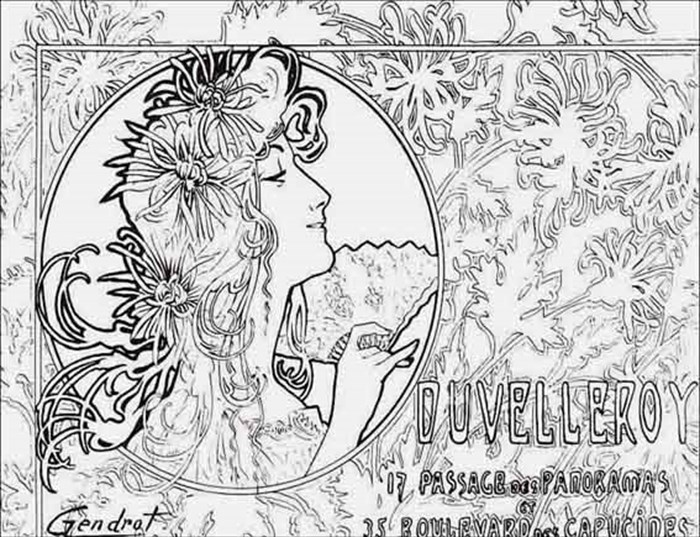 Simple movements were published in etiquette guides and society magazines, like Charles Francis Badini’s Fanology, or Ladies’ Conversation Fan (1797). Armed with a fan, couples could hold a complete conversation in silence.

May I have this dance? A fan rested on the right cheek meant yes, on the left cheek no.

An eager bride-to-be could shut a fully open fan slowly, signalling to her partner I promise to marry you. But twirling a fan in your right hand would jilt a suitor, telling them I love another. Kinder souls could draw a fan across their eyes, I am sorry.

And cheeky chancers could press a half-closed fan to their lips, declaring You may kiss me.