Professor Matthew Forster Heddle was a larger than life character, a renowned academic and one of Scotland's most famous mineralogists.

Matthew Forster Heddle was born in Hoy in Orkney in 1828 to Robert and Henrietta Heddle. From his boyhood he had been accustomed to wander among the dangerous precipices and lofty sea cliffs of his native islands. He was also trusted to take himself off in a small boat to travel the wild seas and navigate the dangerous coast lines of the region. It was this trusted self-reliance that would manifest itself in his later life and help him be resilient in his chosen profession.

From a young age Matthew Heddle was keen on both botany and chemistry. When the time came for Matthew to be schooled it was decided to send him to Edinburgh, to attend first Edinburgh Academy, then, from 1842, Merchiston Castle boarding school. Whilst there he helped to start its Natural History Society and developed a herbarium. After the herbarium he had created was accidentally damaged by another student he resolved to collect and study an area of natural history that would be more resilient. It was this random event that would shape the rest of his life’s work and fuel his growing passion for geognosy (now called geology) in all its forms. 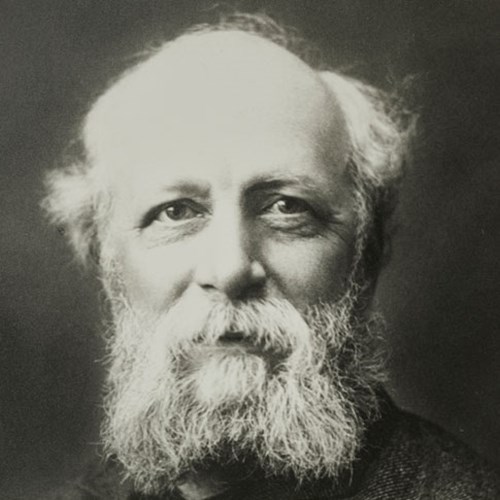 After leaving school in 1844 he enrolled at Edinburgh University to study medicine like so many of his peers, though it had been mentioned that this talented man could have probably turned his hand to almost any of the learned professions of the time. He also took time during his education to travel to Germany to study Chemistry and Mineralogy at Clausthal and Freiberg. He returned to Edinburgh and graduated MD in 1851. His graduation thesis was entitled The Ores of the Metals. In that same year, he became President of the Edinburgh Geological Society and, while holding this office, was instrumental in urging upon the Government of the day the importance of instituting a Geological Survey of Scotland.  (The official Geological Survey of Scotland was started in 1855 under AC Ramsay as a result of the petition in which Heddle had played an important part.)

From medicine to chemistry

For five years from 1851 he practised medicine but became disenchanted with it as a calling and decided to travel to the Faroe Islands to collect zeolites. On returning he took an appointment to assist the now aging professor of chemistry Arthur Connell at the University of St Andrews, eventually taking up the Chair of Chemistry in 1862, a position which he was to hold for more than 20 years.

By all accounts he was a kind and enthusiastic teacher who excelled at practical classes and was able to get the best out of his students. It is this appointment that enabled him to fulfil his real passion, that of geology and mineralogy. Throughout his life he worked on a number of notable areas of Earth Sciences with his broad interests covering such diverse subjects as mapping huge areas of Scotland to the study of the composition of granites and the nature of pegmatites.

He even dabbled in palaeontology, with reports of him overseeing the excavation of a significant mass mortality horizon of fish from the Dura Den area of Fife in 1853. One of the discovered species is named after him:Gyroptychius heddlei. [1] 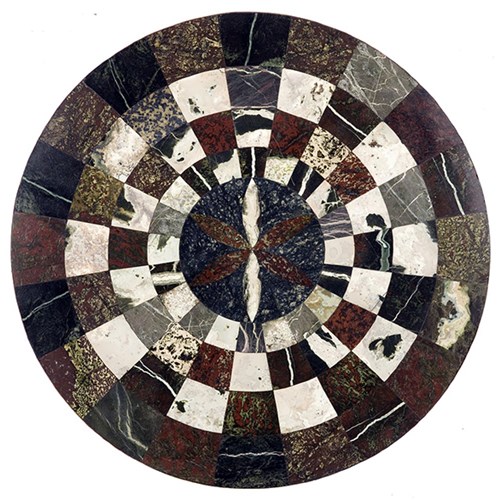 Above: Table top made for Heddle from pieces of Scottish serpentine.

Despite these forays into other areas, his real obsession was the study of mineralogy and it is to this subject that he made the most significant contributions. Over the years he published numerous papers and texts including a huge piece on Mineralogy for the Encyclopaedia Britannica. In 1879 He was also awarded the Keith gold medal, by the Royal Society of Edinburgh for his paper on Rhombohedral Carbonates.

Heddle had always intended to produce and publish a comprehensive work on the ‘Mineralogy of Scotland’ and to this end he had been collecting and studying huge quantities of specimens throughout his career. Despite the work being at an advanced state of completion it wouldn’t be published until after his death in 1897. To achieve this, in his will Heddle appointed a committee led by JG Goodchild, curator of the British Geological Survey collections, and Alexander Thoms, who later married Heddle's eldest daughter.

Heddle died in 1897, leaving a rich legacy that includes:

You can see a full bibliography of Heddle's works here. 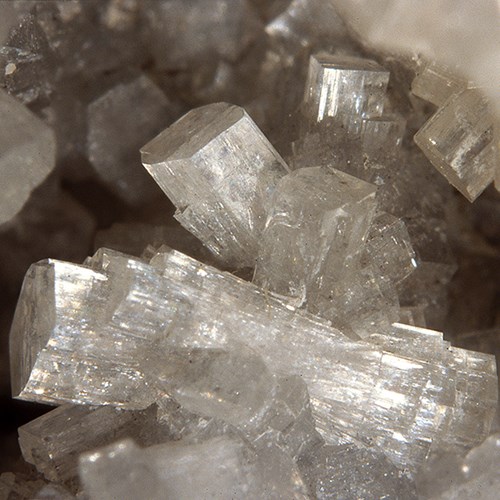 Above: Brewsterite. Mineral of the zeolite group from Strontian, Argyll.

Above: Keith medal awarded to Heddle by the Royal Society of Edinburgh in 1879.