From the early 20th century, the tractor helped to transformed farm life in Scotland. There are several examples on display in the collection at the National Museum of Rural Life, East Kilbride.

There are a variety of tractors inside and out at the National Museum of Rural Life, from most decades of the 20th century. The latest modern addition is the Deutz tractor, which pulls the Farm Explorer, used to take visitors to the farm.

From the early 20th century, the tractor helped to transform farm life in Scotland. Although horses were used to work the fields on farms up to the mid-20th century, mechanised agriculture machinery began to come into use in the 19th century. The first steam powered farm implements in the early 19th century were portable engines, such as the Tuxford portable steam engine at the National Museums Collection Centre. The first half of the 1860s was a period of great experimentation but by the end of the decade, the standard form of traction engine had been established. This would change little over the next sixty years and was widely adopted for agricultural use.

In 1892, John Froelich invented and built the first petrol powered tractor in the US. The first commercially successful lightweight petrol powered tractor built in Britain was made by Dan Albone, in Bedfordshire. However, these didn’t catch on until after the First World War, when there was a higher demand for tractors, probably encouraged by the war. 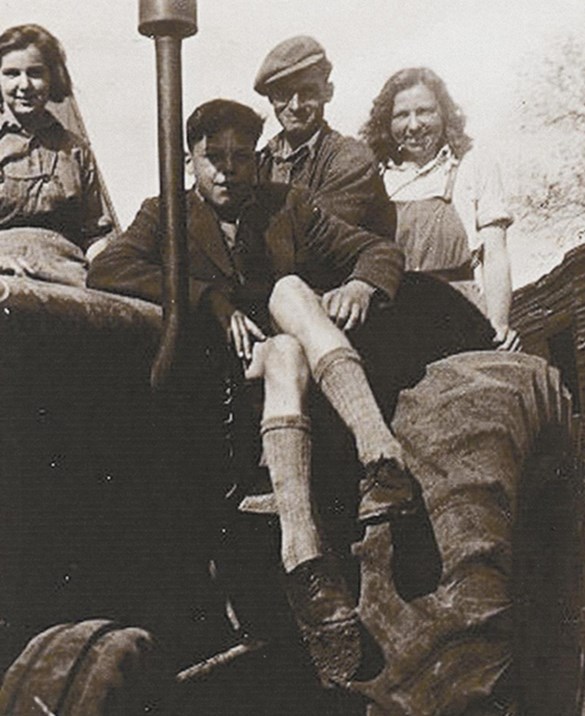 Above: Photo of Jean Forbes Paterson, Women's Land Army member, seated (far left) on a Fordson tractor with another WLA member, a man and a schoolboy, Perthshire, c. 1946.

During the Second World War, the agricultural industry was required to generate produce in ever greater quantities, and this could only be achieved by extensive use of mechanical farm machinery. By the late 1950s the horse became a rarity on farms and the tractor became the 'workhorse'.

The tractors on display inside and out at the National Museum of Rural Life provide examples of the development and changing tractor technology that emerged in the 20th century. Here are just a few examples that you can see. 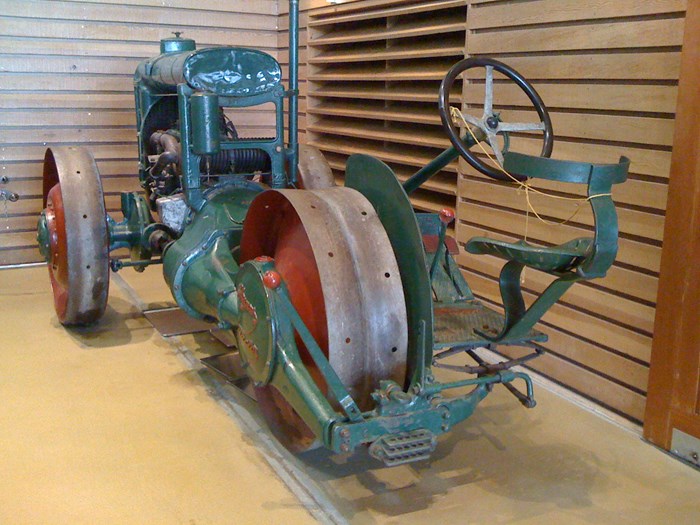 This Glasgow tractor is one of the earliest tractors in the collection. It was produced by John Wallace & Sons, Agricultural Engineers and Implement Makers. The Glasgow tractor was manufactured between 1919 and 1924 and at the time was Scotland’s only indigenous tractor. This Glasgow Tractor advertisement from the 1920s describes its benefits:

"It’s What a Tractor DOES that Counts!

"Performance proves! The most scientifically accurate tractor on earth is a dead loss to the owner if it doesn’t give maximum service all round. To pay its way a tractor must be universal. The standard of work it does in ploughing, harrowing etc, must be paralleled in threshing, plant-operation and so on. For road haulage too, under all conditions, it must meet the big demand. Our claim for the Glasgow Tractor is that “it” fills the bill “by giving service that is not only 100% efficient but consistently so. Consistency is the secret “May we demonstrate?”

Between 1920 and 1925, the US tractor market competed for sales in Britain, as Henry Ford introduced the Fordson tractor. The Glasgow tractor was more expensive to buy and maintain than its competitors and John Wallace & Sons found themselves no match for the might of the US manufacturers. 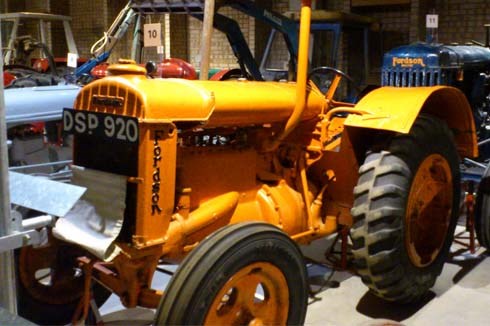 A simple design that proved to be very successful commercially, the Fordson was the first lightweight, mass-produced tractor. This made it possible for the average farmer, with a smaller farm, to own a tractor for the first time.

This was the first production tractor with three-point linkage, to attach implements such as a plough. The Ferguson Brown also came with the hydraulic lift system designed by Harry Ferguson. Approximately 1,350 of these machines were produced between 1936 and 1939. After this, Harry Ferguson joined Henry Ford to produce the Ford Ferguson

This is an example of the first commercially successful tractor, built with Harry Ferguson’s hydraulic system. 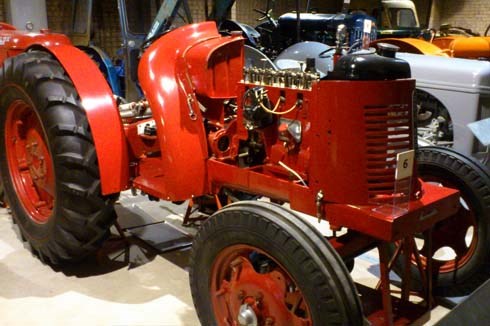 This example was manufactured by David Brown as a promotional tool and restored in 2003 by Rolls Royce apprentices. The tractor proved an extremely popular model which, was widely used on small and medium-sized farms. 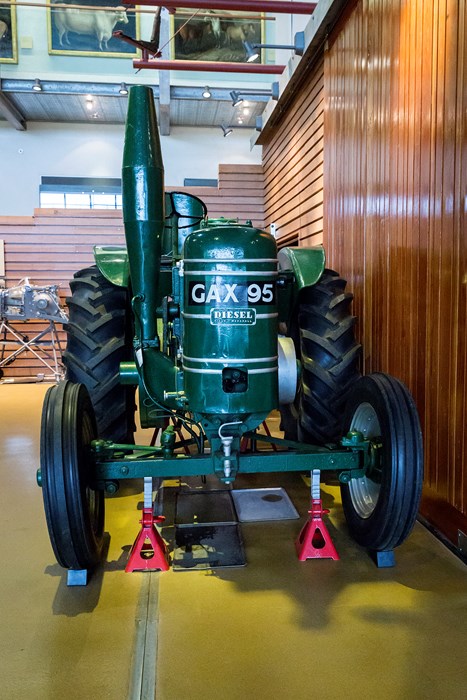 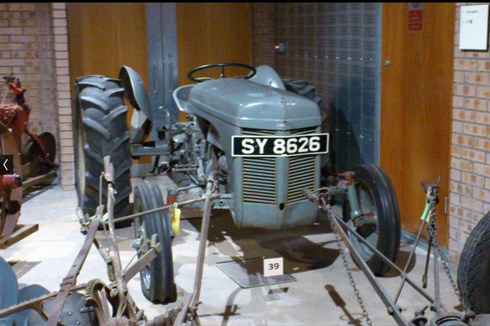 The TE20 Ferguson tractor designed by Harry Ferguson was commonly known as the Little Grey Fergie. It is lightweight but effective, with a petrol/paraffin engine and hydraulic front lift. This tractor is often credited as the machine which replaced the horse on Scottish farms. It was manufactured from 1946 until 1956. You can sit on a TE20 in the Picnic Field opposite the main museum building at National Museum of Rural Life.

TE20 Ferguson in the Picnic Field