Charms were once widely used in Scotland. Often, unusual materials and shapes, or in the case of written charms, quasi-religious wording, gave them their special nature. 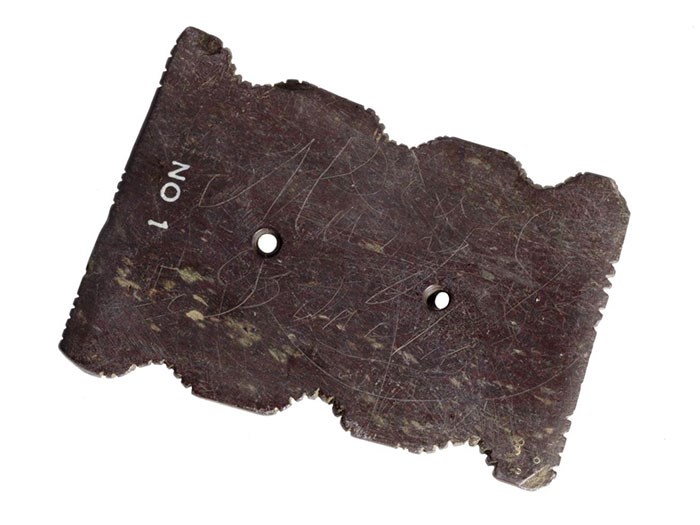 Above: This flat oblong piece of stone comes from Islay in the Inner Hebrides. The naturally occurring piece of slate has been cut, dressed and decorated and credited with curative properties. It may have been the amulet of a folk healer. It was given to the Museum by Robert Graham in 1784.

Charms and amulets were made and kept as a means of protection against illness which could be fatal. Such misfortune was assumed to have supernatural as well as natural causes. Belief in supernatural forces, such as the ‘evil eye’ or witchcraft, was deeply rooted. 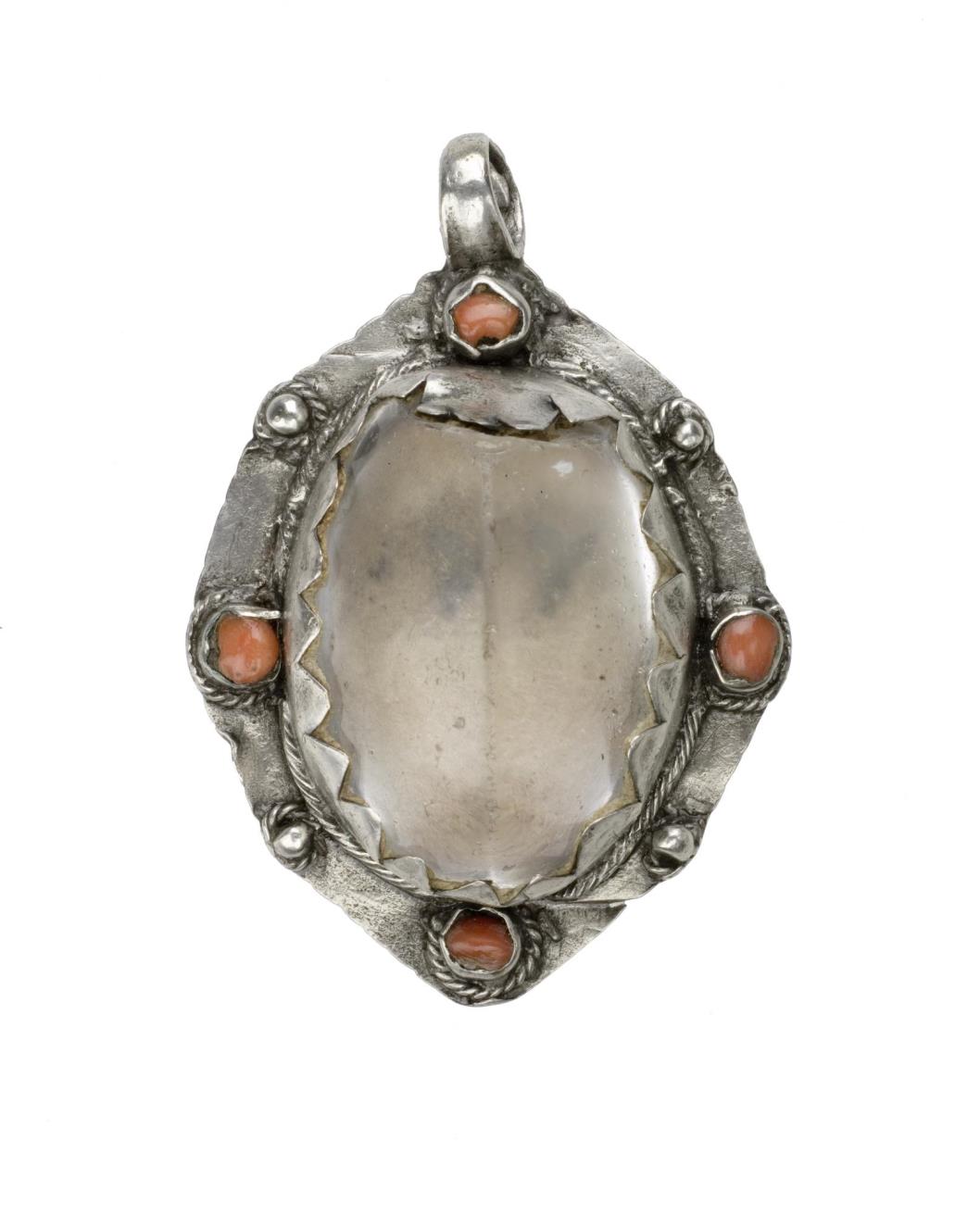 Above: This crystal charmstone - set in a 17th-century silver mount – may originally have decorated a reliquary or other piece of church furnishing. The mount is decorated with red coral and silver balls. It has a suspension loop so that it could be hung on a chain and dipped in water, which was then used for healing purposes.

Certain elements and materials have been considered to possess special powers, either to protect, to heal or bring good luck. These powers might be summoned by reciting a verbal charm, often pagan in origin but given a Christian form.

This charm, given to the museum in 1898, was made from a seed of Ipomoea Tuberosa from the tropical tree Caesalpinia bonduc after it was carried by sea to Colonsay, Argyll. It has been mounted for suspension and engraved with cognisance (heraldry) and the motto of Macneil of Barra: 'VINCERE AUT MORI', which translates as 'To conquer or die'. It was probably a charm for protection in childbirth.

These seed charms have been referred to in Gaelic as 'Airne Moire' or 'Mary's Nut'. 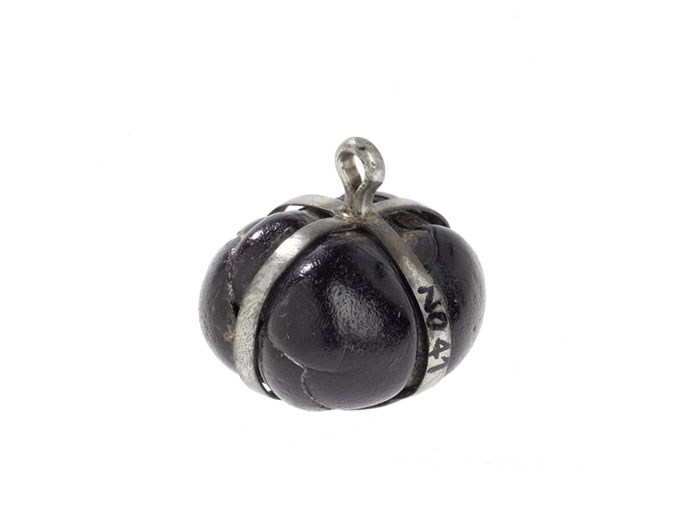 These large amber beads were used as a charm against blindness by the MacDonalds of Glencoe in Inverness-shire. They were probably once part of a necklace. Amber was traditionally valued as amuletic protection against illness and, more specifically, as a cure for disease of the eyes. The beads were given to the Museum by Mrs James Johnstone in 1849. 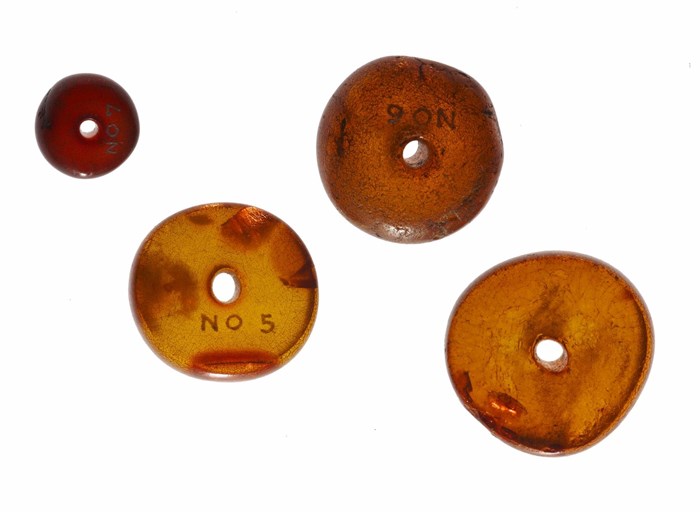 This heart-shaped charm was used in the second half of the 19th century in Forres in Moray for protecting children against heart ailments, and perhaps more general illnesses. The charm is made of cast lead and has been perforated for suspension. It may have been used with an appropriate prayer or 'words of power'. 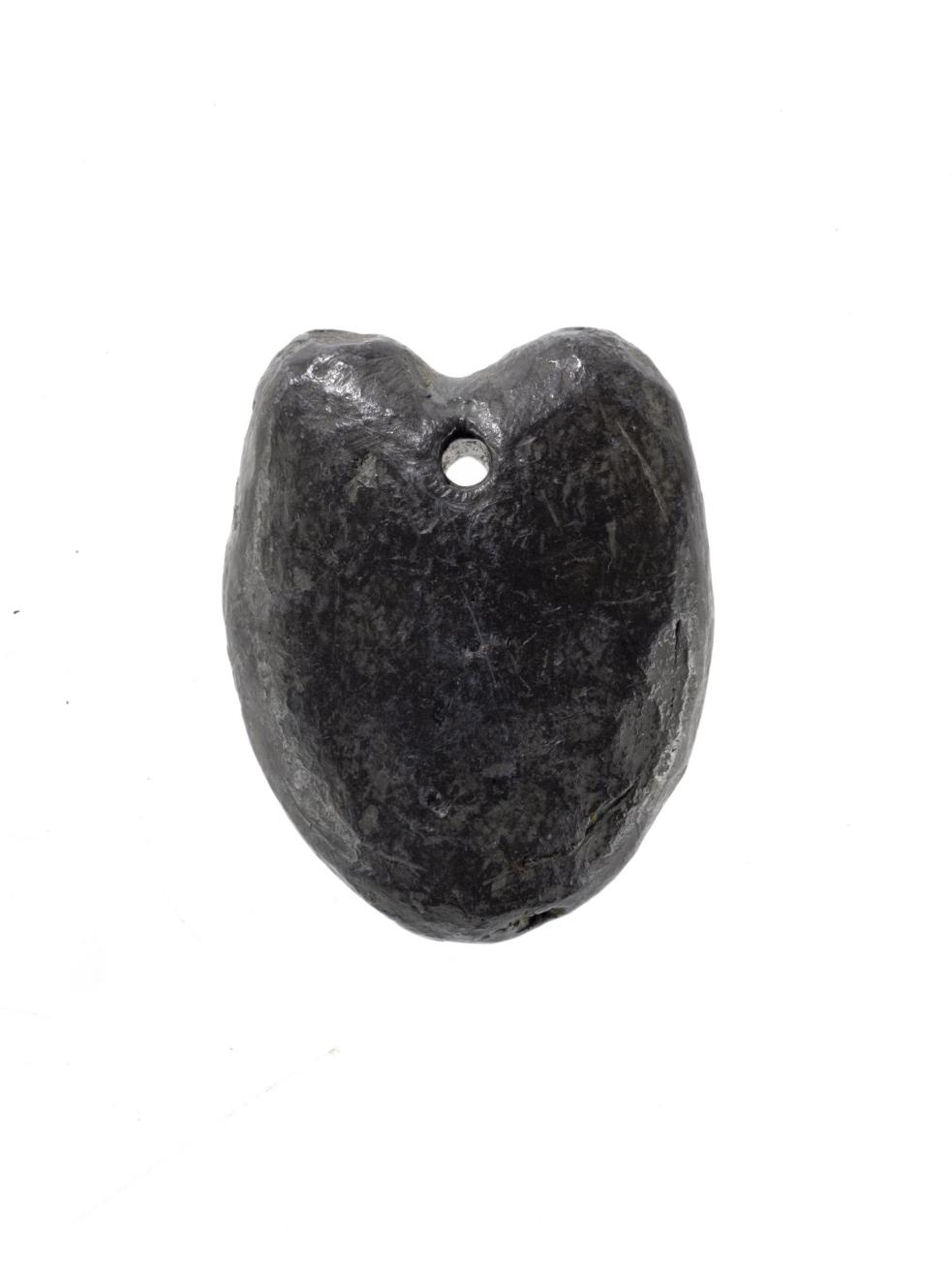 This written charm to cure toothache was purchased from a woman at Kishorn in Lochcarron in the Highlands. It was worn round the neck by a shepherd.

Protection was also sought for animals. Cattle were a fundamental part of the rural economy and people traditionally looked to charms to protect them from disease and supernatural harm.

This stone charm is from Cumbernauld in Dunbartonshire. It was hung in a cow byre to protect the cattle against bewitchment and 'the evil eye'. It was given to the Museum by Daniel Wilson in 1863.

The stone is perforated and a loop of fine leather tie was threaded through it for hanging it up.

It is similar to 'mare-stones' – protective and amuletic stones used to protect animals such as horses being ridden in the night by 'hags' or supernatural beings. 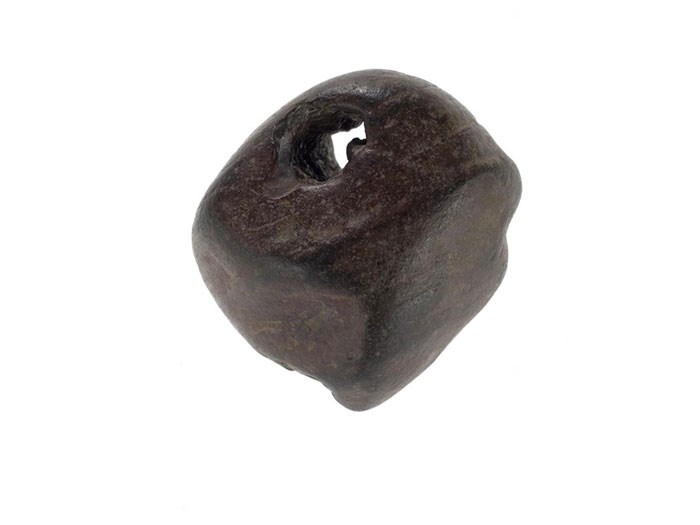 This 19th-century cattle charm of amber features a silver chain and a small silver medallion inscribed "A Gift From Angus Macdonald Bridge of Coe to H McC 1845". 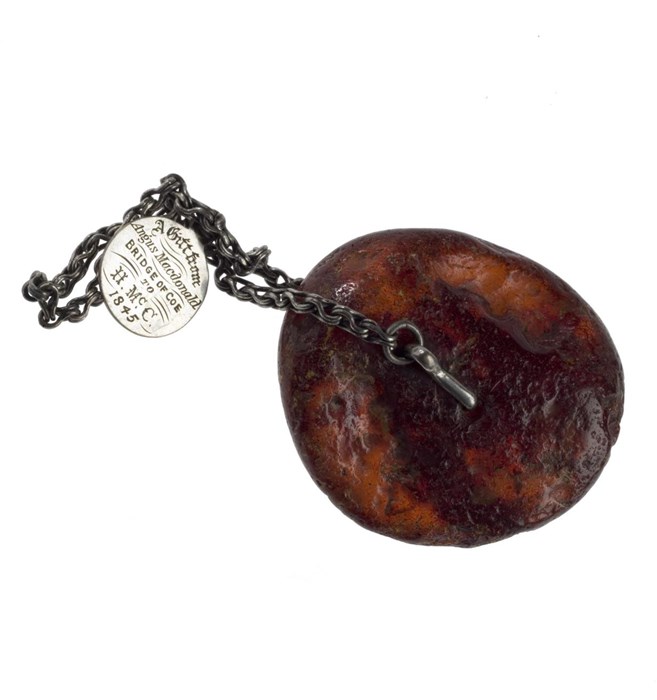 This crystal ball charmstone belonged to the Stewarts of Ardsheal in Argyllshire. The silver mounts enclosing the charmstone date from the 16th or 17th century. The charmstone has a suspension loop, to which a chain is attached.

The chain enabled the charm to be dipped in water which could be given to people or animals as a drink to cure disease or prevent illness. The act of dipping the charm was accompanied by a verbal charm or prayer. 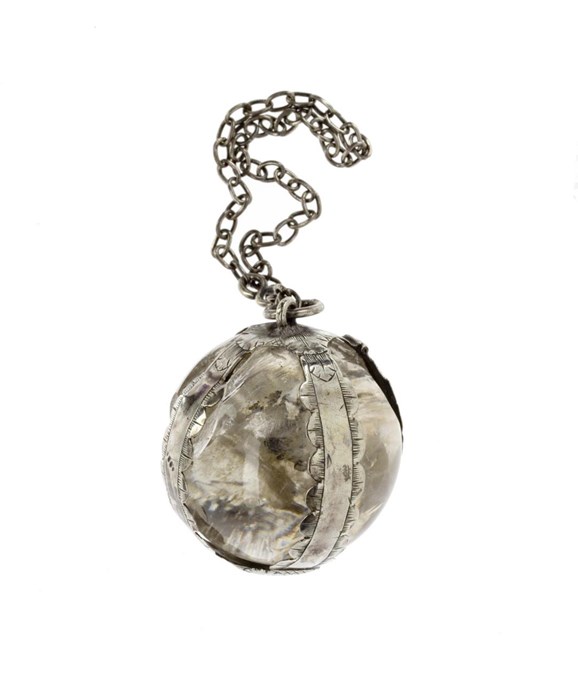 This flint arrowhead is set in an oval crystal container bound with gold which dates from the 18th or early 19th century. 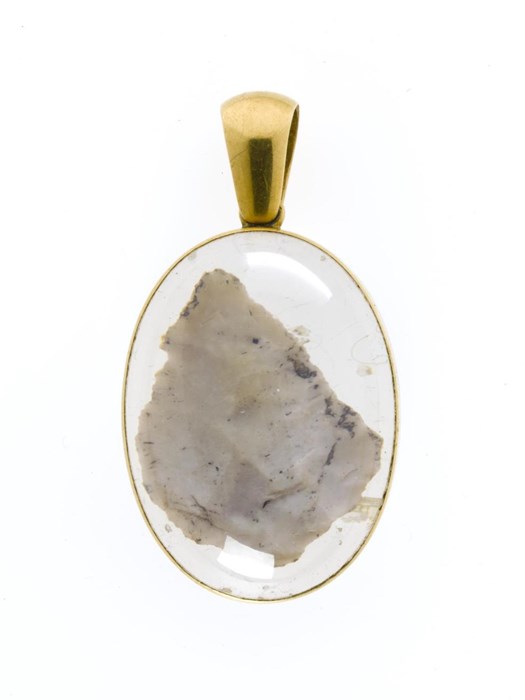 Not surprisingly, infectious diseases were common and the average lifespan was short.

There were a few professional doctors with access to learned texts deriving from classical and Arab sources. Chirurgeons (surgeons) and barbers were to be found in the main towns. The latter not only cut hair and shaved, but also drew teeth and let blood, a practice which was seen as a cure for many ailments.

The use of charms persisted in Scotland well into the 19th century.