This splendid sword was a gift to celebrate a historic military victory over the ‘Tiger of Mysore’.

Gifted by a descendent of Sir David Baird 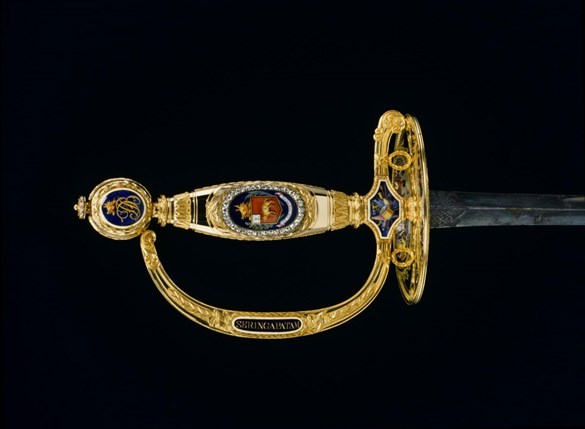 This fine sword is at the centre of the remarkable story of a Scottish soldier and his victory over one of the greatest opponents of the British domination of India, Tipu, Sultan of Mysore. 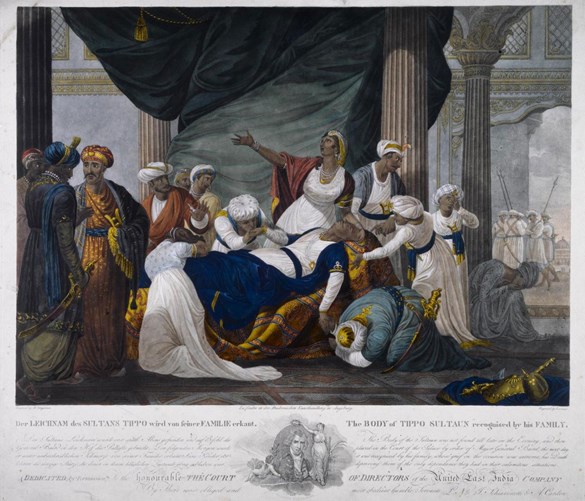 Above: Colour engraving showing the death of Tipu Sultan.

David Baird (1757-1829) was the son of an Edinburgh merchant family. Like many Scots of similar background he followed a military career, much of it in India.

Mysore had long stood in the way of growing British influence in southern India. In May 1799, Baird commanded the force that stormed Tipu’s capital, Seringapatam, resulting in the death of the Sultan and the conquest of Mysore. News of Baird’s victory sparked public celebrations at home, although it is his defeated opponent, Tipu, who is remembered today as a hero in India and Pakistan. 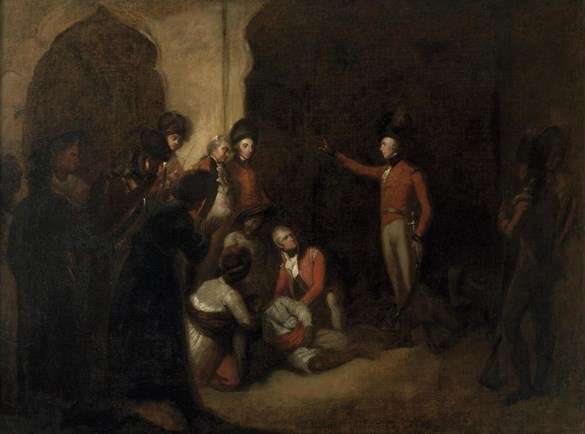 Above: Oil painting of Major General David Baird and Colonel Arthur Wellesley discovering the body of Tipu Saltan at Seringapatam on 4 May 1799, by Arthur William Devis.

As well as its military importance, Seringapatam was a rich prize in terms of loot. A large sum of prize money (over £1 million) was distributed amongst the victorious army. However, Baird was quickly removed from his position as governor of the captured city and replaced by the politically powerful Colonel Arthur Wellesley (who later became the Duke of Wellington). Baird reacted angrily. Baird’s senior officers also believed that he had been denied proper credit for the victory and so they placed an order for this splendid sword to be made for him.

The sword, which cost the officers 200 guineas, has a gold hilt embellished with diamonds and enamel work depicting the storming of Seringapatam. The scabbard is made of gold mounted leather. 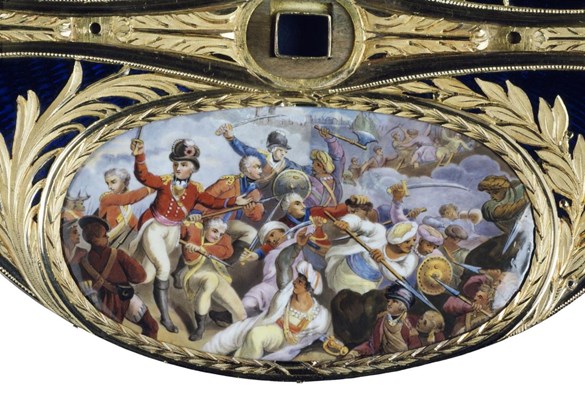 The sword on display

The sword was gifted by a descendant of Sir David Baird and was previously on display at the National War Museum since the 1930s.

The sword now takes pride of place in the Discoveries gallery, Level 1, National Museum of Scotland which explores Scots’ achievements in leadership and inventiveness across the world and throughout the centuries.