One of Frances Farquharson's first acts on marrying the Laird of Invercauld was to paint the larder outside the castle kitchen bright pink!

Who was Frances Farquharson?

Mrs Frances Farquharson (1903-1991) is remembered as 'an intensely dynamic, tiny and compelling lady of great beauty' who left an indelible impression on all she met. She is also fondly remembered for her idiosyncratic style, and was described in the press as 'arguably one of the most stylish and intuitive of her age'.

Born Frances Lovell Oldham in Seattle, Washington in 1903, she left the United States for Europe at the age of just 17 to pursue a career in journalism.

As fashion editor for Vogue, and both fashion editor and subsequently editor of Harper's Bazaar throughout the 1930s, she acquired a wardrobe of such illustrious names as Elsa Schiaparelli, Reville-Terry, Molyneux and Victor Stiebel.

But Frances executed a swift sartorial about-turn on her marriage to Captain Alwyne Compton Farquharson, 16th Laird of Invercauld, when she let geography and her national identity dictate her style choices, dressing top-to-toe in the Farquharson tartan topped with enormous tam-o'-shanters.

Frances Farquharson had personality in abundance. Described fondly as a flamboyant eccentric, she possessed an instinctive dramatic flair and liked to dress up – she had no qualms about throwing together shocking pinks, canary yellows and vivid greens. Throw into that mix her love of Moroccan, Turkish and Spanish styles, and her great love of hats – for her outfits were invariably surmounted with audacious headwear, and her particular favourite, the turban – and she regularly drew the attention of passers-by who encountered her as she emerged from her offices at Vogue and Harpers in her famous outfits – which, legend has it, at one point included a polar bear skin coat.

Farquharson's sartorial leanings also consistently reflected a fascination with the Old World and passion for the East, one which stemmed from childhood. Born in Seattle, Washington, US, her determination to travel and be absorbed into European culture and civilisation was so fierce she set out to earn her own passage by writing a social column for the local paper before she even reached her teens. Still very young, she embarked upon a grand tour that took in Italy, Romania, Hungary, Constantinople and France, where she worked for a short while in a couture house established by exiled Russian aristocrats. But it was the style of the near East that resonated with her most strongly.

Why is the tartan ensemble so special? 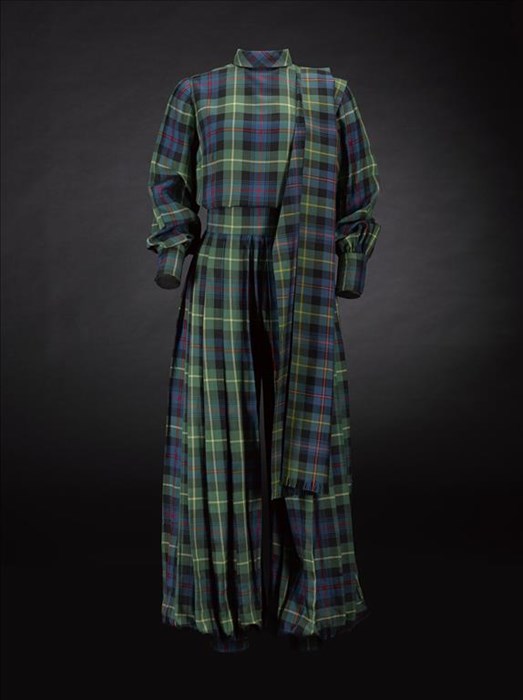 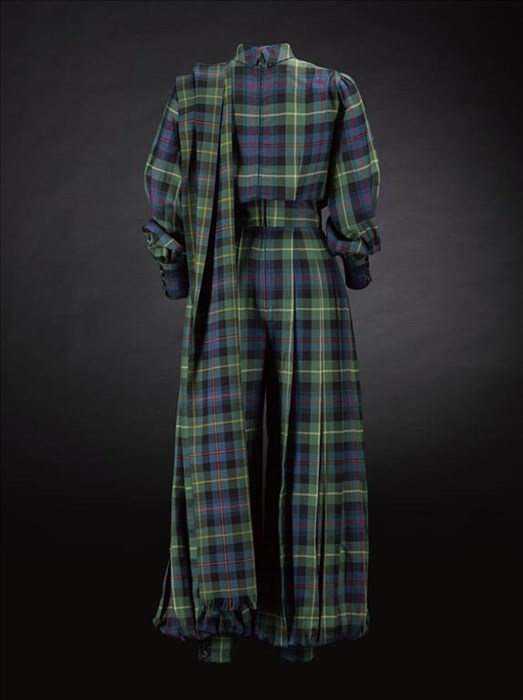 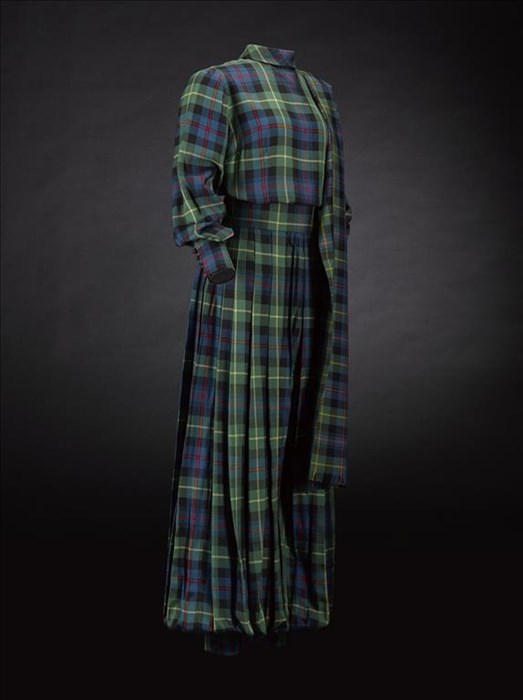 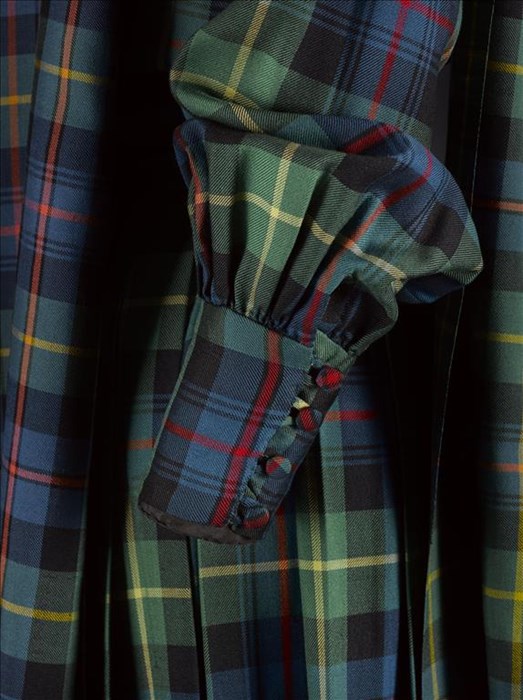 Above: Ensemble made from Farquharson tartan, 1950s. The Turkish-style trousers reflect Farquharson's fascination for the Near East, while the tartan wool is evidence of her passion for supporting local industry.

This is an unusual outfit of tunic top, Turkish hareem trousers and headscarf, not often found rendered in a wool tartan. In the early 1950s Farquharson wore a version of this in shimmering silk tartan to a dinner party at Balmoral castle, where it later emerged that King George VI had at the time apparently assumed it was one of his own officers in drag pulling his leg!

As an outfit it expresses her social ideals and fascination with cultural orientation, but it is also symbolic of her sense of fun, and hints at her bold confidence. It also demonstrated her dogmatic desire to support the local industry, for she had developed a deep affection for Scottish life and worked hard to foster local trade. She opened a women's clothes boutique called the Invercauld Speciality Shop, where Scottish lines of tweed and tartan had pride of place.

Farquharson died in 1991 and is buried in Crathie Old Kirkyard in Aberdeenshire. One of her favourite flamboyant bonnets was placed on her coffin.

When National Museums Scotland invited students from the Fashion BA (Hons) programme at Edinburgh College of Art to create fashion illustrations of garments in our Fashion and Style gallery, Farquharson's ensemble provided rich inspiration. This illustration by Skye Bending was one of three winning images from the project. 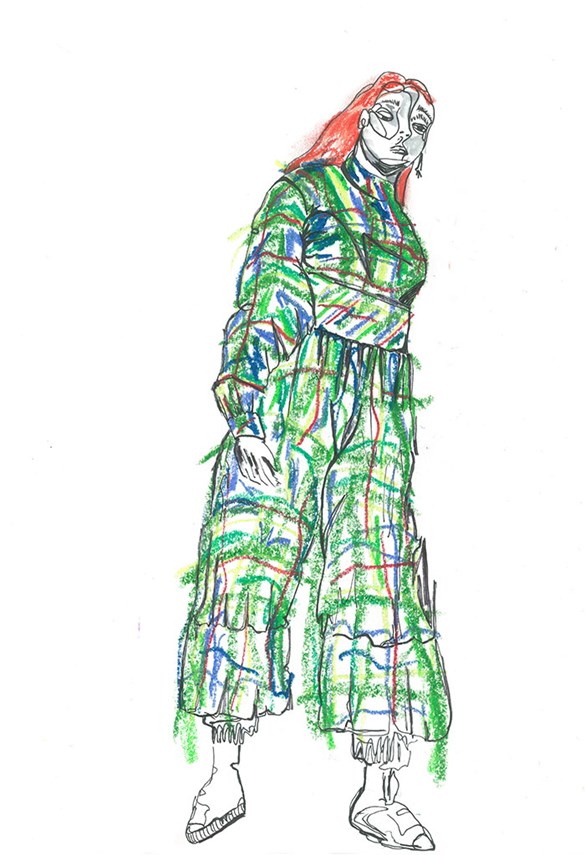 Above: Skye Bending, response to an ensemble made from the Farquharson tartan which was worn by Frances Farquharson of Invercauld.