This sofa once graced one of London’s most splendid mansions, part of an opulent 18th-century interior scheme which was the height of Georgian fashion.

In the 18th century, a ‘settee’ usually had exposed wooden arms whereas a ‘sofa’ was entirely upholstered.

Where was Spencer House?

Overlooking Green Park, Spencer House was one of the grandest London mansions of the 18th century, built for the 1st Earl Spencer between 1756 and 1759. At the heart of this lavish property was the Palm Room, a sumptuously decorated reception room on the ground floor. It is from here that this sofa comes.

The furniture in the Palm Room was made by John Gordon, a Scot who had settled in London, to designs by the architect of the house, John Vardy. The entire commission was an early example of the emerging neo-classical style. The sofa is decorated with motifs taken from ancient Roman sources, although the overall shape is still in an earlier rococo style. 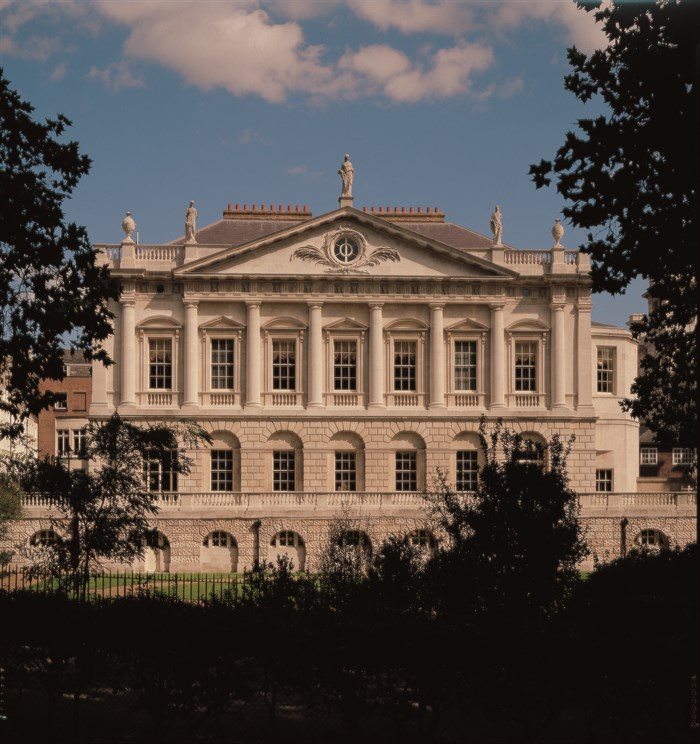 How did the sofa end up in the Museum?

The Palm Room suite originally included the sofa, eight armchairs and four stools, all of which left Spencer House in the 1790s. Our sofa is the only piece in a British museum. It was allocated to National Museums Scotland under the Acceptance in Lieu scheme, which allows donors to leave major works of art to the nation in lieu of inheritance tax. 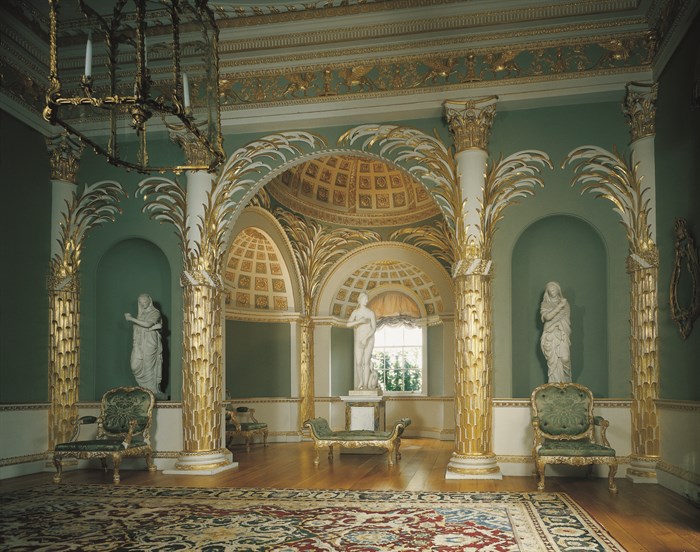 How was the sofa prepared for display?

To prepare the sofa to take pride of place in the new Art of Living gallery, it underwent a thorough conservation process.

Inappropriate 20th-century upholstery was removed and the internal structure returned to the correct shape for the 18th century. Modern pest-resistant materials were used in place of traditional horsehair, with a layer of unbleached linen between these and the outer covering of silk damask, woven in an authentic 18th-century pattern and width.

The carved timber is largely lime wood, mounted on a beech wood frame, with a thick layer of carved gesso. Originally the frame may have been white or green with gold detailing but we have retained and conserved the later all-over gilded finish.

This film explains more about the conservation process.