The Ann Paludan Photographic Archive consists of more than 10,000 photographs (both slides and prints) on the subject of historical Chinese sculptures. It represents over thirty years of site visits and research by Ann Paludan (1928–2014), a writer and art historian, who pioneered and advocated the study of sculptures in China, a subject area largely unrecognised both in and outside China at the time.

The Ann Paludan Image Library is the online database of digitised images of the Ann Paludan Photographic Archive, accompanied by contextual descriptions. Through digital access, the Library promotes the use, study and research of photographic archive compiled by Ann Paludan on the subject of sculptures in China.

Over 10,000 photographic slides and prints of historical sculptures from over 200 sites and museums in China

Historically sculptures in China were not considered as a form of art, but a craft practice.

An encounter in Beijing

Ann Paludan moved to Beijing in 1972, as the wife of the Danish ambassador. Sunday visits to imperial tombs of the Ming dynasty (1368–1644) sparked a fascination for monumental stone statues as part of mausoleum complexes, which then became a life passion of hers for the study and research of sculptures in China, a subject she initiated and published substantially. 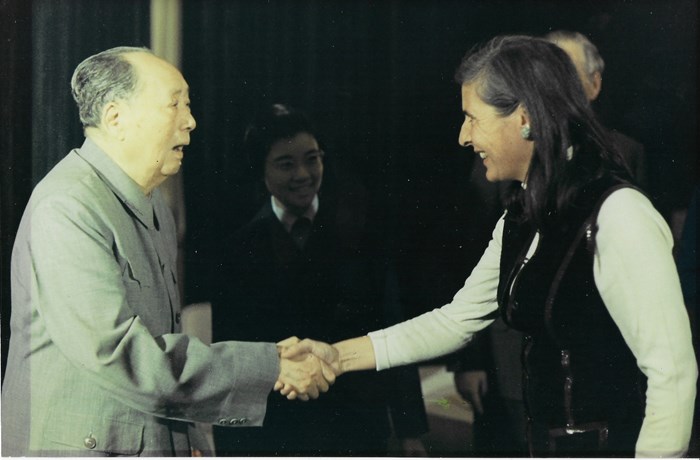 An archive of historical significance

For the next thirty years, Ann returned to China frequently and visited archaeological sites, museums, mausoleums, temples, and monuments across the country, often in remote places. Using self-taught photography techniques and taking detailed notes, she created a photographic archive on the subject of Chinese sculptures. They are in various forms, from Buddhist and Daoist deity statues in temples, cliff carvings, tomb statuary, to architectural features, and in diverse materials, such as stone, wood, metal, and ceramic.

The time frame of these sculptures spans a vast range of China’s history from the Neolithic to the 20th century. They include some very known pieces, such as the terracotta soldiers of China’s First Emperor of the 3rd century BC, less known but charming clay animals from the Shijiahe culture (c. 2400–2000 BC), and evolutionary themed cast concrete sculptures from 1978 in Tiananmen Square, Beijing. Studying these sculptures within their contexts and a historical framework, Ann Paludan identified a distinctive Chinese sculptural tradition.

The time setting of the archive creation is also unique, a period of significant change in China, namely the Cultural Revolution (1966–1976) and Reform and Opening (post-1978). Ann Paludan’s repeated visits to many sites constitute a first-hand documentation of the chronological changes that cultural heritage sites have endured. These include natural degradation, and the impact of human activities, such as excessive renovation, theft, pollution, and economic redevelopment. Some sculptures no longer survive. 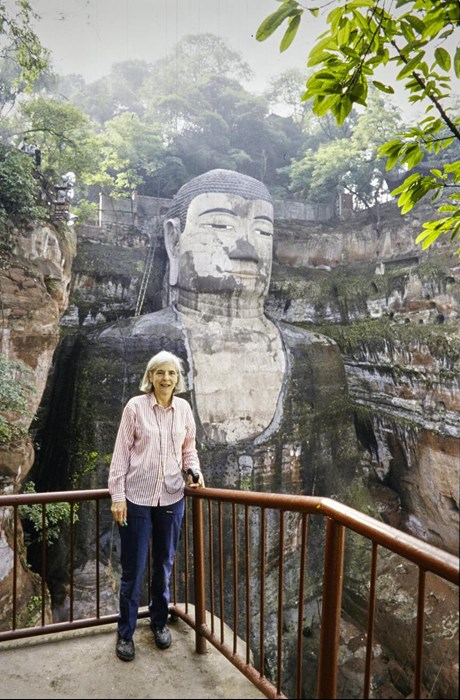 The photographic archive has provided us with visual and textual information of sculptures in China. In addition, the family of Ann Paludan has generously shared an audio recording of Ann talking about her interests and life experiences. Ann was interviewed by her friend and neighbour Eric Griffiths for nearly 15 hours about her life and work between October 2012 to January 2013. This podcast has distilled these recordings into 45 minutes of linked segments which showcase key moments in her life that inspired and drove her in the field of historical sculptures in China.

Ann had an international outlook from an early age and a proficiency in languages. While living in Beijing in the 1970s she was determined to learn Chinese and studied at the Beijing Languages Institute, which had just reopened after the Cultural Revolution. She was part of a small group of foreigners admitted to the Institute for the first time. 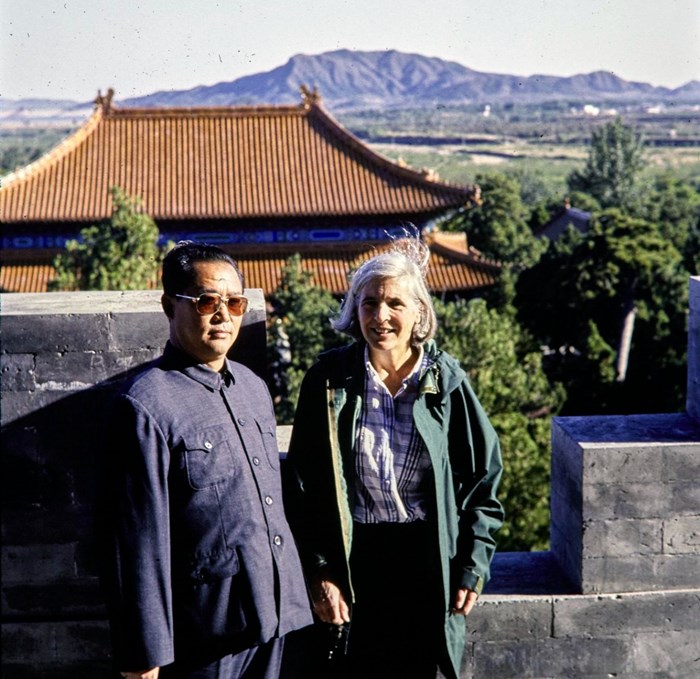 Ann and her husband Janus had a unique opportunity to travel throughout China. They spent many happy times at the Ming Tombs just outside Beijing, picnicking and birdwatching, and these trips awakened Ann’s interest in researching the statuary there. This interest was further stimulated by frequent trips back to China after she left the country. In these recordings, Ann describes the Han and Tang tombs around Xi’an and she talks about the extraordinary experience of encountering tomb statuary standing silently in fields, unheeded for decades.

When stationed at their next diplomatic post in Cairo, Ann started to write her first book, The Imperial Ming Tombs. She had difficulty living in Cairo due to the dust and the Danish Foreign Office suggested she lived apart from Janus. Ann quotes Janus’ loving words “Ann is like a bird with a broken wing, where she cannot fly I cannot live”. At their final diplomatic posting in Reykjavik Ann proofread The Imperial Ming Tombs (1981).

On Janus’ retirement, Ann and Janus settled in Cumbria, northwest England and Ann continued to write; The Chinese Spirit Road was published in 1991. Ann’s final book, Chinese Sculpture (2006) encompassed “everything she knew” about Chinese statuary and sculpture. This keynote book presented a different perspective on Chinese sculpture from previous accounts in that it went beyond sculpture’s associations with Buddhism. Finally, Ann talks about the daunting adventures of lecturing at SOAS and in the United States.

Please note that if you ever come across a record without an image, the item is an identical duplicate of another slide or print, or the image is under review due to copyright restrictions. Please use the search by descriptions to find the duplicate images