Within the new Making and Creating gallery sits a remarkable artwork acquired at the beginning of 2016. Cloud Glass 1, created by the artist Bouke de Vries, is constructed from fragments of archaeological glass found in the Netherlands and fragments of porcelain dolls from an abandoned German kiln site. 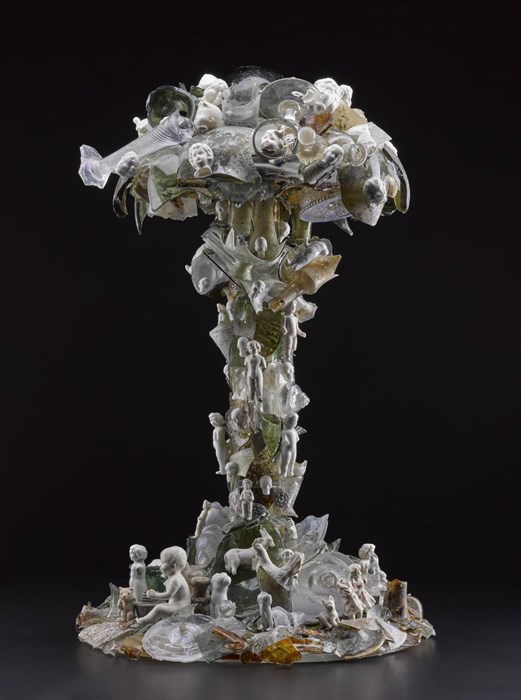 Above: Cloud Glass 1, on display in the Making and Creating gallery at the National Museum of Scotland. © Bouke de Vries.

You may be wondering why a piece that is created from archaeological fragments sits here at all. The story behind its creation is linked to the artist's other occupation as a conservator.

Born in Utrecht, The Netherlands, Bouke de Vries studied 3D Design at the Design Academy Eindhoven, and then Textiles at Central St Martin’s, London. This lead to a career as a milliner, working with John Galliano, Stephen Jones and Zandra Rhodes.

In the early 1990s he decided to move away from the fashion world and retrain, studying ceramics conservation and restoration at West Dean College. It was whilst collaborating with artists like Grayson Perry and Gavin Turk that de Vries chose not only to preserve and protect, but to create opportunities to expand the view we have on objects. 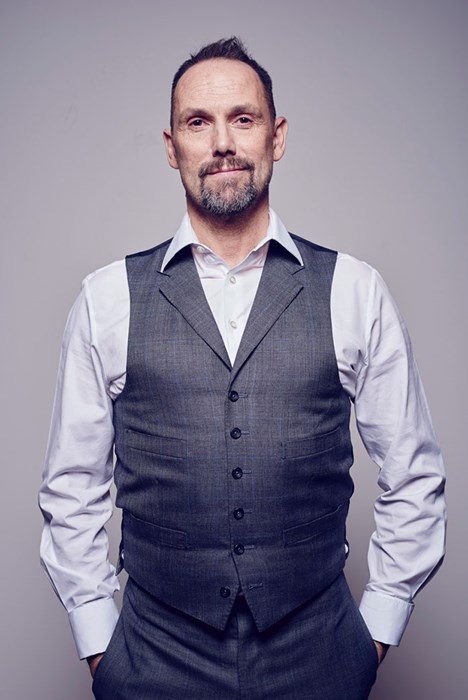 Above: Bouke de Vries ©The artist.

Every day in his practice as a private conservator, de Vries is faced with issues and contradictions around perfection and worth. Western society values the perfection of objects of decorative art, discarding those pieces that are beyond repair or seeking individuals like de Vries who can repair and hide the evidence of time and use.

Eastern cultures, on the other hand, and specifically the Japanese tradition of kintsugi celebrate the history of an object, highlighting the repairs with the use of lustre and gold, so acknowledging the beauty of the restoration. 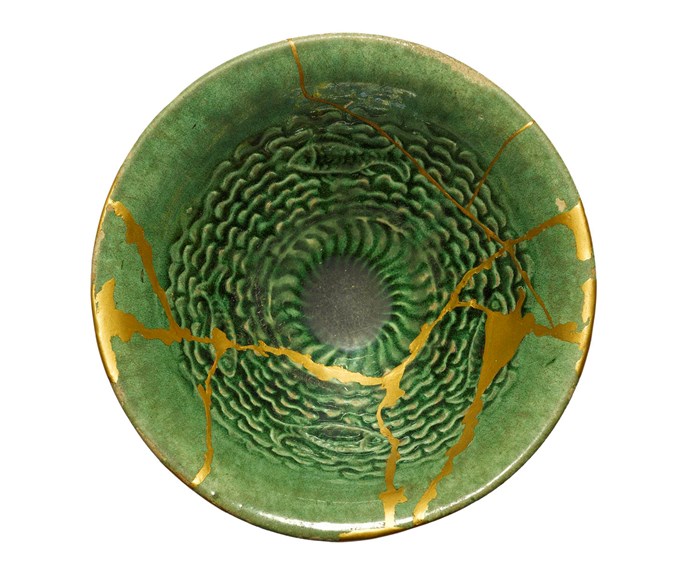 It is in the latter that De Vries aligns himself as an artist. Inspired by the fragments of discarded ceramics and glass within his studio, he became fascinated by the idea of using these mementoes to give them a new life and narrative.

De Vries' work is particularly unique as it blurs the usual boundaries between archaeology, conservation and making. His artworks are imaginative re-imaginings of beauty, the artist using his skills as a conservator to create artworks, emphasising their past trauma and instilling new virtues and values.

He calls this 'the beauty of destruction', where instead of hiding the evidence of the trauma of breakage, he highlights it and 'moves their stories forward', creating works from evocative still lives, through to comments on society and also whimsical characters. 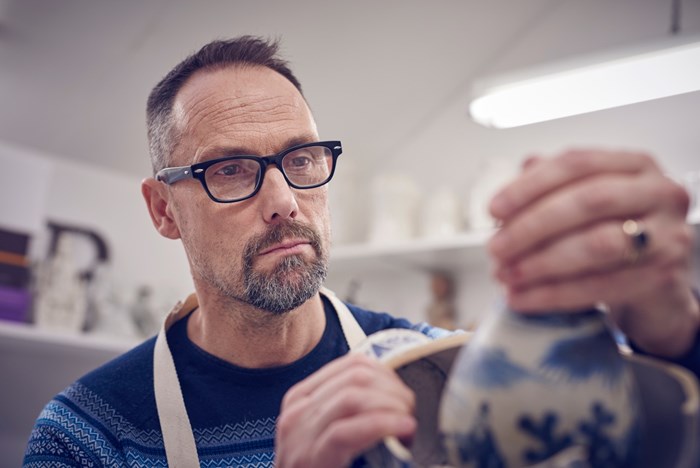 Above: Bouke de Vries at work in his studio ©The artist.

The work Cloud Glass 1 was created as one of a series of accompanying smaller versions of the centre piece of de Vries' installation War and Pieces.

War and Pieces is a 8 meter long re-imagined banqueting scene that was created in 2014 for his first major solo show at the Holborn Museum, it toured to Chateau de Nyon in Switzerland where the additional smaller versions were created for the display.

Taking inspiration from the tradition of grand banquets and balls held on the eve of battle, and also the 17th century custom of decorating banqueting tables with extravagant sugar sculptures. The installation is created from thousands of fragments of white porcelain in the form of an epic battle, culminating in a striking mushroom cloud.

“
[The mushroom cloud is] the ultimate symbol of destruction and in my interpretation, everything that is broken gets sucked in to it; in doing so it creates something beautiful. I have always been fascinated by how something that is so destructive can look so strangely beautiful.
- Bouke de Vries

Cloud Glass 1 is built around a perspex core, with the fragments stuck together with a very high quality silicone adhesive, a material he has used for years both in his work as a conservator and as an artist. This piece, like all of de Vries' work, pushes the boundaries of how we view Decorative Art objects and their role in our lives once they become damaged, or in western ideals, less than perfect.