This massive feast bowl, known as an umete, comes from Atiu, one of the Cook Islands in the South Pacific.

In 1892 Titaua and George retired to Anstruther where they hosted British and Pacific dignitaries including members of the Hawaiian royal family. Princess Titaua is buried in Anstruther Easter churchyard.

This boat-shaped bowl is carved from a single piece of tamanu wood, also known as island mahogany. Tamanu trees have special significance and people are often buried in places where they grow.

Holding up to 300 gallons, it would have been used to serve food at communal feasts. These are an important part of Cook Islands culture, with food being a measure of prosperity. Although functional objects like this feast bowl are often undecorated, its immense scale would have emphasised the high status of its owner.

The feast bowl’s journey to Scotland

In 1871, Parua, the high chief of Atiu, gifted this bowl to a chieftainess of the neighbouring Society Islands and it was transported there by canoe across a distance of over 500 miles.

The bowl was inherited by the Tahitian princess, Titaua. Titaua was married twice, first in 1856 to Scottish trader John Brander, and after his death in 1877, to George Darsie from Anstruther, Fife. In 1892, they retired to Anstruther, taking the feast bowl with them.

In 1895 Darsie sold a number of objects to the Museum, including the bowl, as well as jewellery, tools and a chief’s headdress made by Pacific Peoples. 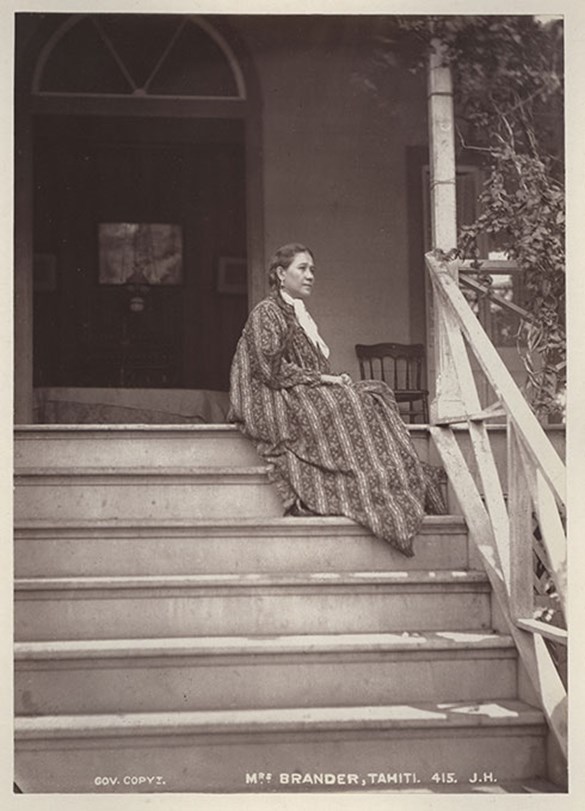 Above: Princess Titaua, photographed in Tahiti in 1883. Before her marriage to George Darsie, Titaua was married to John Brander, a Scottish merchant who died leaving her a young widow.

Where is the feast bowl displayed?

The feast bowl stands in the Grand Gallery at National Museum of Scotland, along with other key objects held in the collection, as a reminder of the links Scotland shares with the rest of the world. 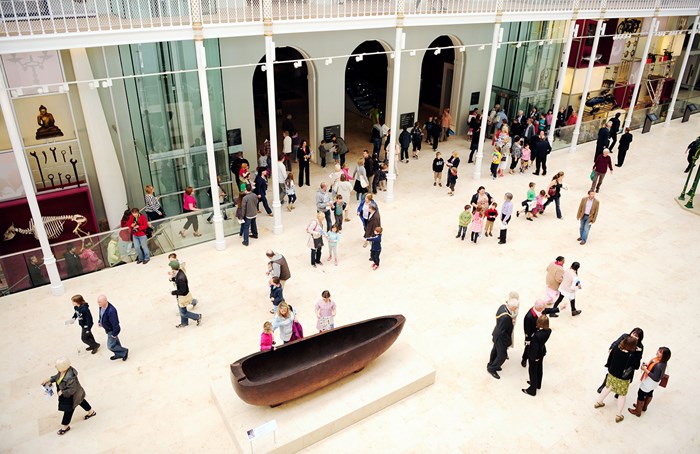 Above: The feast bowl in the Grand Gallery.