This unique water basin, shaped like a citadel, was made by Moroccan potters, probably as a diplomatic gift, in the 19th century.

The basin was brought to Scotland by Sir John when he retired to Wedderburn Castle in Duns, in the Scottish Borders. 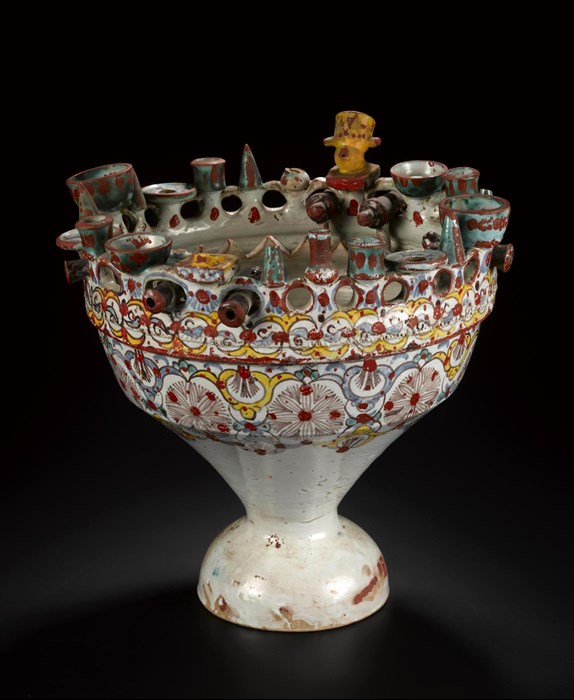 This large-footed basin is truly a unique piece. Made as a single unit by potters from Fes, in north-eastern Morocco, on the outside it is lavishly painted with carnations and leafy scroll motifs in the rich red and blue colours for which pottery from Fes is well-known. But it's the unusual decoration on the rim that really catches the eye. 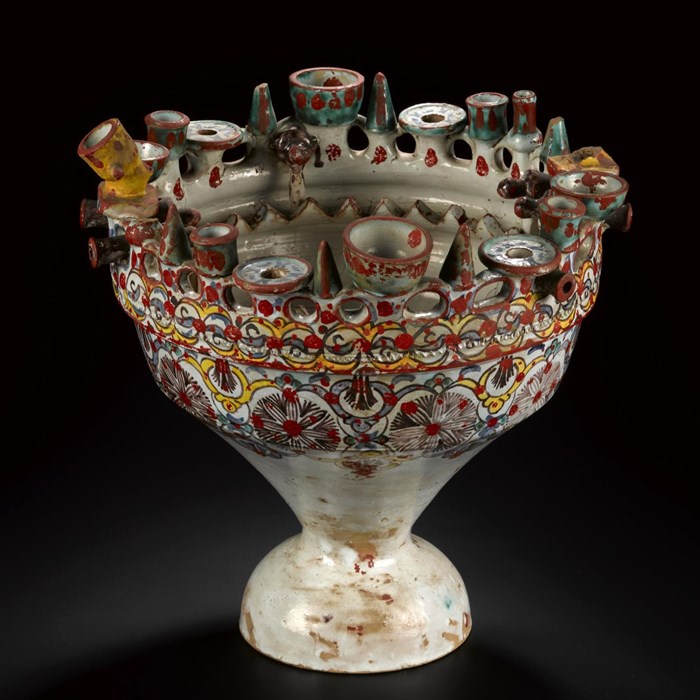 Representing a battlement with a protective walkway behind, the crenel-like edge features modelled cannons and mortars amongst cones, cups and plate-like ornaments. A pipe projects from one of the cups into the basin.

Who was the basin made for?

This elaborate piece was probably commissioned for Sir John Hay Drummond Hay (1816-1893), who was British Minister Plenipotentiary (the UK Government's foremost representative) in Morocco from 1845 to1886.

Drummond Hay was an avid collector of Moroccan pottery and this basin would have been a gift befitting his status and interest.

When visiting the old British Legation in Tangier in 1862, the Danish poet, Hans Christian Anderson, noted: 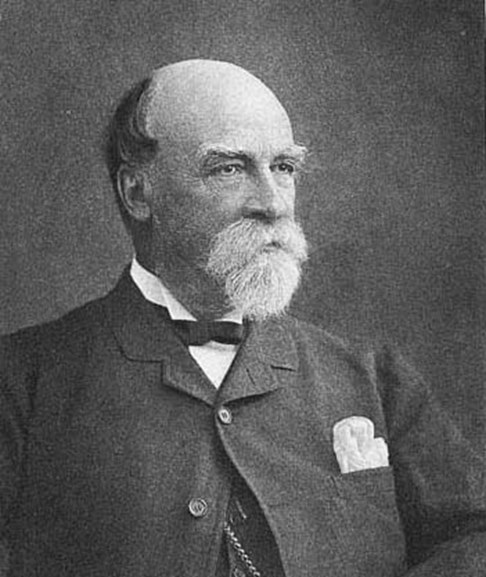 “
The stairs and corridors were adorned with skins of wild animals, collections of Moorish pottery, spears, sabres, and other weapons… presents which Sir John had received on his visits to the Emperor of Morocco.
- Hans Christian Anderson

How did the basin come into the museum collection?

When Drummond Hay retired to Scotland, he brought the pottery home with him. The basin was bequeathed to the National Collection by his son, Sir Robert Hay Drummond Hay, together with more than 90 pieces of Moroccan pottery, including those pictured below.