This vintage Avro Anson first flew in 1935, when it represented leading edge technology.

Our Anson was built at the Avro Shadow Factory at Yeadon Aerodrome, now better known as Leeds Bradford International Airport.

In its day, the Avro Anson represented leading edge technology, and was the first RAF twin-engine aircraft to boast a retractable undercarriage. To operate its landing gear, early Ansons required a hand crank to be manually turned no less than 140 times by the pilot prior to landing. 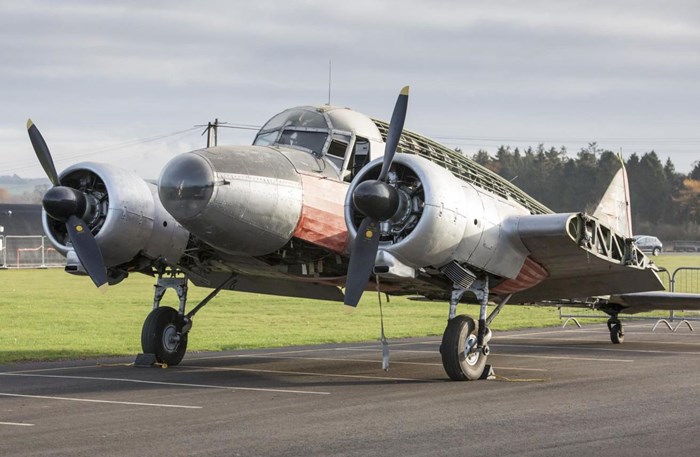 Above: The Avro Anson at East Fortune.

Nicknamed 'Faithful Annie' by her crews, the Anson was utilised in many roles by the armed forces, although it was originally designed as a passenger aircraft for Imperial Airways. Production and service began in 1936, with the last military example retired in 1968.

The Anson served with Coastal Command with great distinction as a capable search and rescue machine, but found a niche as a multiple engine trainer for bombers during the Second World War. More than 11,000 Avro Ansons were built for the British military and other forces around the world.

Above: Illustration of the Avro Anson. 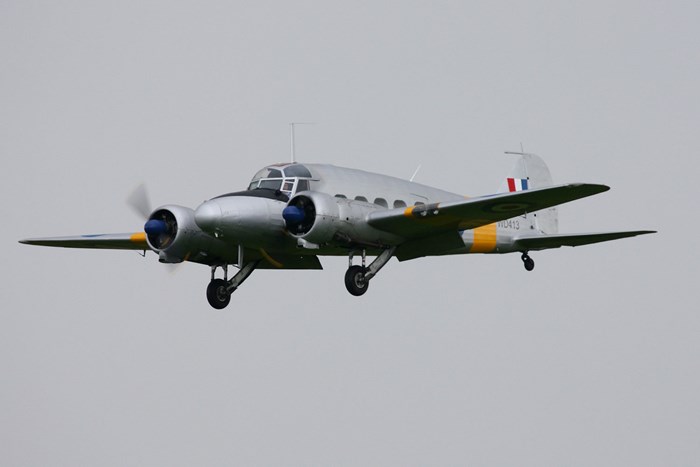 After being used for charter and executive purposes after the war, the last Avro Ansons were withdrawn from service in 1968. Today only one military Anson still survives in airworthy condition and is operated by Air Atlantique. This aircraft was part of the air display at the Airshow at National Museum of Flight on Saturday 28 July 2012. You can read more about its flight in this Airshow blog post.

The Avro Anson at East Fortune is a C.19, very different in appearance from the original military Mk. I aircraft used by the RAF during the Second Word War. Just over 250 C.19 Ansons were built. Our aircraft was given the civil aircraft registration G-APHV, but originally had the military serial VM360.