The island-hopping Britten-Norman Islander is one of the most versatile aircraft ever built.

The Islander operates on the shortest commercial flight in the world, between Westray and Papa Westray in Orkney. 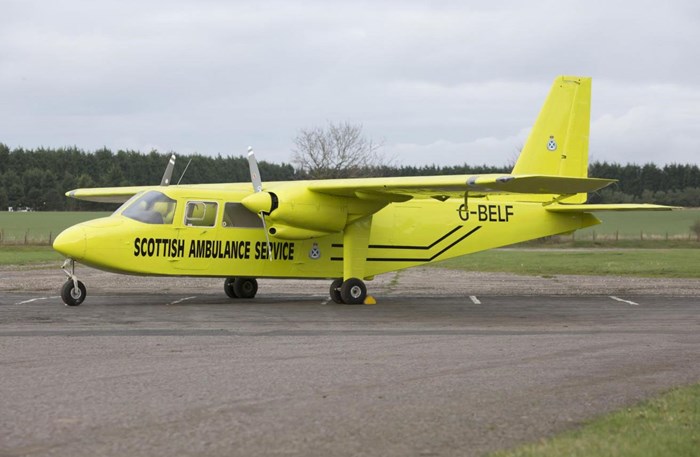 The firm of Britten-Norman was established on the Isle of Wight in 1953 to convert aircraft for agricultural use. Their first aircraft design, the BN-1F, failed to attract interest and only the prototype was built. The second aircraft, the BN-2 Islander, has become the best-selling commercial aircraft produced in Western Europe, a real success story for the company with over 1,200 built.

Above: Illustration of the Britten-Norman Islander.

One of the most versatile aircraft ever built, the Islander has been used in a multitude of different roles, including commercial passenger transport, air ambulance, fisheries protection, policing and counter-terrorist operations, to name but a few. The prototype first flew on 13 June 1965 and the first production aircraft on 24 April 1967, the launch customer being Loganair. 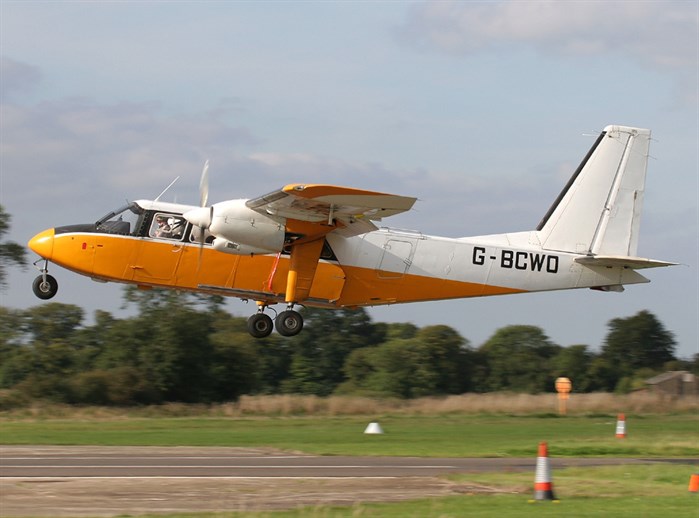 In 1966 Loganair began in inter-island air service in Orkney, using Piper Aztecs until the Islander came into service on 27 September 1967. Flights operated from Kirkwall to Stronsay, Sanday and North Ronaldsay, with Westray and Papa Westray added a month later. The flight between Westray and Papa Westray is officially recognised as the shortest scheduled service in the world and is timetabled for two minutes, although the record for the flight is 58 seconds. 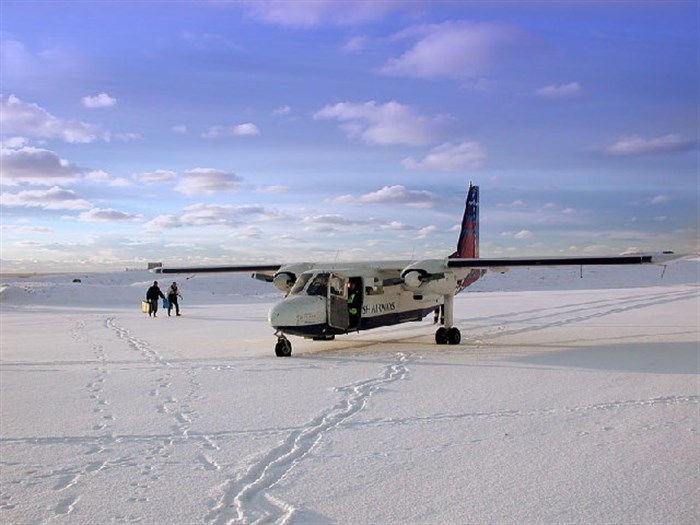 Above: Britten-Norman Islander on a snowy runway on Fair Isle. Image courtesy of Dave Wheeler under Creative Commons licence.

Our Islander, G-BELF, was first registered on 13 January 1977 and started its flying career with an air taxi firm in Germany. It was later sold to Atlantic Air Transport before being operated by parachute clubs in England and Scotland. It was donated to the Museum by George Cormack of Cormack Aircraft Services Ltd and has been painted in the colours of an aircraft operated by the Scottish Air Ambulance Service in recognition of the contribution of this service to life in Scotland.