This copper radio frequency accelerating cavity played a part in scientific history when it was used in the Large Electron Positron (LEP) collider at CERN from 1989 to 1995.

The copper cavity was used in the Large Electron Positron collider at CERN from 1989 to 1995, when it was replaced.

Sir Tim Berners-Lee invented the World Wide Web at CERN in 1989, the same year the LEP was built, as a way to share information between scientists and researchers around the world. 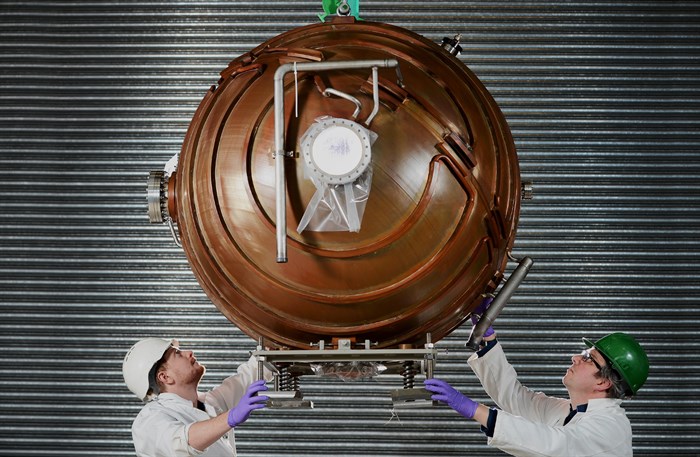 At CERN, the European Organization for Nuclear Research, physicists and engineers use the world's largest and most complex scientific instruments to study the basic constituents of matter – the fundamental particles that make up everything. In vast, underground accelerating chambers, the particles are made to collide together at close to the speed of light. The process gives the physicists clues about how the particles interact, and provides insights into the fundamental laws of nature.

What was the Large Electron Positron collider?

The LEP, the largest and most powerful electron-positron accelerator ever built, was constructed in 1989, in a 27km-long circular tunnel 100m underground at CERN’s research centre in Geneva, Switzerland.

128 radio frequency cavities like this one were positioned around the LEP to form a ring where physicists could accelerate electrons and positrons (anti-matter electrons) in opposite directions around the same tube. Many particle accelerators use this shape as it allows the same particles to circle millions of times, being given a boost each time to maintain or increase their speed. At four points around the ring, travelling electron and positron beams were directed at each other to cause collisions and annihilations. Giant detectors captured the results, allowing physicists to see what happens when matter meets antimatter at high speed. The acceleration was produced by radiowaves resonating at 352 MHz in these cavities, which were tuned to oscillate at this frequency with little loss of energy. 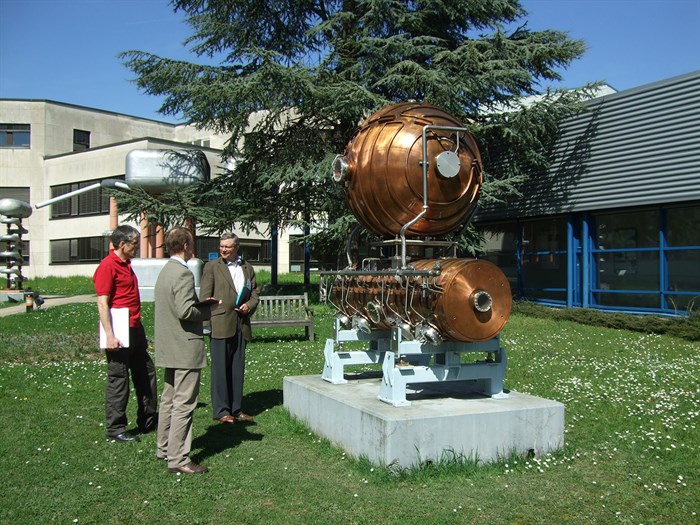 Above: Accelerating cavity on display in the gardens at CERN.

This cavity was used between 1989 and 1995, when it was replaced. The research conducted using LEP advanced our understanding of the fundamental building blocks of matter and provided strong support for the Standard Model of particle physics.

During 11 years of research, experiments conducted using LEP proved that there are three – and only three – types of light neutrinos, and therefore probably only three generations in the two families of particles of matter. LEP also provided the first hints of the existence of the elusive Higgs boson, although it never definitively proved the particle existed. This was eventually proved by experiments using CERN’s Large Hadron Collider during 2011 to 2013, but at a higher energy than readings from the LEP. 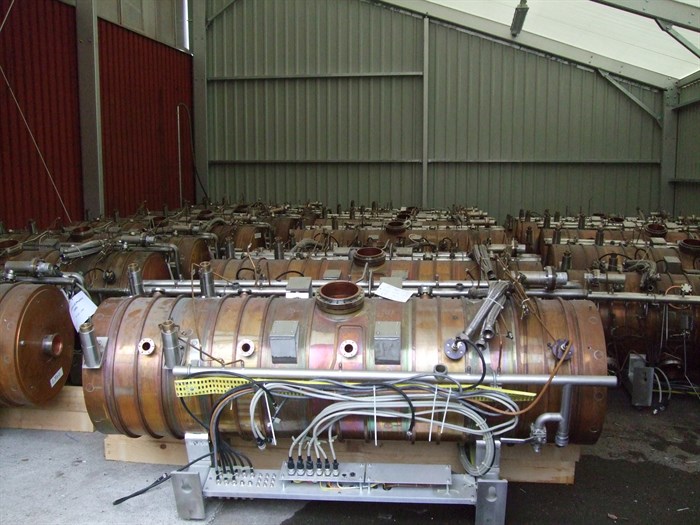 Above: Cavities in the store room at CERN.

What happened to LEP?

LEP was closed down on 2 November 2000 to make way for the construction of the Large Hadron Collider in the same tunnel. Copper cavities from the LEP are still used today for research and training in laboratories around the world.

This copper cavity was generously donated to National Museums Scotland by CERN in 2014 and is now on display in our Enquire gallery. 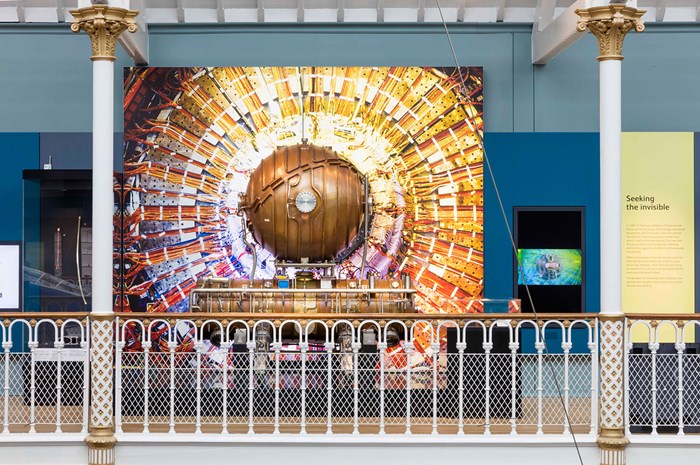 Above: The copper cavity on display in the Enquire gallery.