The Messerschmitt Komet was the fastest aircraft of the Second World War, and the only rocket-powered fighter plane ever to be used in combat. Yet it was not as successful as expected, only shooting down nine Allied aircraft for a loss of 14 Komets.

The fuels used to power the Komet were highly corrosive, so pilots had to wear special rubberised asbestos flying suits to give protection in case of a fuel leak.

Above: Illustration of the Messerschmitt Komet at the National Museum of Flight

The Komet was designed by the German aeronautical engineer Alexander Lippisch. He was particularly keen on tail-less aircraft designs and many of his aircraft, including the Komet, had no tailplane. Lippisch designed a series of tail-less gliders during the 1920s and 1930s.

The Komet featured a number of other unusual details in its design, including the use of a reusable bogey or wheeled dolly for take-off and a retractable skid for landing. This saved weight on the aircraft in flight but made landing tricky.

Another intriguing feature of the Komet is the small propeller at the front of the rocket powered aircraft. This is too small to have ever moved the aeroplane, but instead was used to drive a generator, producing electricity to power various equipment including the radio and instrumentation. 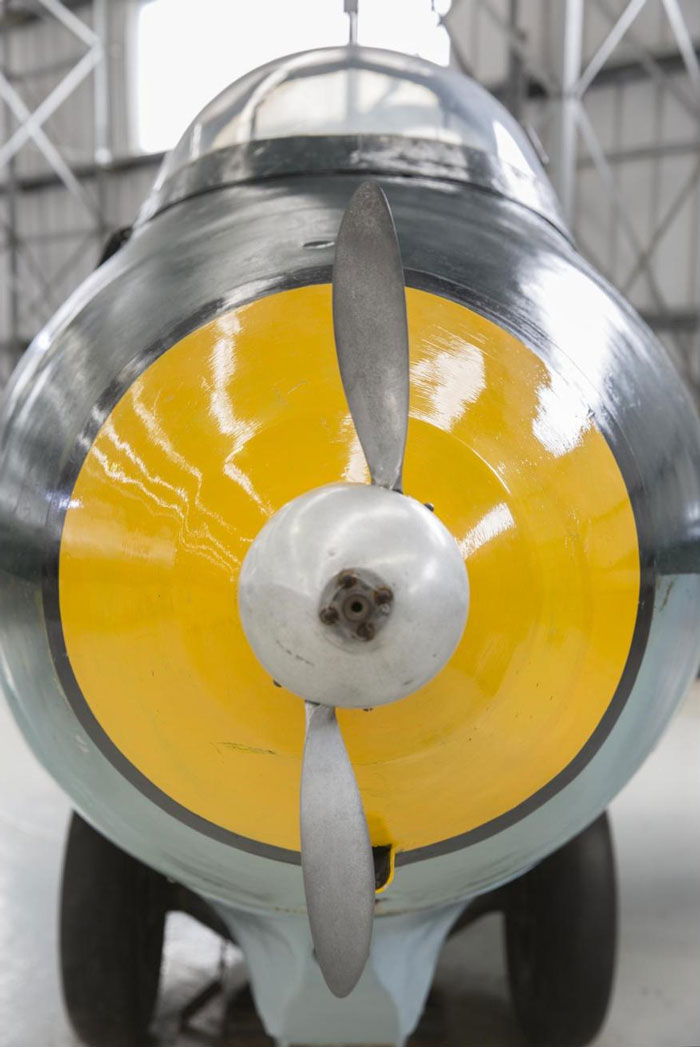 Above: The Komet's small propeller is not designed to move it but to power equipment.

The Komet was the only rocket-powered aircraft ever to enter combat. The engine gave a phenomenal performance that made it possible for the Komet to get close to the speed of sound. The Walter rocket motor which powered the Komet used two very dangerous fuels. These were concentrated hydrogen peroxide and a solution of methanol and hydrazine hydrate. These two fuels would explode on contact.

The fuels were also highly corrosive and as a result the pilots would wear a special rubberised asbestos flying suit to give protection in the event of a fuel leak. This was a real risk since either side of the pilot were 60 litre tanks filled with hydrogen peroxide. The main tank with a further 1,040 litres was immediately behind the cockpit. 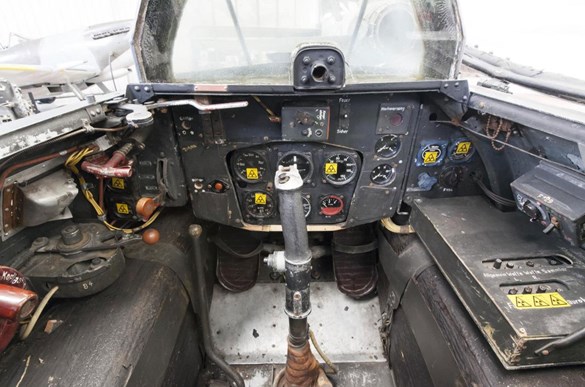 Above: The cockpit of the Messerschmitt Komet.

Although called the Messerschmitt Komet, this aircraft was not built by that company. Messerschmitt was building as many aircraft as it could during the Second World War. As a result, the German Air Ministry ordered production of the Komet to be given to other companies, initially Klemm and later Junkers. Smaller parts were built by other businesses. Many of these companies are known to have used forced and slave labourers in their factories. Another Komet, preserved in the Canada Aviation and Space Museum, was found to have grafitti placed inside by a French forced labourer.

On 10 June 1945, the Komet at the National Museum of Flight, serial number 191659, was flown by Scotsman Captain Eric 'Winkle' Brown. He was the only Allied pilot ever to fly a Komet with the rocket motor running. 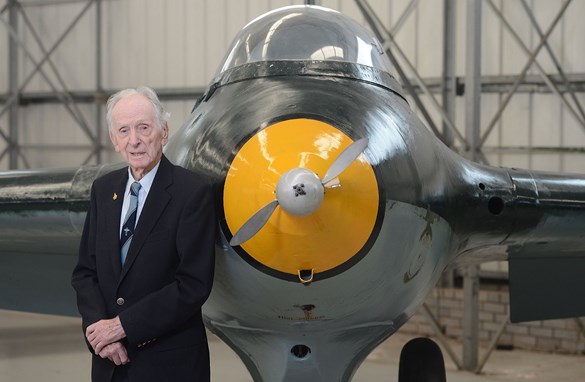 Above:  Captain Eric Brown at the National Museum of Flight, with the Messerschmitt Komet he flew. 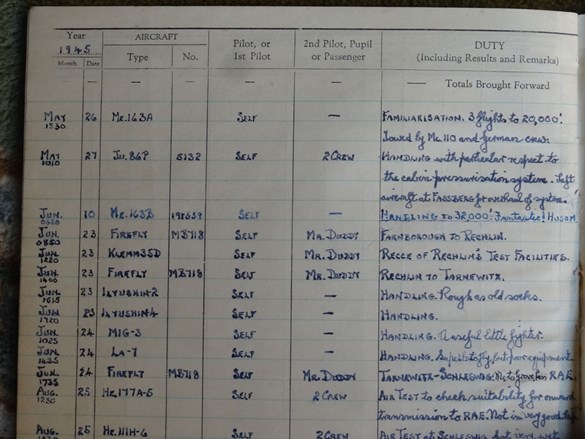 Above: This page from Captain Brown's log book shows his flight in the Komet. In the comment field he's written 'Fantastic!'

In 1945 this Komet was shipped to Britain and two years later transferred to the College of Aeronautics at Cranfield (now Cranfield University). It remained part of their 'Library of Flight' until 1975, when it went on display at the National Museum of Flight.