The Spitfire is the most famous of all British combat aircraft, and played a vital role in the Battle of Britain in 1940.

There are over 50 airworthy Spitfires still flying today. 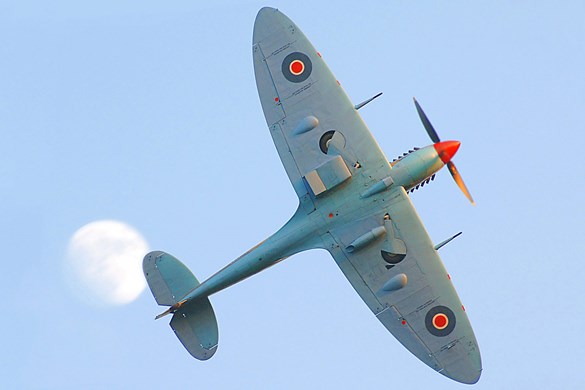 Above: Spitfire in flight. © Crown copyright.

The Spitfire was designed by RJ Mitchell. It developed from work he had carried out on a series of seaplanes to compete for the Schneider Trophy air race in the 1920s and 1930s. 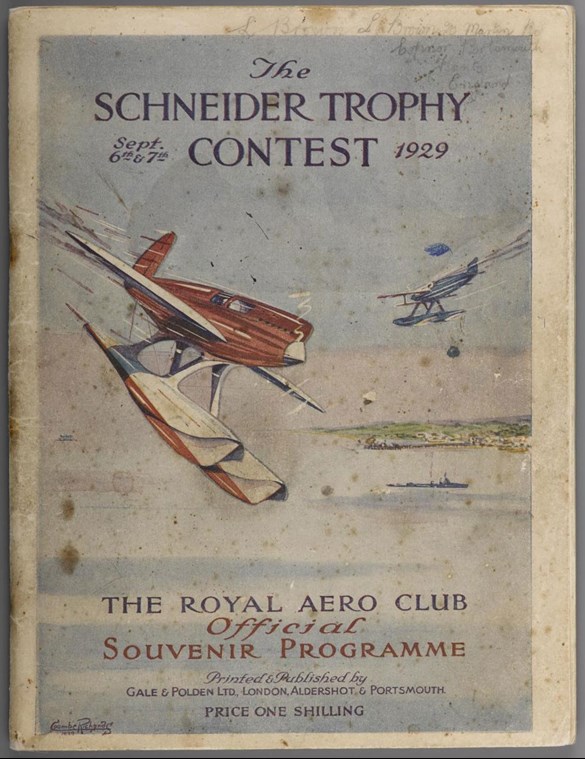 Above: Souvenir programme from the Schneider Trophy Contest 1929.

The prototype Spitfire first flew on 5 March 1936 and the last Spitfire was built in 1948. During that time, more than 20,000 were built. The design of the Spitfire changed significantly, with ever more powerful engines and changes to the shape of the fuselage and cockpit canopy, among other changes. The final version of the Spitfire, the Mark 24, was very different to the original Mark I.

RJ Mitchell died in 1937 and all the changes after that time were led by the Chief Designer who succeeded him, Joseph Smith.

The Spitfire first entered service with the Royal Air Force on 4 August 1938. Number 19 Squadron, based at RAF Duxford (now the Imperial War Museum) was the first to be equipped. 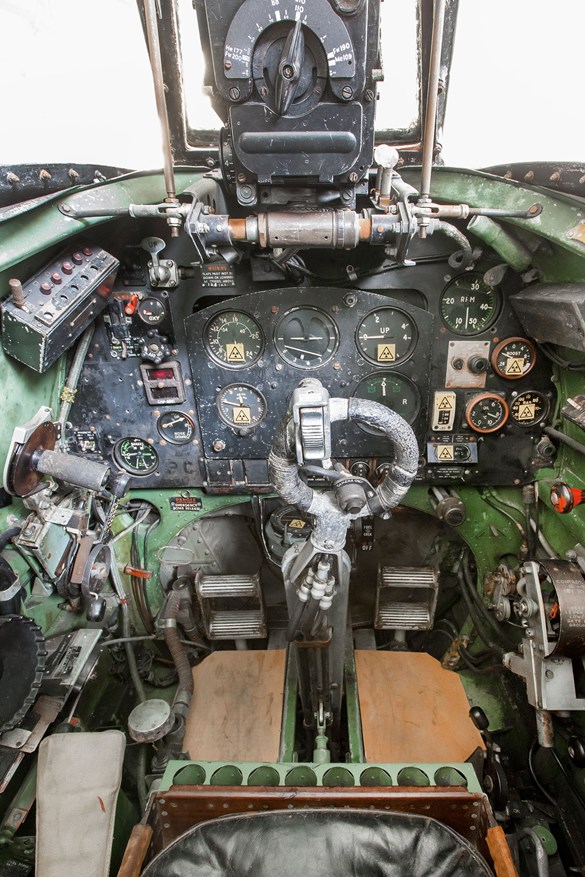 Above: The cockpit of the Spitfire at the National Museum of Flight.

Pilots Joy Lofthouse and Captain Eric 'Winkle' Brown describe what it was like to fly the iconic Spitfire aircraft.

The Spitfire at war

Numbers 602 (City of Glasgow) and 603 (City of Edinburgh) Squadrons flew Spitfires at the start of the Second World War. On 16 October 1939 the German Air Force, or Luftwaffe, launched air attacks on Royal Navy ships in the Firth of Forth. It was the first air attack on Britain since the end of the First World War. Two German Junkers Ju 88 bombers were shot down into the Forth by the Scottish Spitfire squadrons.

The Battle of Britain took place between 10 July and 31 October 1940. The Royal Air Force had nearly 2,000 aircraft of which around 370 were Spitfires. A total of 529 enemy aircraft were shot down by Spitfires during the battle.

Spitfires would go on to be used throughout the Second World War. They helped defend the island of Malta in the Mediterranean as well as taking part in the campaigns in Italy, North Africa, Burma (now Myanmar), the Pacific (including defending the Australian town of Darwin from Japanese air attacks), with Soviet forces on the Eastern Front and also attacks on Occupied Europe. The Spitfire also provided air support to the Allied forces liberating Europe.

Spitfires remained in RAF service after the end of the Second World War. The last RAF Spitfire mission was on 1 April 1954. This was a photographic reconnaissance flight in Malaysia, searching for communist guerrillas. Spitfires remain flying with the RAF today, as part of the Battle of Britain Memorial Flight. 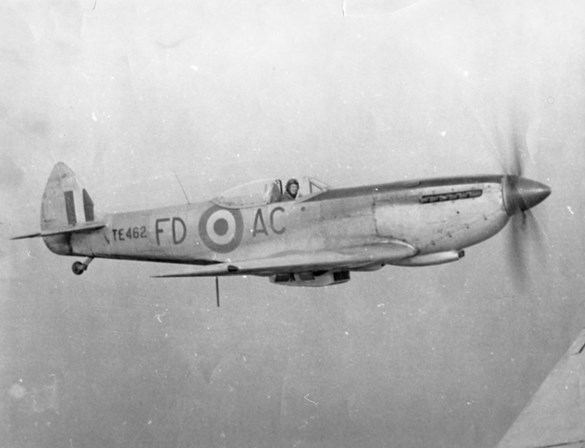 Above: Our Spitfire in flight in 1951. The pilot flying the aircraft is Flight Sergeant (later Flight Lieutenant) Walter Forster, AFM.

Our Spitfire was built in July 1945, too late to see combat in the Second World War. It flew with a Flying Refresher School in Yorkshire which retrained Royal Air Force pilots, then spent time as a gate guard at RAF Ouston, Northumberland. In 1971, the Ministry of Defence donated the Spitfire to the Royal Scottish Museum in Edinburgh (now the National Museum of Scotland). Due to lack of space to accommodate the aeroplane, the museum was granted permission to acquire one of the hangars of RAF East Fortune in East Lothian, as a storehouse for aeronautical exhibits. With this, the seeds were sown for the development of the National Museum of Flight.