In 1614, Edinburgh-born Renaissance scholar John Napier invented logarithms. A means of simplifying complex calculations, they remain one of the most important advances in the study and practical application of mathematics. Napier’s ‘bones’ or ‘rods’ are just one of the methods this brilliant mathematician invented to speed up arithmetic.

John Napier also studied the occult and gained a reputation as a wizard. Many people thought that his pet black cockerel was a familiar – a supernatural being which assisted witches and wizards in their magical practice. However, the Napier family held the hereditary role of King’s Poulterer and Napier may have kept the cockerel on a whim.

“
…there is nothing … so troublesome to mathematical practice ...than the multiplications, divisions, square and cubical extractions of great numbers, which besides the tedious expense of time are for the most part subject to many slippery errors, I began therefore to consider … by what certain and ready art I might remove those hindrances.
- John Napier 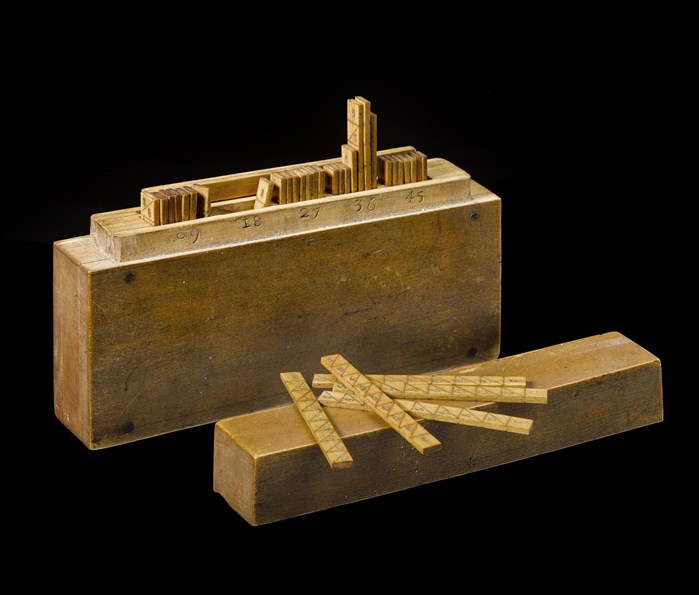 Above: Set of Napier's bones.

John Napier was born in 1550 at Merchiston Castle near Edinburgh, now part of Edinburgh Napier University. He lived in a world that saw the dawn of Renaissance scientific achievement and discovery, yet still clung to some aspects of medieval magic. 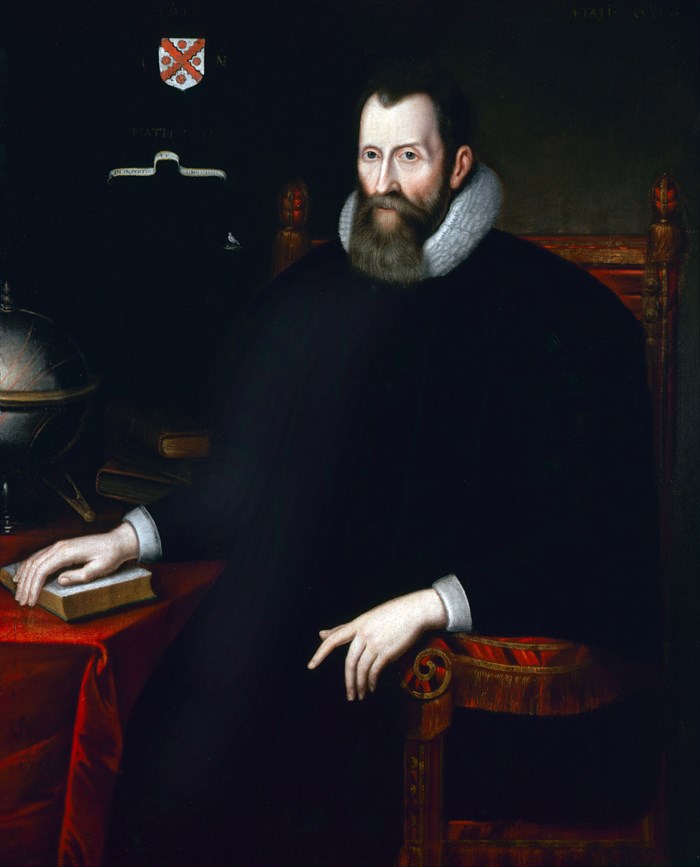 Napier was a brilliant scholar. His interests and expertise ranged from philosophy, religion and politics, to astronomy, military invention and agricultural improvement, but it is for his mathematical work which he is primarily remembered. 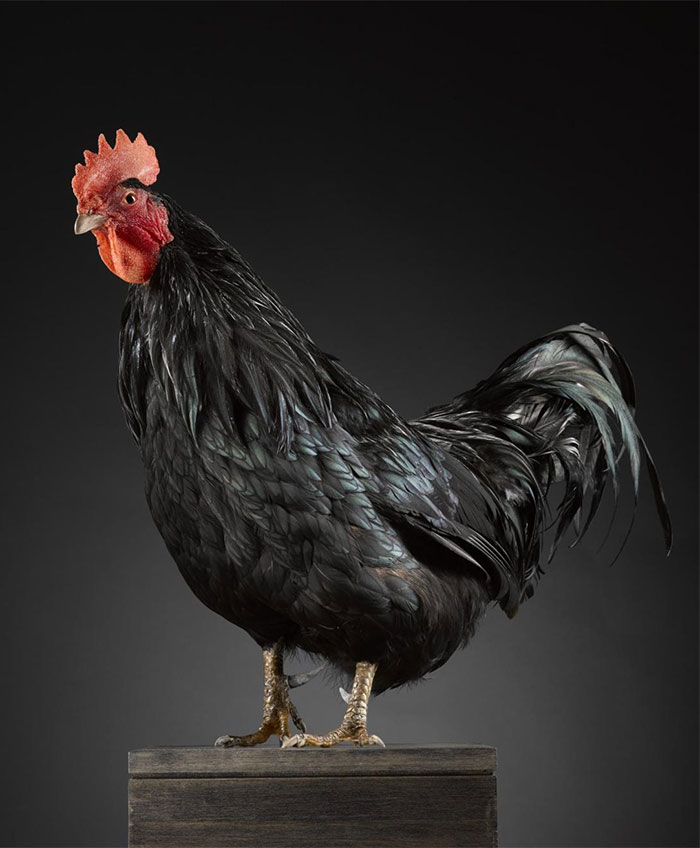 Above: Scots Dumpy rooster, similar to the 'familiar' kept by Napier.

Like many successful inventors, his work came from a deep understanding of a problem, and a tenacious determination to solve it. He worked in particular on simplifying arithmetical calculations, which were time consuming, tedious and hampering, particularly to those doing calculations involving trigonometry. In his own words, translated from Latin:

“
The difficulty and prolixity of calculation, … a toil which is apt to deter most people from the study of mathematics, I have all my life with what powers and little genius I possess laboured to eradicate.

Napier spent over 20 years developing various methods of simplifying calculations and in 1614 Mirifici logarithmorum canonis descriptio, his work introducing logarithms, was finally published. The impact of his invention was enormous. More rapid calculation was now available to mariners for navigation, to land and military surveyors for their plans and particularly to astronomers.

Although travel and communication was slower and more difficult in those days, Napier was not working in academic isolation, but was part of a European network of scholars. Leading astronomers of the day, including the Dane, Tycho Brahe (1546-1601), and German, Johannes Kepler (1571-1630), were aware of Napier’s work from 1594, and Kepler published his own work on logarithms in 1624.

The word logarithm was devised by Napier from the Greek for ratio-number.

Napier worked out a correspondence between two series, and filled in the gaps between the numbers, a particularly laborious task. Among other properties, logarithms provide an efficient means of calculation, particularly transforming multiplication into addition and division into subtraction. They were usually used listed in tables in books, or as logarithmic scales on slide rules.

While logarithms remain a significant part of mathematics today, it is interesting to see that the way they are defined has changed. Up until about 1900 the encyclopaedia definitions followed Napier, by first mentioning logarithms as a number series. After this date the definitions mostly start from the concept of a base and exponent, as in Wikipedia:

The logarithms we most commonly use today are called base 10 logarithms. This is different to the form which Napier published in 1614 (which had a base in modern notation of 1/e). Henry Briggs (1561-1630) of Gresham College, London, discussed the problem with Napier and published the first base 10 logarithms in 1617. Briggs is sometimes credited with having devised modern common logarithms, as well as calculated them, but it is clear from the forewords to his and Napier’s books that the idea was Napier’s. However, the considerable labour of calculating the revised logarithms was done by Briggs, or potentially unacknowledged students and helpers.

Napier worked on other calculating methods, probably using them to speed up the work of calculating his logarithms. He was the first to introduce the use of the decimal point and to propose using binary numbers in calculations.

Particularly associated with his name are Napier’s rods (or bones). These could be assembled in different ways to multiply or divide large numbers by reading across the columns of figures. Isaac Newton (1643-1727) recommended their use for repetitive computation. Devices similar to Napier’s rods were still being made in the late 19th century.

Napier published his work on the rods and other techniques in 1617 just before he died, in a book called Rabdologiae or ‘speaking rods’.

Soon after the publication of Napier’s Logarithmorum, other mathematicians developed logarithmic calculating devices. These let people use logarithms without the number tables.

In 1620, Edmund Gunter (1581-1626) introduced rules with logarithmic scales which could be used with dividers for calculation. By 1630 the first slide rules had been constructed by arranging two of Gunter’s scales so that they could move side by side.

About the same time William Oughtred (1575-1660) devised the circles of proportion, a circular slide rule. One of these instruments made by Robert Davenport is the earliest known signed scientific instrument made in Scotland in about 1650. 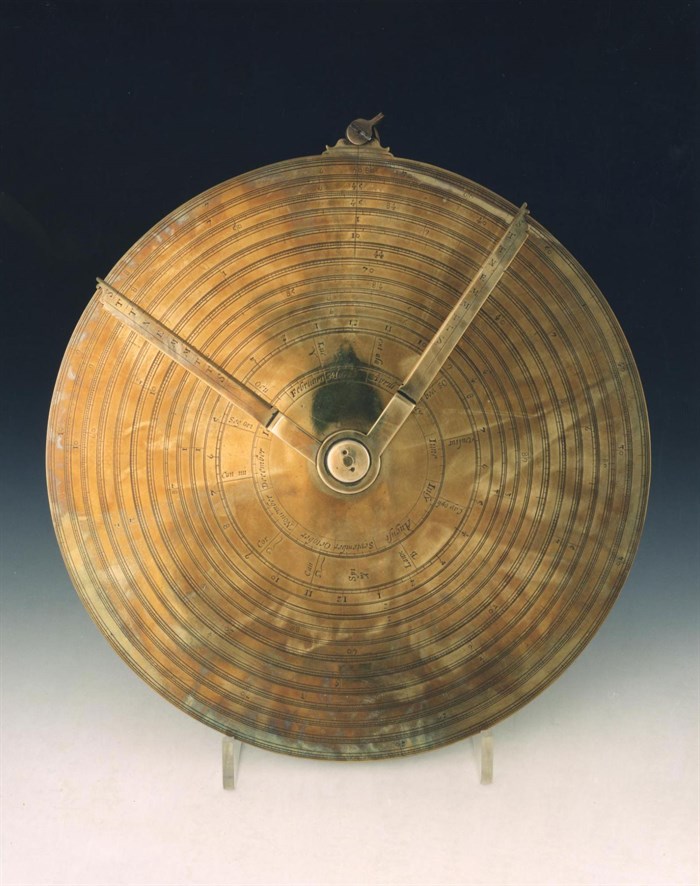 Above: Instrument with circles of proportion designed by William Oughtred and made by Elias Allen, English, 1648. On display in the Discoveries gallery in the National Museum of Scotland. 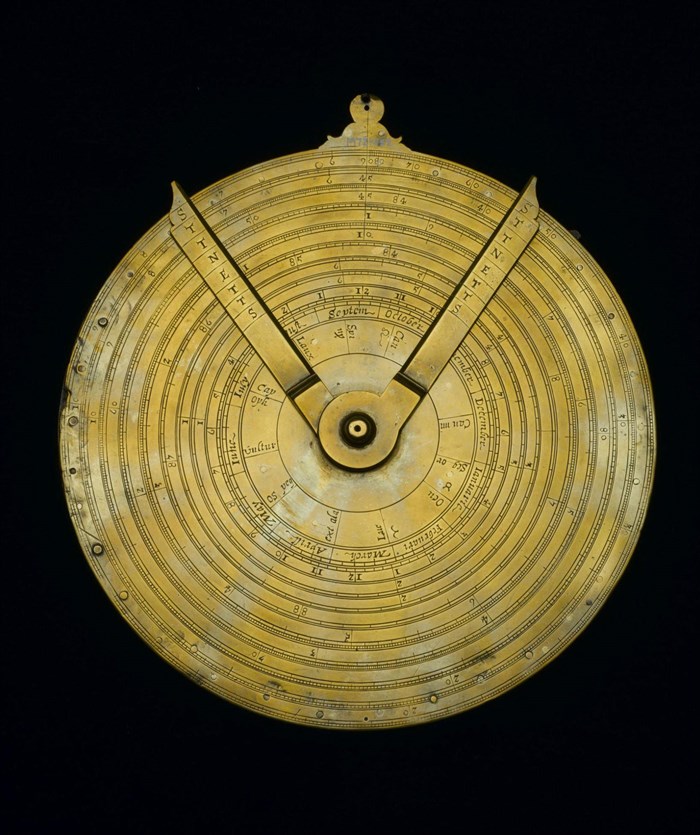 Above: Instrument with circles of proportion by Robert Davenport, Scottish, c1650.

Charles Babbage (1791-1871), the computer pioneer, was directly inspired by John Napier’s logarithms and other number tables. Such tables took years to calculate and check. Despite this effort there were often errors in the printed versions which resulted in wrong answers to calculations.

Babbage’s ‘difference engine’ was intended to solve these problems, by calculating the numbers and producing printing plates automatically. He also experimented with different coloured papers and inks to make the tables as clear to read as possible.

Despite Babbage’s efforts, until the 20th century calculating tables of logarithms had to be done by hand, and it was a hugely time-consuming task to ensure there were as few errors as possible. Most tables were copied from previous editions with corrections, and new slips.

One of the biggest and best tables of logarithms was calculated in the late 19th century by the Edinburgh mathematician, engineer and scientific instrument maker Edward Sang (1805 – 1890) and two of his daughters, Jane Sang (1834 – 1878) and Flora Sang (1838 – 1925). These 47 handwritten volumes proved to be rather a white elephant and were never published, because of the high cost of printing such a large work, the few people who would actually use it and the difficulty of fair recompense for the huge work of calculation. You can read more about the Sangs' work here.

The legacy of logarithms

Slide rules and logarithm tables were a very visible legacy of Napier’s work until the late 20th century. They were particularly appropriate for many technical and engineering calculations. Slide rules were faster, but only gave the first two or three digits of the answer. The log tables were slower but gave more precise results.

Slide rules remained in common use until the 1970s. 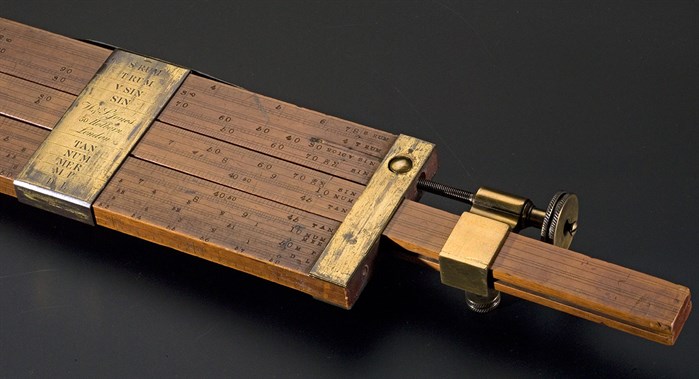 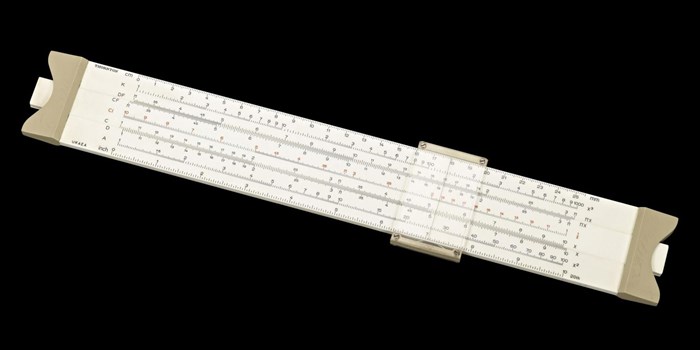 Many other types of calculating machines have been invented for different jobs. Mechanical calculators were particularly good where every digit was important, such as for adding up sums of money.

Today, electronics have replaced nearly all other calculating devices, but all calculators have a ‘log’ button and some computer chips are designed particularly for logarithmic calculations. 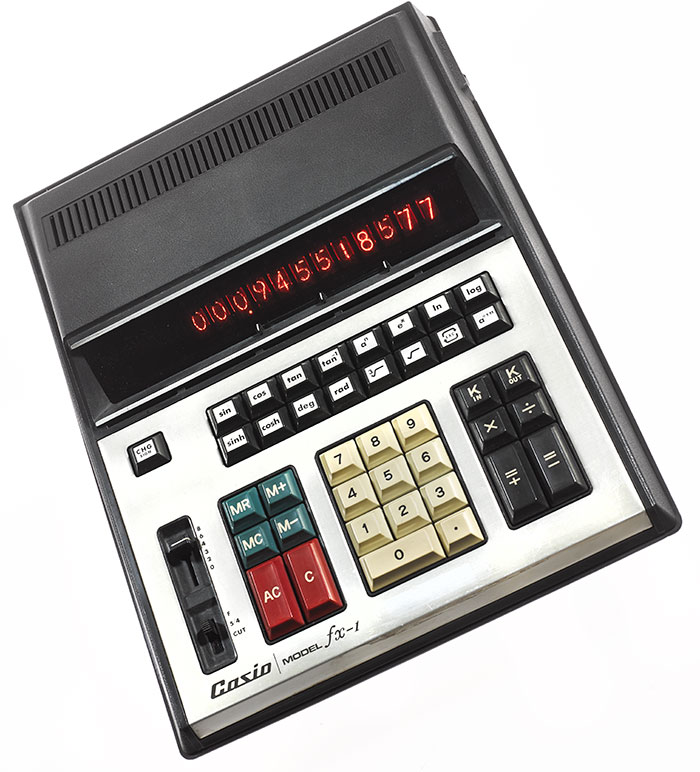 Above: 1970s Casio FX-1 calculator. The log button is in the top right hand corner.

Logarithmic scales are also used for measurement, from decibels for sound to the Richter scale for earthquakes.