Crozier and Coigreach of St Fillan

This beautiful medieval bishop’s crook and silver-gilt case, or Coigreach, are associated with St Fillan of Perthshire, and are among our most important medieval church artefacts.

The Crozier and Coigreach are on display in the Kingdom of the Scots gallery, Level 1, National Museum of Scotland. 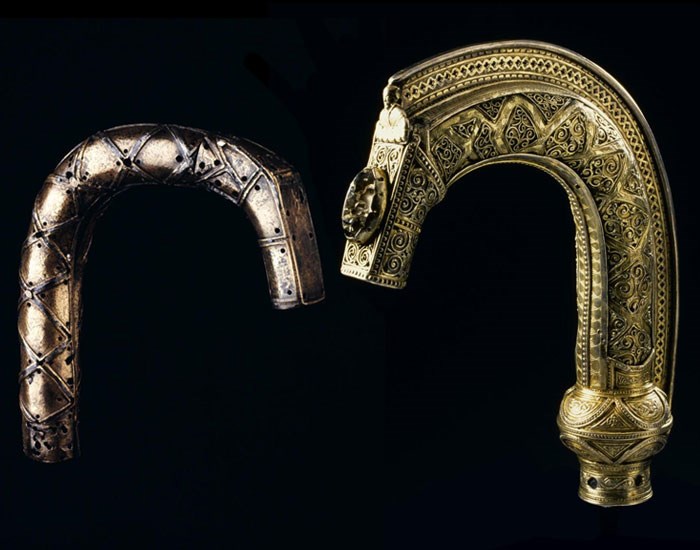 The St Fillan’s Crozier and Coigreach are two separate yet connected objects. Both are associated with Fillan, who according to tradition was an early-medieval abbot who settled in Glendochart in Perthshire.

What is a crozier?

A crozier (sometimes spelled crosier) is a staff of office usually surmounted by a crook, which represents the pastoral authority of a bishop, symbolising their role as the shepherd of their ‘flock’. The St Fillan’s Crozier dates to the eleventh century and is made in the characteristic West Highland style, decorated with niello, a black mixture of copper, silver and lead sulphides often as an inlay in Celtic jewellery. 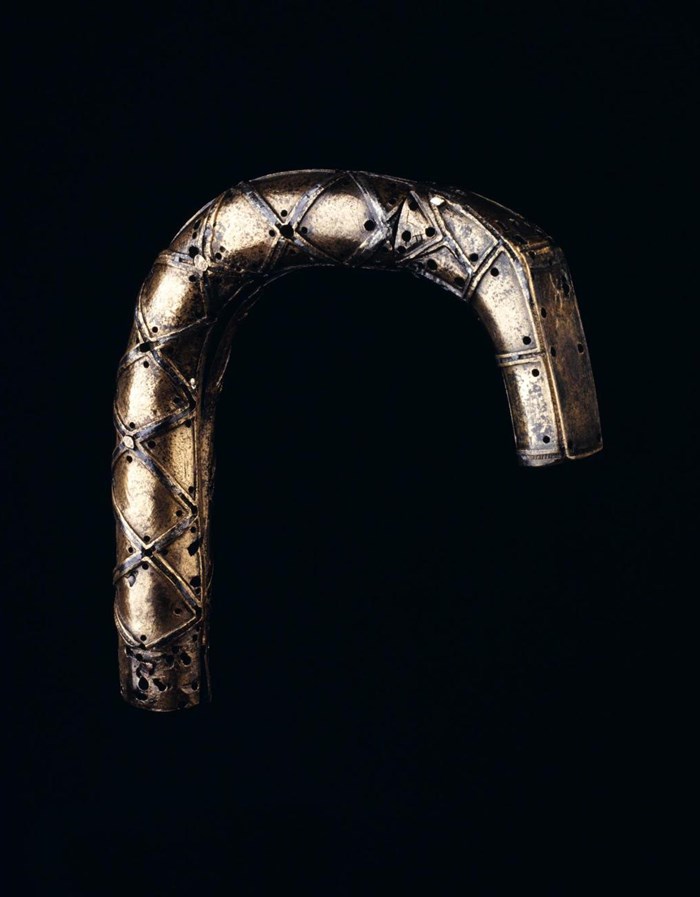 Among the earliest surviving croziers are examples from Hoddom, Dumfries and Galloway now in the British Museum, and St Fillan’s Crozier, both dating to the eleventh century. More elaborately decorated croziers from the twelfth century include the drop from St Finan’s Isle, Loch Shiel, another decorated drop from Hoddom, and one from a bishop’s grave at Whithorn, Dumfries and Galloway.

The Coigreach, created at a much later date, is a silver-gilt reliquary, which was made as an elaborate shrine to encase the St Fillan’s Crozier. Although the Coigreach originally dates from the 13th century, with additions from the 14th and 15th centuries, it incorporates panels of filigree removed from the Crozier.

The fact that such an elaborate reliquary was created for the Crozier indicates its significance, and the survival of both these objects is evidence for the place of Fillan as a national saint. Traditionally, this object-pair was imbued with the power to heal both humans and livestock, and was used for blessings. 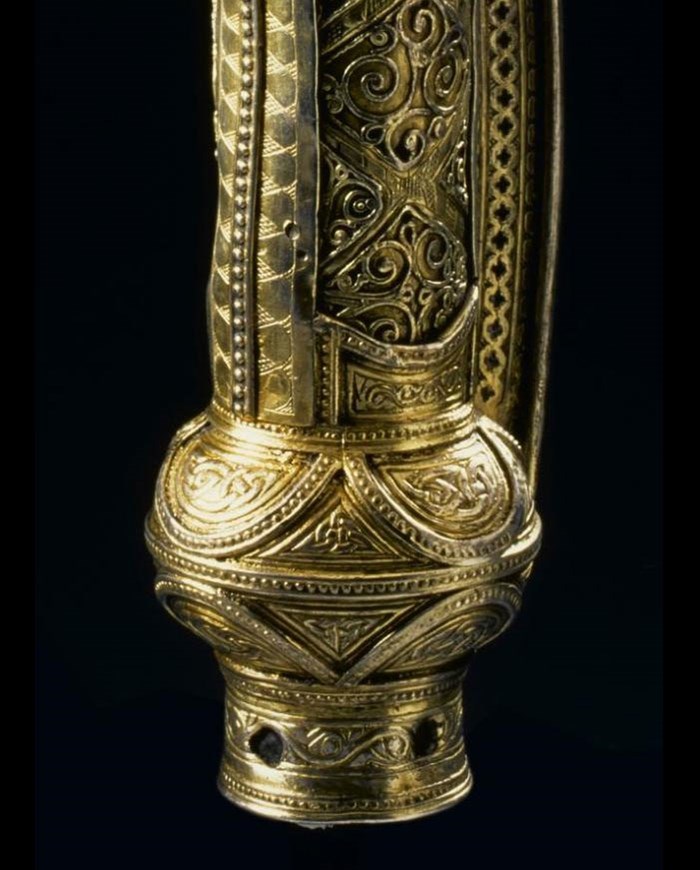 St Fillan was a well-loved saint in medieval Perthshire, and we know of other relics of his from several sites, like the bronze handbell from Strathfillan. This is one of several early medieval (seventh- to eleventh-century) handbells used in early monasteries in Scotland and Ireland, which became saints’ relics in the later medieval period. Some of these, like one from Kilmichael Glassary, were enshrined with elaborate reliquaries like the Coigreach which shows they continued to be venerated centuries after they were first made. 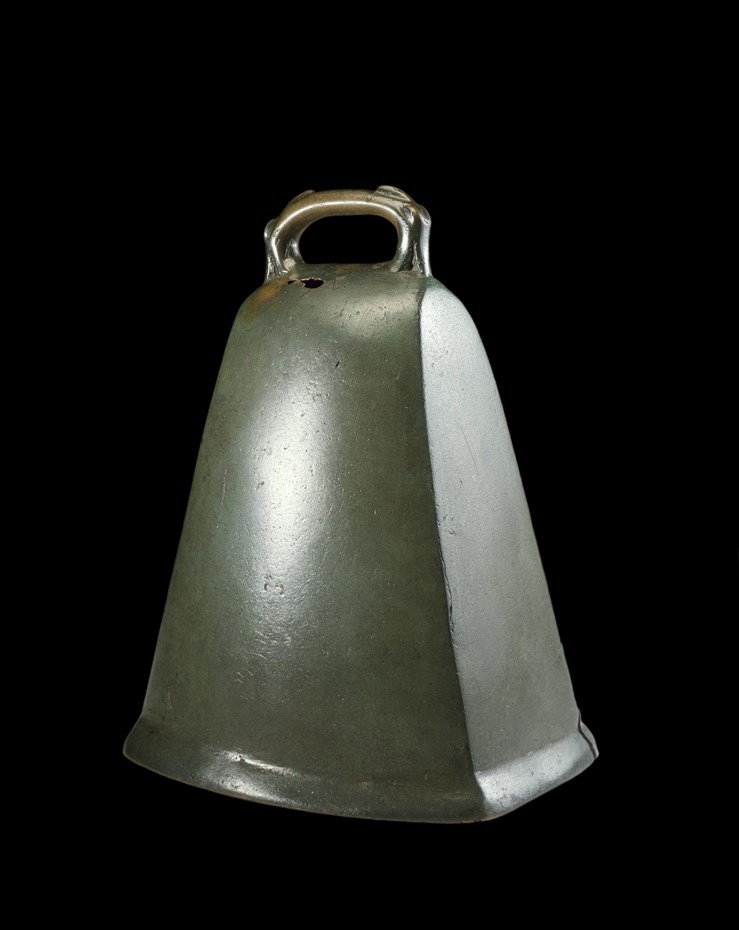 Keepers of the Crozier

The Dewar family of Glendochart, Perthshire, preserved the double shrine for many centuries. Over time this family became known by the Gaelic name for a keeper of symbolic relics – deòradh – and in turn this became more commonly anglicised as ‘Dewar’. Thus by the 14th century this was the usual rendering of the surname of the keepers of the Coigreach.

The Coigreach and the Crozier were to travel far beyond Scotland. In 1819 they were taken by the then hereditary keeper, Archibald Dewar, when he emigrated to Ontario. Even in a new continent the traditions surrounding the objects continued. As had been the custom in Scotland, the Coigreach was used to bless the drinking water of cattle of Scottish emigrants in Ontario.

It was thanks to the diligence of the Scottish antiquarian and archaeologist Sir Daniel Wilson that these two important medieval objects were successfully returned to Scotland. It was at the time of its homecoming that the Crozier was removed and separated from the outer shrine of the Coigreach, which is how you’ll see them on display today.